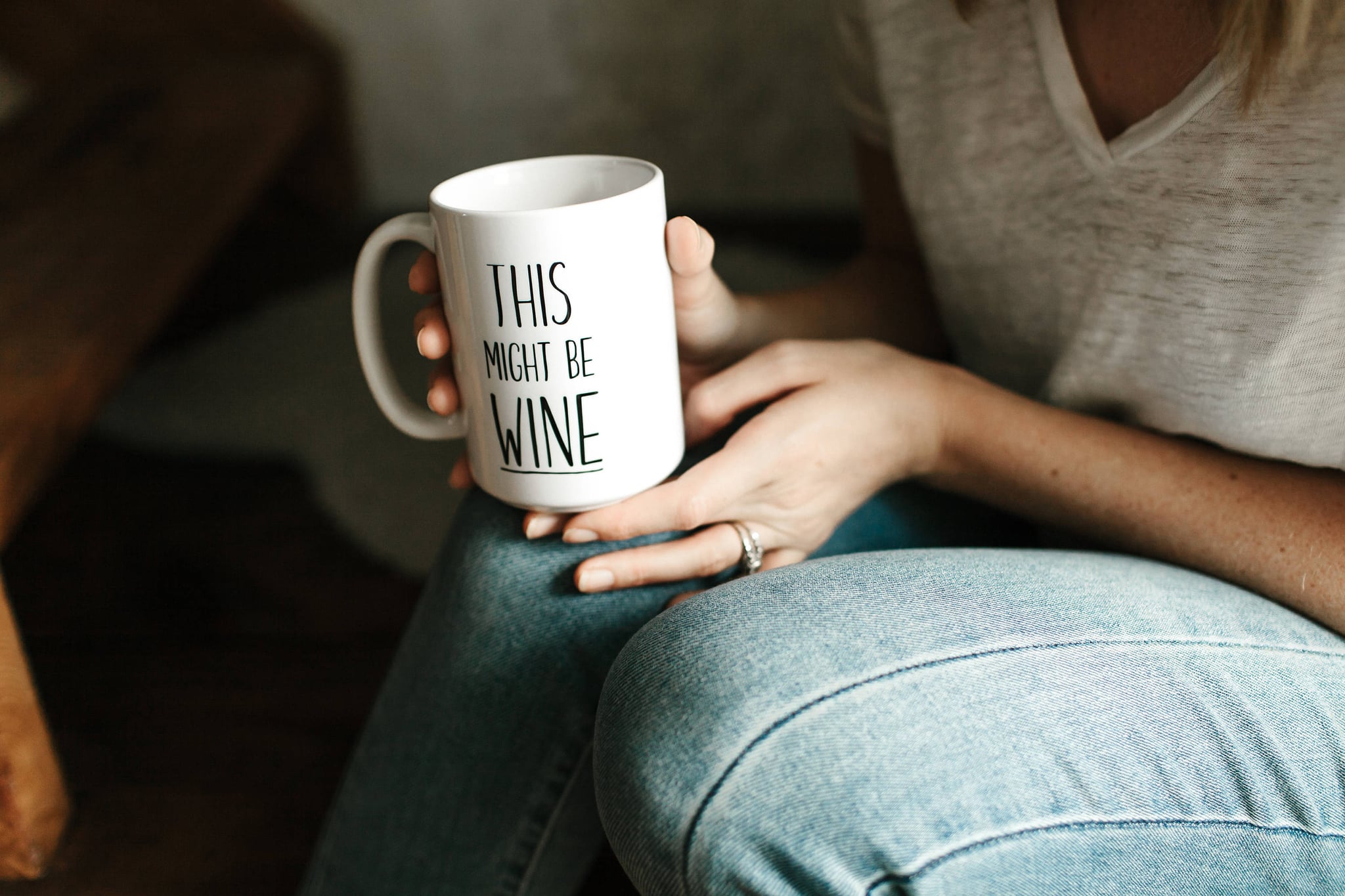 Long before I ever discovered the joys and struggles of parenting, I discovered the simple pleasures of wine (and the occasional vodka soda, margarita, and dirty martini). I've always been a social being, and to me, that often meant meeting friends for drinks on weekends or boozy weeknight dinners. In a former life, I worked at a magazine, and at least two or three times a week, I'd join my coworkers at some event, where drinks were always free and flowing. In short, drinking, occasionally to excess, has always been part of my adult life.

And then I had kids, first a daughter six years ago, followed by a son three years later. While big nights out with friends became much fewer and farther between, the lure of a drink or three was still there. I needed something to take the edge off spending all day with a fussy baby or a tantruming toddler, something to remind me that I was actually an adult, capable of consuming more than grilled cheese crusts and Starbucks lattes, ordered at a drive-through window while my infant slept in the backseat.

Related:
All the Wines That Pair Best With Your Child's Crappy Behavior

Most nights, I'd crack open a bottle of wine while making my husband dinner (a task that I actually enjoyed because it, too, reminded me of my prekid life, where good food was plentiful and going out to dinner was more of a realistic and enjoyable option). By the time that dinner was eaten, the plates were loaded in the dishwasher, and my kids were in bed — the craziest hours of the day, as every mom knows — that bottle was probably three-quarters of the way gone. I wasn't wasted, but I was definitely buzzed.

I told myself that my kids were too young to really notice the drinking or to have an opinion about it one way or the other. My own parents had been teetotalers when I was a child. I don't remember ever seeing them have a drink until I got to college, when I guess they mutually decided it was OK to start having a couple of glasses of wine or beers in front of me. My mom later told me she made the decision not to drink when I was little because she remembered her own beloved father's behavior changing when he would have his nightly cocktail(s). It confused her, sometimes scared her, and she didn't want me or my brother to feel the same way.

In reality, however, not seeing my parents drink at all wasn't all positive. It gave me absolutely no reference for what responsible drinking looked like, and when I got to college and was surrounded by an insane amount of alcohol, I happily joined in on the binge-drinking train, and that alcohol-consumption pattern has been hard to shake. If a little wine is good, surely a lot is better. Except when I was pregnant; then wine tasted like garbage to me, and anyway, I didn't want half a glass of wine. I wanted three.

But as soon as I delivered my babies and gave them a few weeks to get on a breastfeeding schedule, my glass was literally full again and continued to be for years. My wine-loving-mom status has always been validated by my booze-loving peers, not to mention the media and retailers. Just look at all the mugs you can buy on Etsy (like the one pictured above, $18) or watch Claire on Modern Family: wine and motherhood, we're told, is a match made in heaven. So why not have a glass or a bottle every night?

Related:
The Wine-Mom Phenomenon: We Drink to Celebrate, Not to Cope

Recently, however, I started feeling like all that wine that I told myself I needed and deserved when my kids were little had turned into a habit that I wasn't proud of. I've never felt like I was on the verge of alcoholism, but in truth, my drinking had become a problem in my life. I wasn't sleeping well even on the nights my kids didn't wake me up 12 times, my 6-year-old daughter was definitely noticing when I was sipping a white wine spritzer while reading her bedtime stories, and I started feeling like that 5 p.m. glass of wine was no longer a simple pleasure, it was a crutch I was using way too heavily.

Something had to give. As my husband always says, "I like drinking way too much to risk letting it become a big enough problem that I'd have to stop completely." And I agreed. I still wanted to have the occasional couple of glasses of wine and the rare big night out that I'd regret the next morning; I just didn't want those nights to become the rule instead of the exception.

So this Summer, I took two weeks off of alcohol completely. It was the longest I hadn't had a drink since my pregnancies. The first couple of days, I felt myself reaching for that phantom glass of wine at 5 p.m., so I replaced it with a big glass of Spindrift sparkling water or an unsweetened iced tea. By day three, I was feeling physically better, mostly because of the improved sleep, and that alone would have kept me on track (I love to sleep). The added benefits of being more motivated to exercise and less inclined to eat my kids' Chicken McNuggets after a night of too many glasses of Sauvignon Blanc have been pretty nice, too.

A few months in, I've stuck to a pretty firm "no drinking during the week" schedule. I've had a few weeknights when I've gotten out of the house to meet up with friends and decided to have a glass of wine to celebrate, but I try to compensate for those cheat days by not drinking as much on the weekends. Otherwise, I try to limit myself to two or three glasses of wine on Fridays and Saturdays. (Except for last Saturday, when my husband and I booked a hotel room downtown to attend a party with some of our best friends; that hangover was totally worth it.)

As my mom has always told me, "Moderation is key," and now that I'm practicing it, I totally get it. I can enjoy alcohol like a responsible adult in front of my children, I can occasionally get a little wild when I'm away from them, but drinking too much, most days, ostensibly because of them? That's not the kind of mom, or person, I want to be.

Family Life
Exactly How to Talk to Your Kids About the Election at Any Age, According to Experts
by Sydni Ellis 15 hours ago 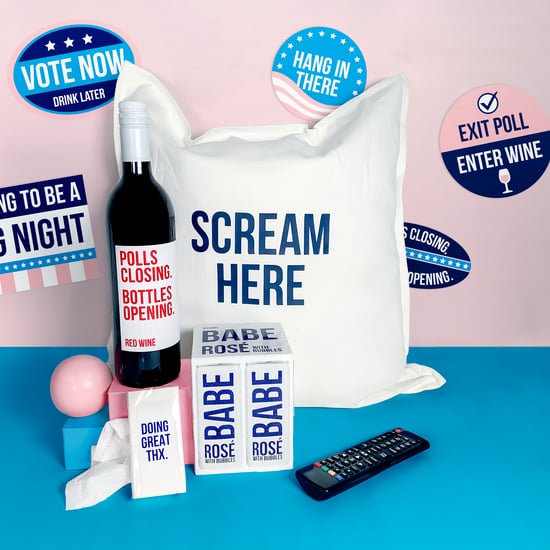 2020 Election
Babe's Election Night Survival Kit Comes With a Scream Pillow and, of Course, Wine
by Perri Konecky 2 days ago