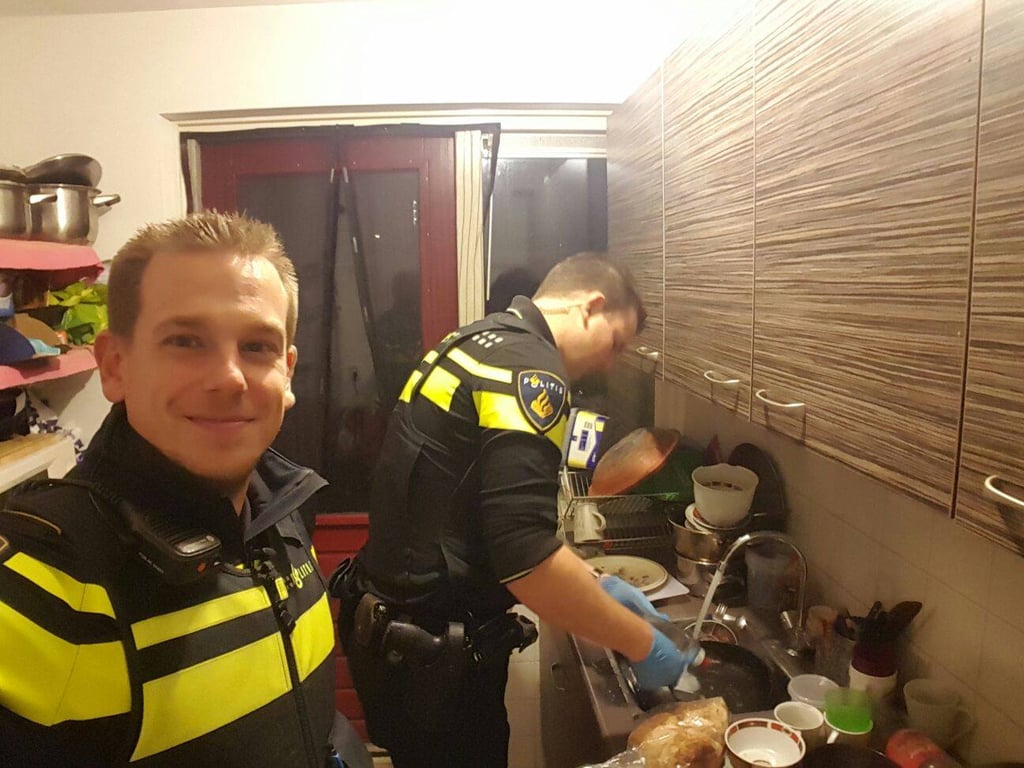 There are plenty of police officers who do a good job — but for these two Dutch cops, "good" isn't in their vocabulary. Instead, they chose to go above and beyond the call of duty when responding to a call from an Eindhoven, Netherlands, mother. The woman, who was suffering from hypoglycemia (unusually low blood sugar), was rushed to the hospital for treatment. Instead of returning to their usual beat when the ambulance left, though, the two responding police officers stayed to care for the mom's five kids.

Waiting for another adult guardian to arrive, the officers cooked up egg sandwiches for the five little ones and kept them entertained while they waited. And to top that, they also cleaned up — according to a photo posted to the Eindhoven Police Department's Facebook page, the uniformed men did a sink full of dishes before leaving.

If that doesn't warm your heart, we don't know what will! We're officially adding these two to our list of favorite police officers, right next to this thoughtful trick-or-treating officer.

Toddlers
Can Toddlers Get Sick From Drinking Bath Water? Here's What the Experts Say
by Sydni Ellis 3 weeks ago