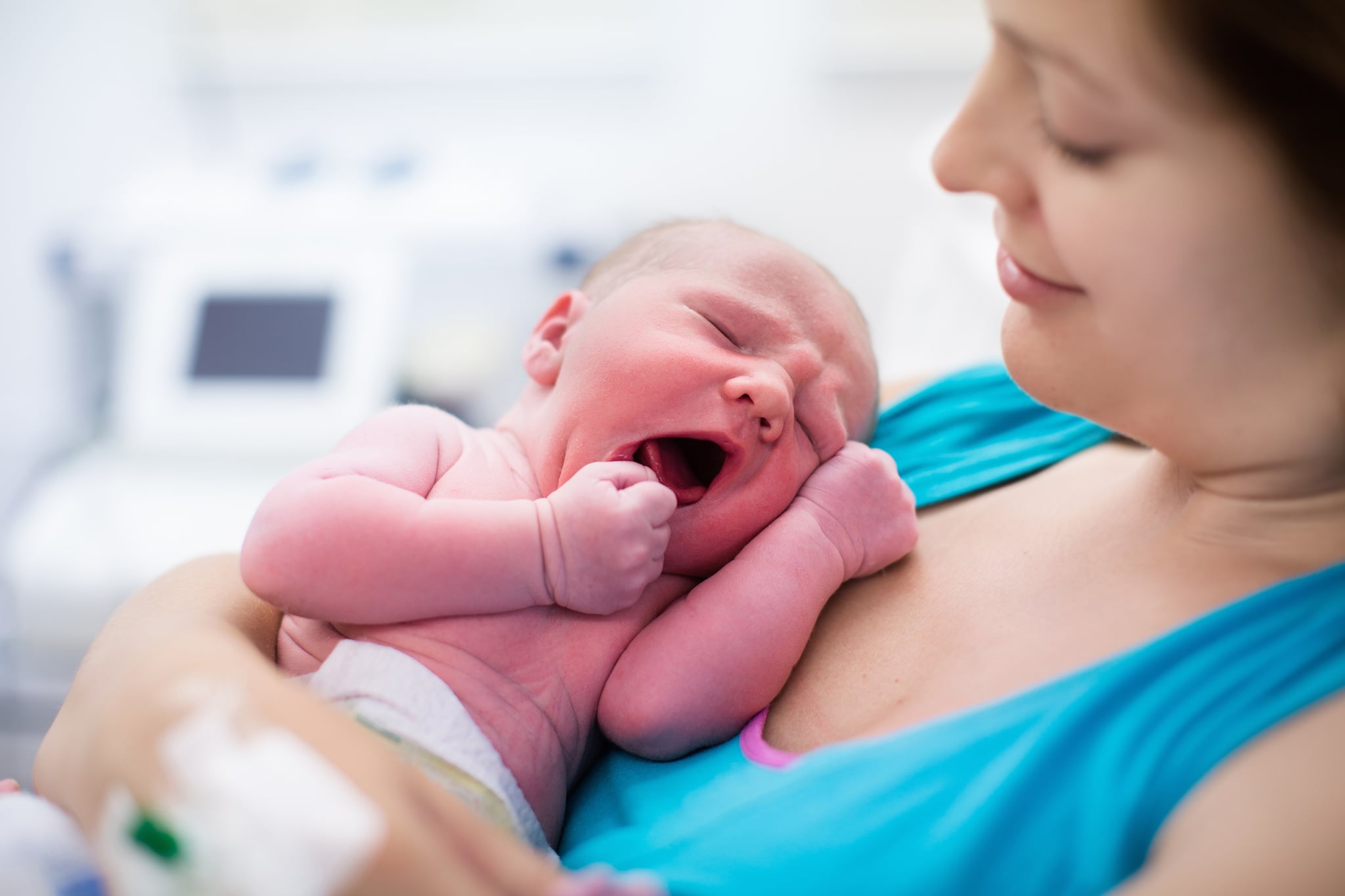 There's nothing better than having someone tell you every single awful labor story or story about how after having a wonderful first born child, her "second kid was the devil incarnate" or that "You look exactly how I looked right before I went into preterm labor" when you're pregnant! Oh the stories! My favorite was the woman who tried to sell me life insurance about a month before I was due just in case I "didn't make it" through labor. I liked that woman a lot until that very moment in which she opened her mouth and I started to hate her.

For some reason, a pregnant woman brings out all of our "stories" for better or for worse. There is a kindred connection and a warm feeling many of us experience when we see a pregnant woman as mothers, but then there are also moms who, while they may mean well, can't help but hold back on their dire tragedies, stresses, and experiences in the hopes that they can scare the living daylights out of some innocent woman!—I mean, help someone. Yes, the mom with the horror story probably means to help you, but it doesn't feel very "helpful." Here are some great comebacks to save the day before someone tells you her horror story — ad nauseam.

When someone shares her terrible labor story, ask her if she wouldn't mind coming to your labor and warning you second by second of what could possibly go wrong. Ask her if she could narrate your labor with the worst-possible outcome and then ask her if she can come with you to warn other moms of their impending labor dooms. Chances are she'll walk away thinking you're a freak show and never say a word about her bad labor to a pregnant mom again.

You know the mom — her first baby was an angel and now that she had baby number two, well, he's just a horror show. He never sleeps, eats — he bites and has the single worst temper ever! She wishes she stopped at one kid! Why are you having another, she wonders? The next time she tells you this (while you're pregnant with your second), tell her that you already made arrangements to birth the next evil villain and that you are looking forward to never sleeping again thanks to his or her black magic. That you are hoping your baby is a nightmare because there's too much good in the world as it is. Besides, a bad temper is a sign of an evil genius. And eating is for the weak.

Ask her to not step too close to your belly either. Explain your baby has magic in the womb and can cause other future babies, babies, children, and teens to be mean, restless, and terrible, horrible eaters.

The "In the Trenches" Horror Story

The cry of a mom who has had a third or fourth baby recently to you, a pregnant woman, and hasn't seen her pillow for more than a few minutes in weeks.

Don't listen to the distress if you're also planning to have your third or fourth child. This is just the beast of sleep deprivation. You will make it through. She's just a mom in the rough stages who has forgotten there is an end to sleepless nights. Well, sort of.

When she goes into her, "It's hell" speech simply nod and smile and walk away and eat some chocolate. It won't help the truth of her words but it will make you feel better in the meantime.

Thank Her and Tell Her to Be Quiet Already

Explain to this horror-story teller that while you understand she may be trying to educate others or find a common bond with you as a pregnant woman that her story is scary and not exactly appropriate for a pregnant woman and that you need her to walk away or be quiet already!

Yes — and say it without an apology!

To the Stranger With Her Horror Story

Strangers especially love to scare pregnant women they don't know. The next time a stranger whips out a really terrifying labor or pregnancy story, tell her you're not pregnant but that really it's a fake bump in order to elicit sympathy and attention from others and that you can't stand kids personally, and by the way does she have any money to spare?

Watch that stranger clam up and walk away . . .

In the long run, strangers and friends will continue to scare pregnant women for eternity, but if it really upsets you, use one of these clever comebacks or simply tell the person, "Hey — you're scaring me. Could you stop?" A little honesty can go a long way and hopefully the person might curb the play-by-play of her horror story the next time!