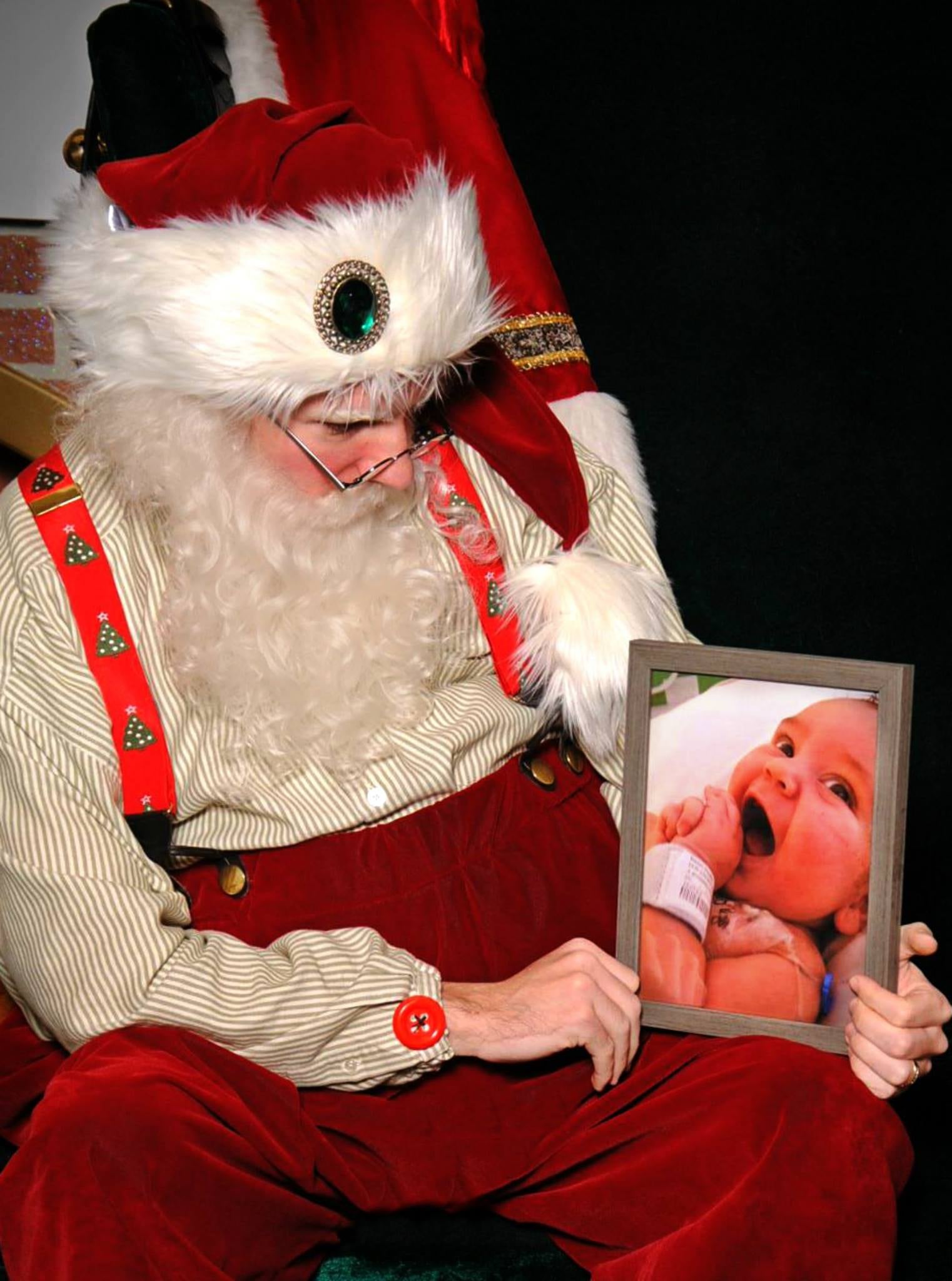 There have been many moving moments on Santa's lap this Christmas season. From playing with children with autism and using sign language with a deaf girl to helping a family reunite with their military dad, Saint Nick has performed his share of miracles from the big chair.

None, however, are as heartbreaking as this.

A photo — which has gone viral on Facebook last holiday season — shows Santa looking down at a framed photo of a smiling newborn baby boy. Turns out, that infant passed away last year, but the boy's father stood in line waiting for his son's chance to sit on Santa's lap.

Santa explained what happened next, and it is truly touching:

A man walked in today holding something in his arms. "I have a request," he said, turning around this picture frame. He took a moment. "My son passed away, last year." He choked up and couldn't finish his sentence. The entire photo set was silent. I said, "Absolutely." Without anyone saying anything, he handed me the frame and I placed it on my knee. In the photo, I could see on the little boy's armband that his first name was Hayden. I didn't ask any questions, but I am guessing that this is his first photo with Santa. The camera snap was the only sound I could hear through the entire mall. Normally, I hear all kinds of music and sounds, but it was absolutely silent. After a handful of clicks, we walked over to the screen and he pointed, saying, "That's the one." The girl working the computer printed him a full photo package and he pulled out his wallet, saying that this was going to be his gift to his wife. We gave him the printed package, telling him that it was a gift and that we would be praying for his family, this Christmas. He grabbed my hand and pulled me in and hugged me, then turned around and left. As he walked out, we all had tears in their eyes. I'm sharing this to remind us all that Christmastime is unbelievably hard for some families. Pray for the brokenhearted. Smile at people. Just be kind. Love one another.

Pray for the brokenhearted. Smile at people. Just. Be. Kind. Well said, Santa.