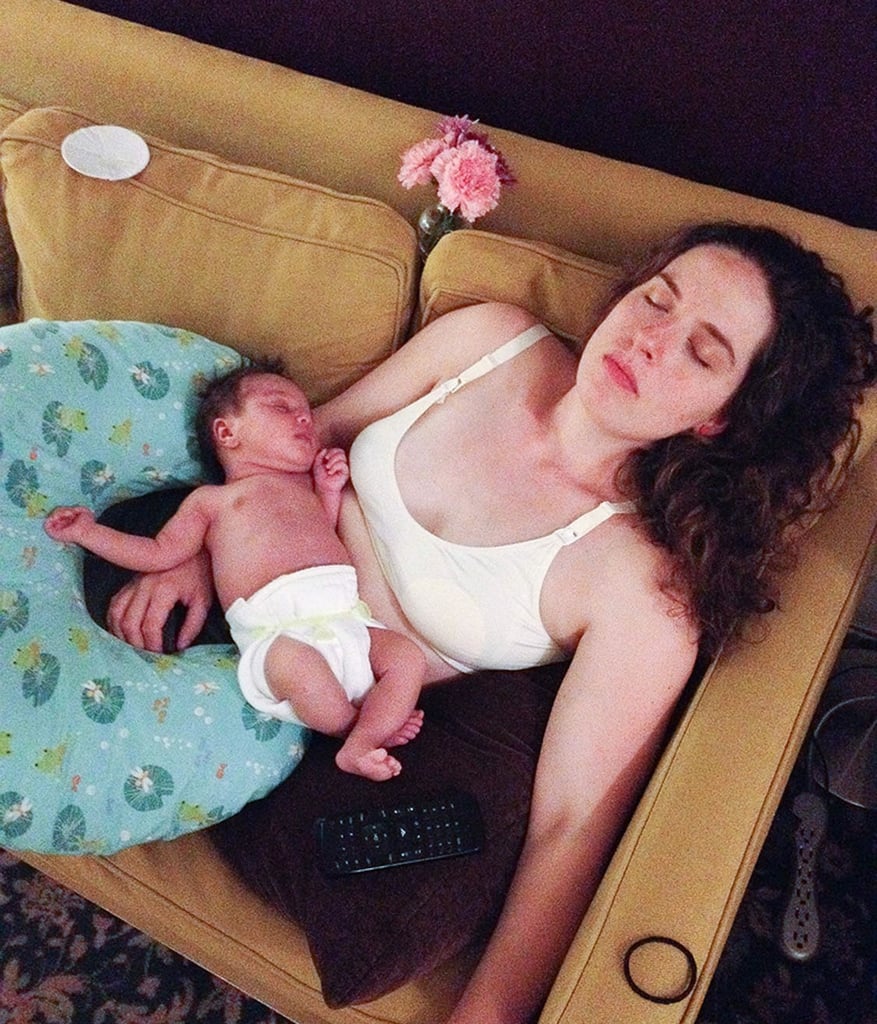 Motherhood is exhausting, but the first days, weeks, months, and years (yes, years) of it are perhaps the most tiring of all.

After giving birth to her daughter, photographer Anna Ogier-Bloomer decided to point her camera inward and capture the first two years in her "new role" as a mom, from the tender moments of nursing in bed to the painful aftermath of such experiences – a zoomed-in look at a pained nipple or a shot of her neck, replete with cuts and scrapes from a typical breastfeeding session.

"Here, I turn my lens on these physical elements: pain on the surface of the skin, illness, emotional outpouring of love and distress, the engorgement of the breast," she told POPSUGAR. "These things simultaneously bring excruciating physical pain and unparalleled emotional joy."

The new series, titled Letdown, demonstrates what she deems the "most difficult yet most meaningful work I'd ever done," and it shows. In just one image – her sitting up asleep, in just a bra with a nipple pad and hair tie strewn on the couch, with her dozing baby resting on her lap – she shows how demanding a journey motherhood is from the start.

"I confront the complexity of these seemingly contradictory states of being, and the ways in which women feel the pull of motherhood, their children, and their physical self and appearance in a way unlike anything or anyone else," Anna said.

Like any mother knows, her work is far from complete: "The physical act of motherhood begins at conception and continues to evolve through a child's life."

Keep reading to see her complete, relatable photo series. Some are NSFW, as they contain nudity, but the image of her in disposable diapers is sure to resonate . . .