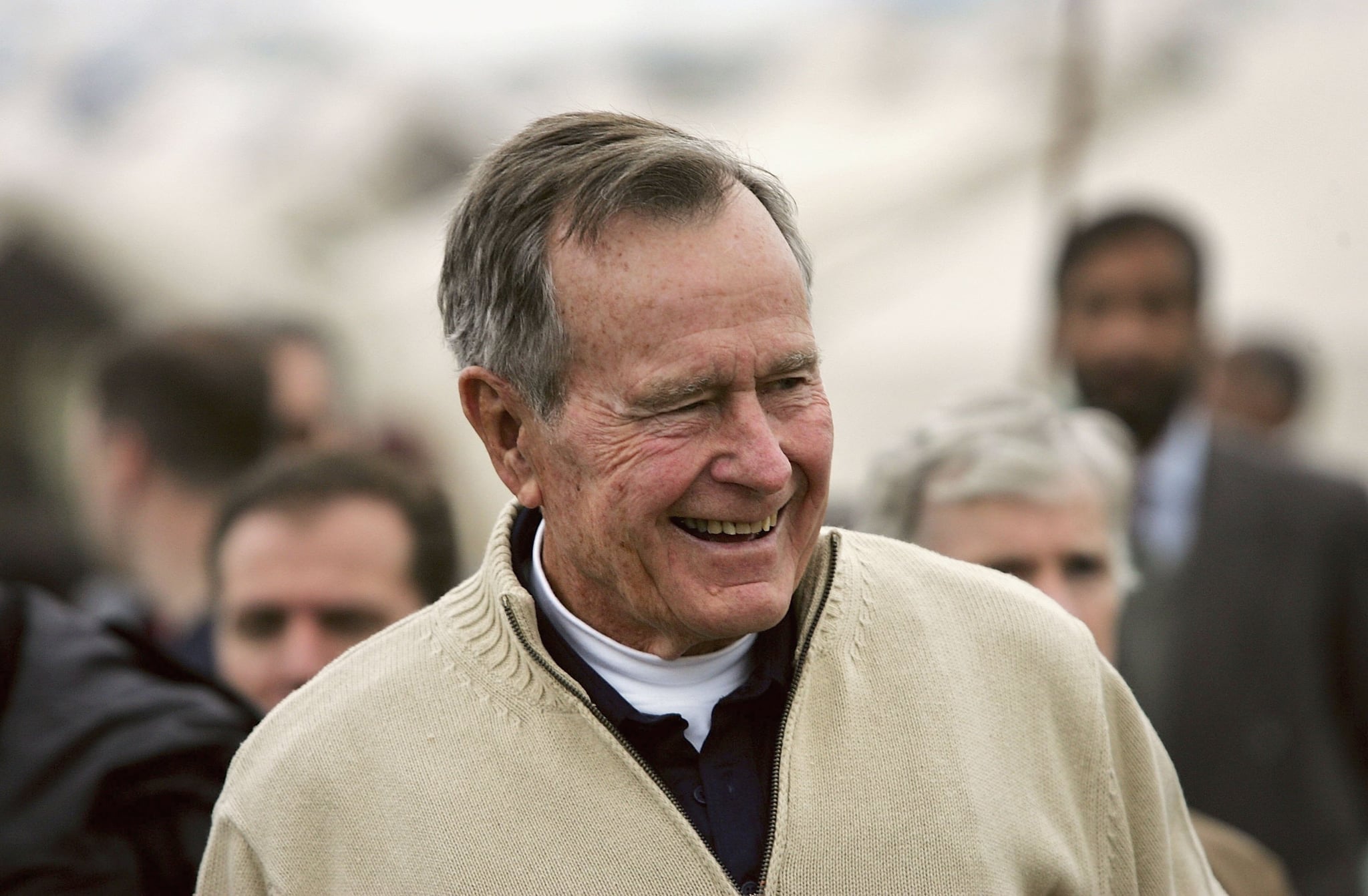 Since former president George H.W. Bush passed away at age 94 on Nov. 30, our newsfeeds have been flooded with stories about his family and time spent in office. But the most heartbreaking parts of the 41st president's life stem from the fact he lost his daughter Pauline Robinson — or Robin for short — to leukemia in 1953 when she was just 3 years old.

In his book, All The Best, he shared a letter that he wrote to his mother about Robin in 1958, and what he has to say about his late daughter is moving.

Related:
This Photo of George H.W. Bush's Service Dog Lying in Front of His Casket Will Break You

"[I like] to think of Robin as though she were a part, a living part, of our vital and energetic and wonderful family of men and Bar[bara]," George wrote. "Bar and I wonder how long this will go on. We hope will feel this genuine closeness when we are 83 and 82. Wouldn't it be exciting at that age to have a beautiful 3 1/2 year-old daughter . . . she doesn't grow up."

"We need a girl. We had one once — she'd fight and cry and play and make her way just like the rest."

The father — who had four sons George, Jeb, Neil, and Marvin and then another daughter Dorothy in 1959, a year after writing the letter — admitted that their home felt imbalanced without Robin, who was their second oldest child.

"There is about our house a need," he said. "The running, pulsating restlessness of the four boys as they struggle to learn and grow; the world embraces them . . . all this wonder needs a counter-part. We need some starched crisp frocks to go with all our torn-kneed blue jeans and helmets. We need some soft blonde hair to offset those crew cuts. We need a doll house to stand firm against our forts and rackets and thousand baseball cards. . . "

He continued: "We need someone who's afraid of frogs . . . We need a little one who can kiss without leaving egg or jam or gum," he wrote. "We need a girl. We had one once — she'd fight and cry and play and make her way just like the rest. But there was about her a certain softness. She was patient — her hugs were just a little less wiggly . . . "

Although there's no doubt that George and Barbara went through inexplicable grief, they always had a place in their hearts for their little girl.

"'My Daddy' had a caress, a certain ownership which touched a slightly different spot than the 'Hi, Dad' I love so much," he explained. "But she is still with us. We need her and yet we have her. We can't touch her, and yet we can feel her. We hope she'll stay in our house for a long, long time. Love, Pop."

Olivia Munn
John Mulaney on Life With a Newborn: "He Has Been Stuck to Me For Two Months"
by Kate Schweitzer 2 days ago