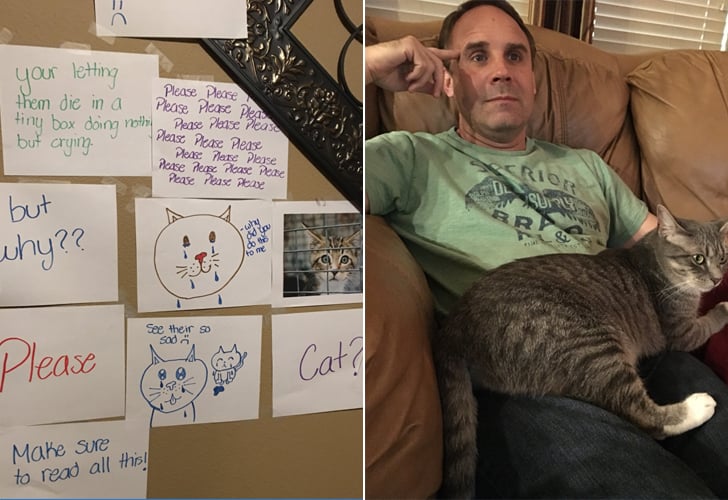 When Danielle Grubisic's younger sister decided she really wanted a cat added to their family, she pulled out all the stops to convince her father to allow it. To get her dad on board with the idea, the clever 13-year-old crafted a so-called "wall of sorrow" to guilt him into it, and honestly, her masterpiece is pretty darn convincing.

The young girl decorated a wall in her house with 23 pieces of paper that featured both handwritten notes with phrases like "You're killing innocent lives" and photos of forlorn-looking cats that belong in one of those gut-wrenching Sarah McLachlan animal cruelty commercials. 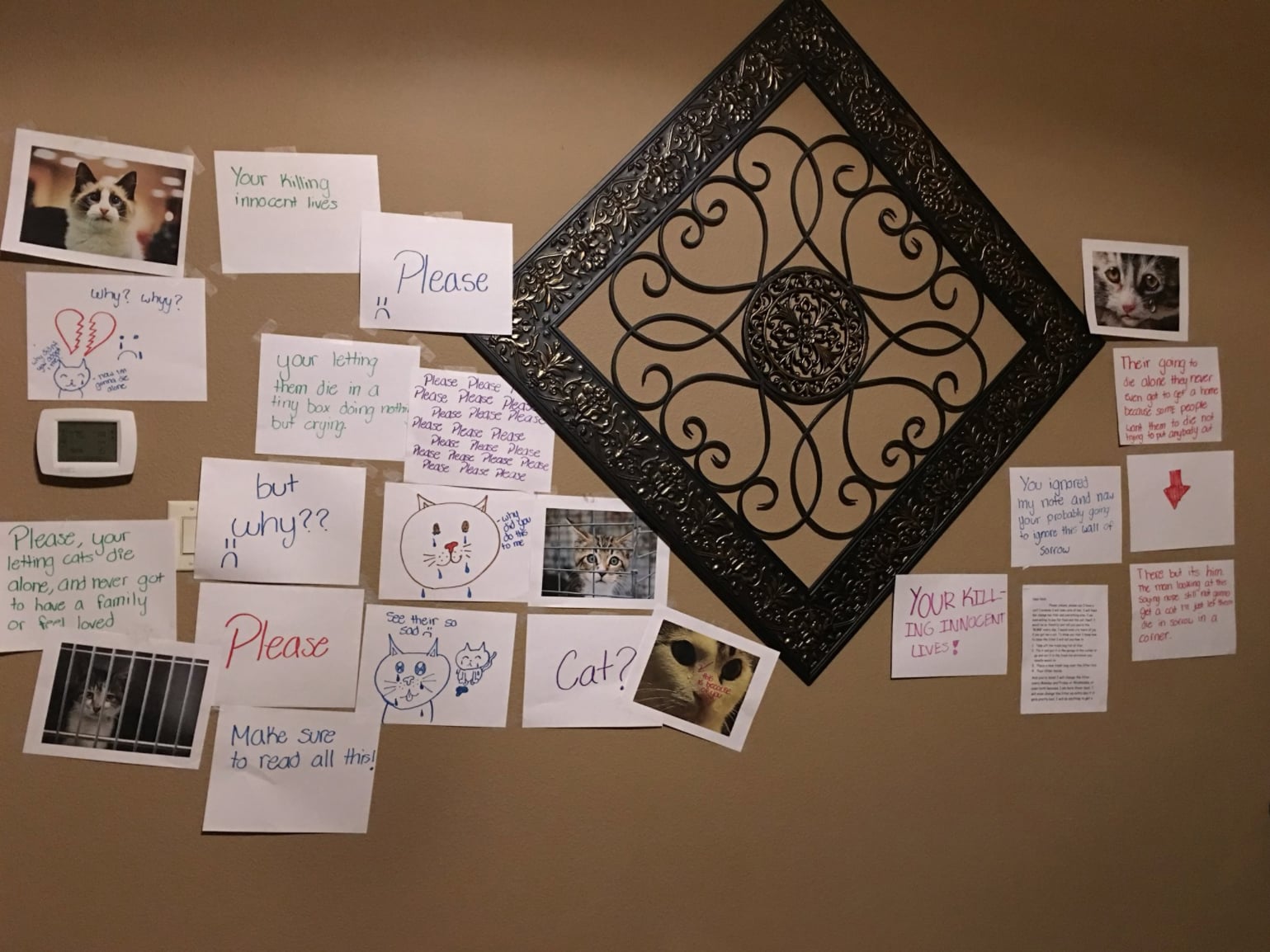 Let's take an up-close look at some of the notes on that wall, shall we? 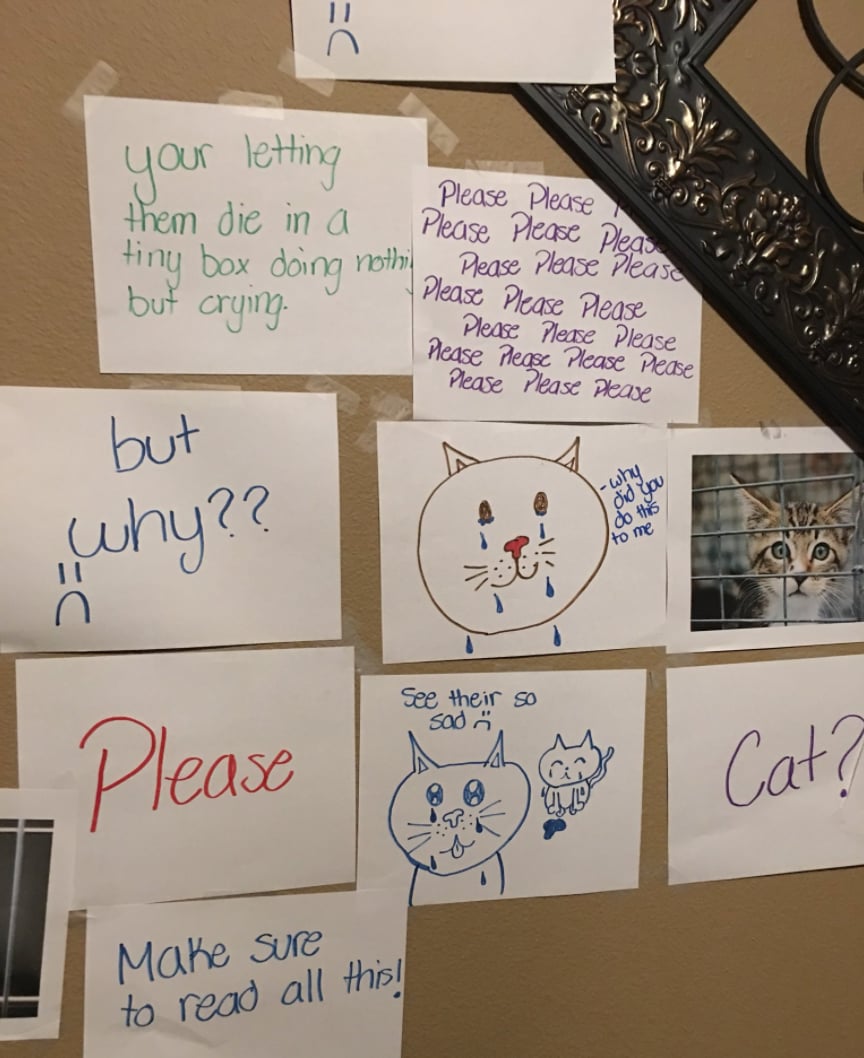 Oh, and we couldn't possibly resist zooming in on the highlight of the whole spread: a photo of a crying kitten with the words "This is because of you" and an arrow pointing to the cat's singular tear. Man, this girl sure knows how to make her case! 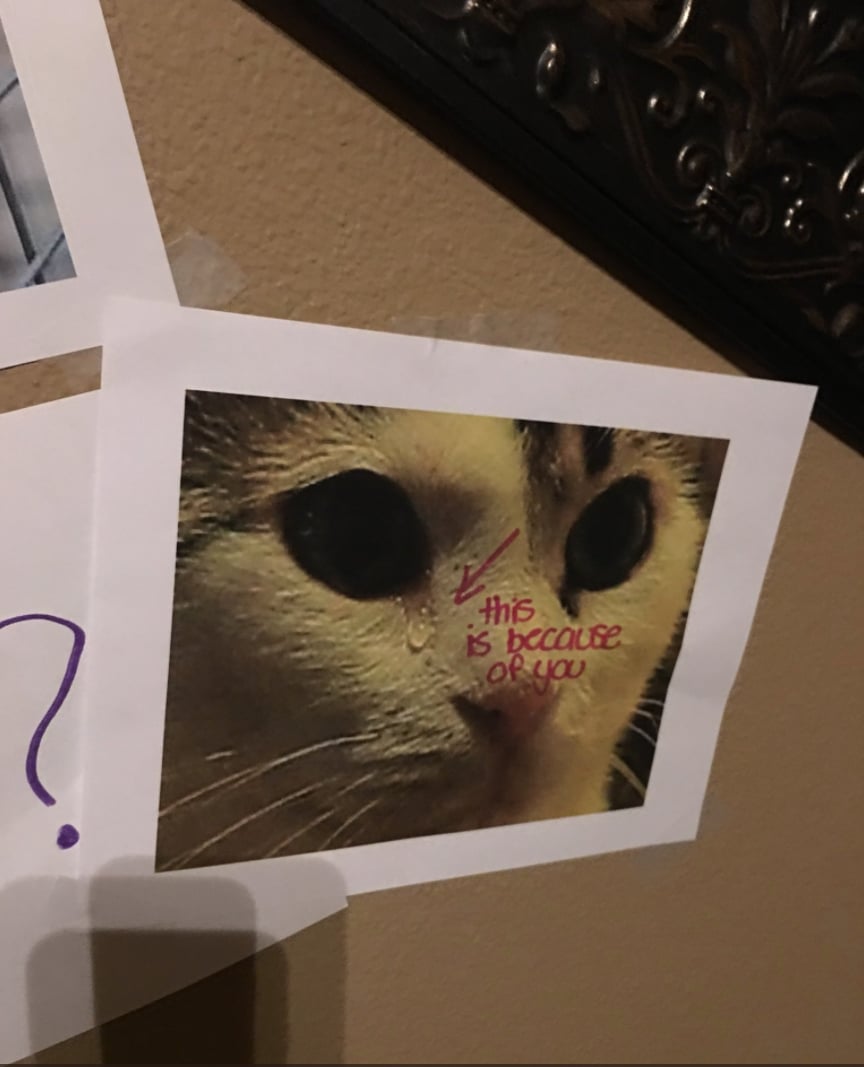 All in all, the girl's creative presentation is epically persuasive (and admittedly pretty humorous at the same time) — so persuasive, in fact, that it actually worked! Danielle's dad was convinced to adopt an older cat from a shelter. How sweet is that?! They're just two peas in a pod. 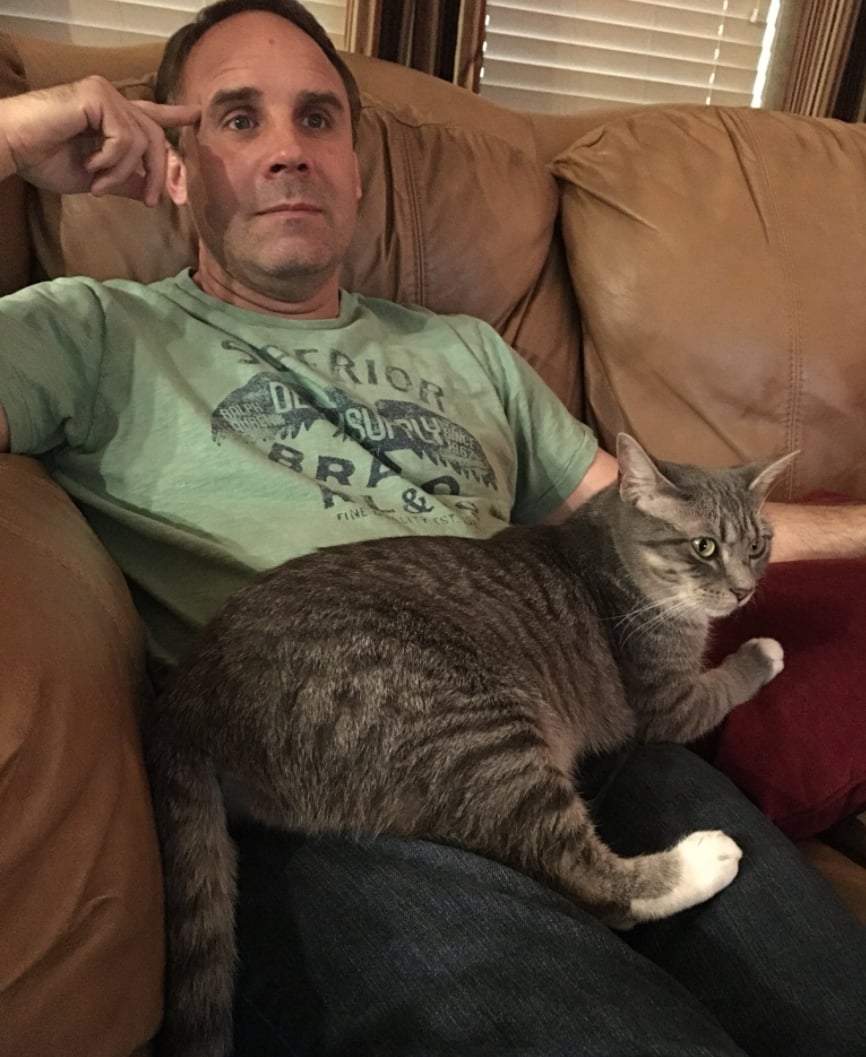 When Danielle shared the hysterical "wall of sorrow" on Twitter, it went totally viral, garnering thousands of retweets and "likes." Plus, tons of people chimed in to comment on how freakin' clever her sister's idea was and how they just might copy it in the future.

My little sister made a "wall of sorrow" to make my dad feel bad so she could get a cat.. well it worked pic.twitter.com/TMiGVmQzSF


Omfg this is the best thing I've seen I'm doing this


Tell your sister she wins the internet for today