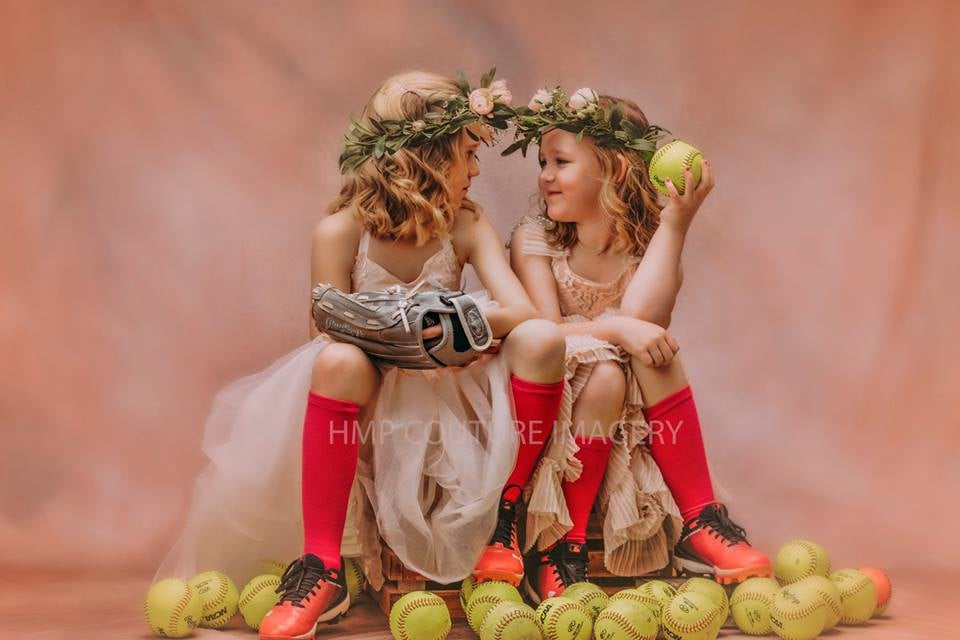 Heather Mitchell, a photographer at HMP Couture Imagery from Moulton, AL, wanted to capture girl power the best way she knew how: in pictures. And after hearing an off-putting comment at her 8-year-old daughter's softball practice, she was motivated to do something about it. Rather than taking the words in passing, Heather staged a "because you can do it all" photo shoot that sports parents are going crazy over.

"My youngest daughter Paislee is 8 and she is trying softball this year for the first time," Heather told POPSUGAR. "We were at practice a few weeks ago and I was talking with the other moms. I was saying that I hoped Paislee learned to love the game because she was athletic. One of the moms told me that she was not athletic, that she was a girly girl. I couldn't sleep that night. All I could think was, 'Why does she have to choose?'"

For Heather — who showed up to play in games wearing lipstick as a kid — communicating that girls can be more than a tomboy or more than a girly girl is important. "The next day we went to the studio and created Paislee's shot," she said. "I seriously only spent about three minutes shooting because I knew exactly what I wanted. I posted them to my personal Facebook and had tons of requests so we added two days to our schedule and they sold out in one hour."

After roping in some of Paislee's friends, Heather has a collection of empowering pictures that are meant to inspire. But while the shoot was incredibly fun, the mom hopes her daughter realizes that she doesn't have to limit herself because of her sex. "I hope she learned that she does not have to choose," explained Heather. "My parents taught me that I could be anything I wanted growing up. I didn't realize till I was much older that everyone is not that blessed. I hope that every little girl that sees this series can see that there is no box, whatever their dreams are they can achieve!"