While having a famous parent seems cool in theory, Apple Martin — aka Gwyneth Paltrow's 14-year-old daughter — knows it comes with some downsides. Recently, the teenager left a comment on an Instagram photo her mom shared without running it by her first, and frankly, she has a point.

The 46-year-old actress posted a selfie of her and Apple sitting in a ski lift, using emoji as the caption. Apple wrote, "Mom, we have discussed this. You may not post anything without my consent," to which Gwyneth replied: "You can't even see your face!"

Although Apple's goggles may be covering most of her skin, she makes an important point: is it OK to post photos of your children on social media without telling them, especially if you've had the discussion before? Naturally, this prompted a debate on social media, where some people considered Apple's comment to be "entitled" or "showing a lack of respect."

But the majority of Gwyneth's followers agreed with Apple, writing, "The picture is beautiful. But Apple's right you know." Another teen chimed in to say that she deals with the same thing at home: "For real, my mom does the same thing! Legit, she's posted pictures of me sleeping."

A word to the wise? If your kid is old enough to be on social media, you should get their OK before posting anything on your own account, because, after all, privacy and being able to set boundaries are important! 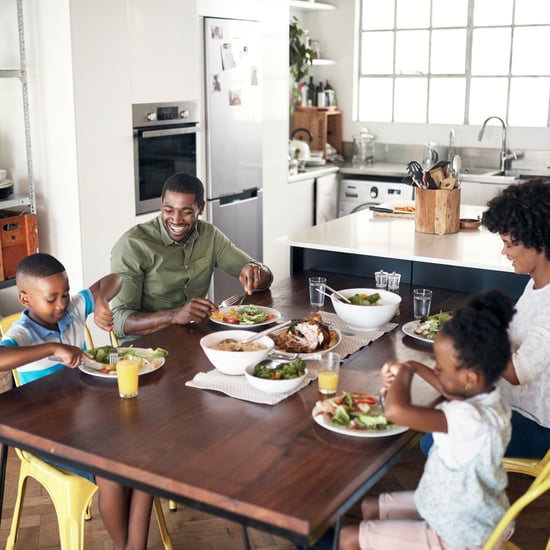 Kid Food
3 Things to Say to Your Kids to Promote Positive, Intuitive Eating
by Sheila Hanson 4 days ago

Jamie Foxx
3 Things to Know Before Queuing Up Netflix's Delightful Series Dad Stop Embarrassing Me! With Teens
by Murphy Moroney 5 days ago