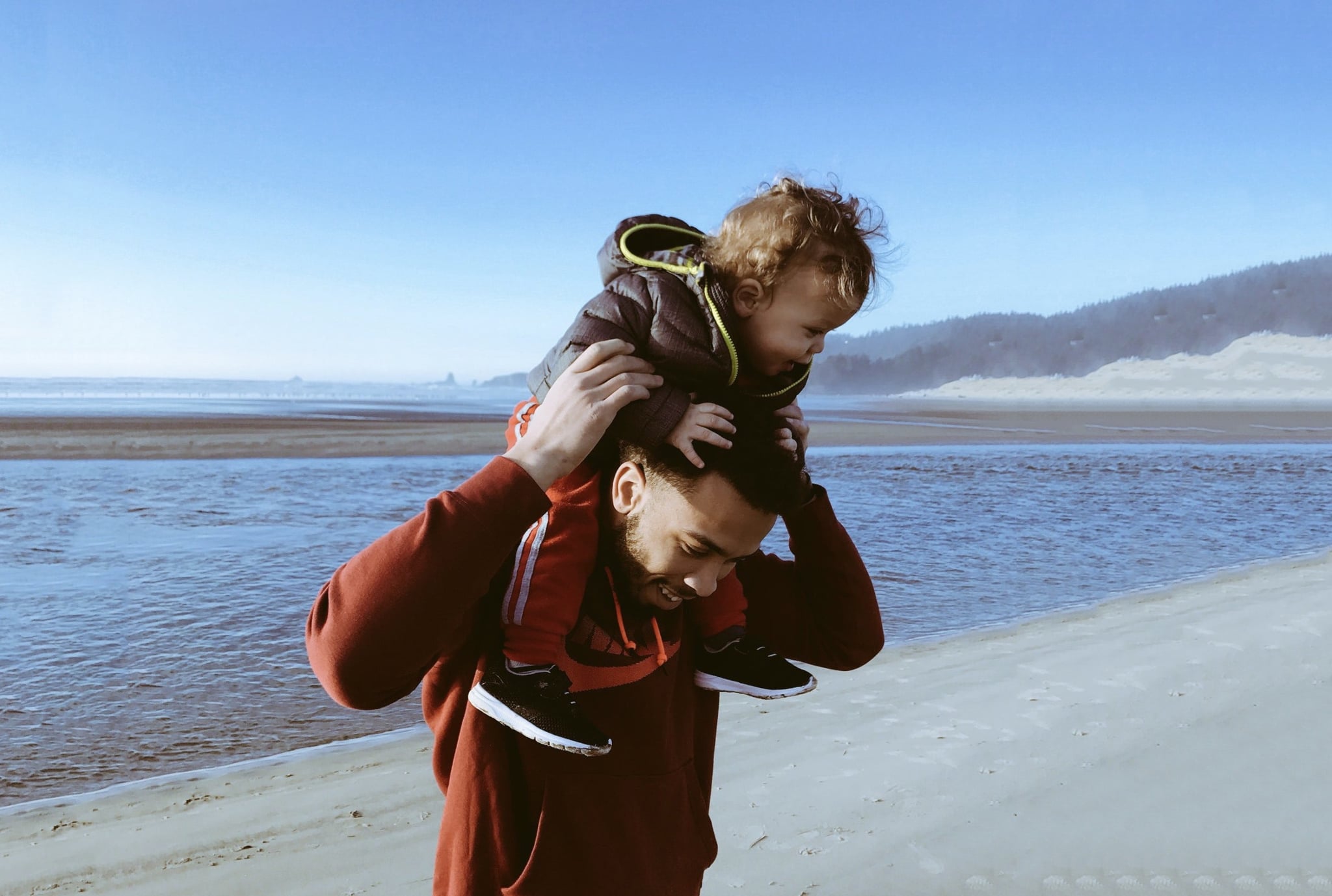 Today, my husband returned to work after six weeks of being home, between resigning from his old job and starting a new one. As I waved goodbye to him at 7 a.m., I tried to pretend like I'd miss him terribly, but the truth is, having him home all day, every day wasn't always easy. A little togetherness, parenting help, and change in routine is good; too much is downright crazy-making, and we were definitely entering too-much territory.

You see, after spending the last five-plus years as a stay-at-home, work-at-home parent, I've developed many survival techniques — ways to get my two kids off to school, fed, bathed, and organized for the next day without any of us losing our minds too regularly. Our tight schedule might make my life feel a little repetitive, but it ostensibly gives my kids the kind of stability that children crave and thrive within. Not one of my hacks involve my husband's help because they all happen while he's at work. And he adopted exactly none of them while he was home.

Related:
Dear Husband, This Is Why I'm Glad We're a Team

Initially, as you can imagine, this created some problems for me. Yes, I was thrilled when he said he'd take over our daughter's morning routine, which takes place between her 6:30 a.m. wake-up time and the bus's arrival at 7:28 (an hour when I'd much prefer to still be unconscious), but all that joy went straight out the window when I discovered that she wasn't wearing the outfit we'd picked out the night before (What was she wearing? He never knew.), hadn't taken a packed lunch ($5 down the drain for the hot lunch she loves to buy and throw away), and had forgotten the homework we'd spent an hour working on together the previous afternoon. Add in a trashed kitchen and a naked 5-year-old who was due at preschool in less than 20 minutes, and his help suddenly felt more like a cruel prank.

I tried to school my husband on the way things were done in our house (beds made before breakfast, backpacks unloaded and organized for the next day before afternoon snacks, dinner served before they have a chance to start complaining about their empty bellies and sneaking sugary treats to fill them up), and shockingly, he seemed less than interested in complying with my methods. Instead, there was even some eye rolling and talk of me being way too uptight.

Related:
The Real Reason We're Tired Has Nothing to Do With Our Kids

After a couple of weeks of getting angry every time he didn't do things my way (i.e. all the time), I realized I had only one option to survive his little sabbatical. I would have to lean into his lack of order and disregard for my routine and lean out of my desire for a constantly clean home and perfectly scheduled days. I could spend six weeks fighting a losing battle with him, or I could let him be in charge, his way, and enjoy a real break from the full-time, type-A parenting life I love, though it threatens to steal my sanity.

I chose the latter, booking long lunches with friends while he did preschool pick-up, running errands without worrying about making the bus, and even going on a couple of trips without thinking about child care. Did I come home to a less-than-perfect house, overflowing school bags, and hungry children? Of course, but the break was worth it. To me, the most surprising part of our little role-reversal experiment was not just that we all survived, but that some days, we were even better off because of my husband's chaos theories.

Related:
What It's Like Being a Parent When Your Partner Works Crazy Hours

Sure, my daughter went to school without perfect ponytails or a well-balanced sack lunch, but it didn't affect her happiness even a little bit. And yes, there were days when my son packed an action figure instead of a signed permission slip in his preschool bag, but no long-term harm was done. Homework was forgotten, more fast food was consumed than I would have liked, and our nine-month-old puppy chewed a hole in one of the walls in my kitchen, but the lesson I learned was worth the fallout. My tightly wound routine is one way to parent, but it isn't the only way, and sometimes, loosening the reins is its own kind of joy.