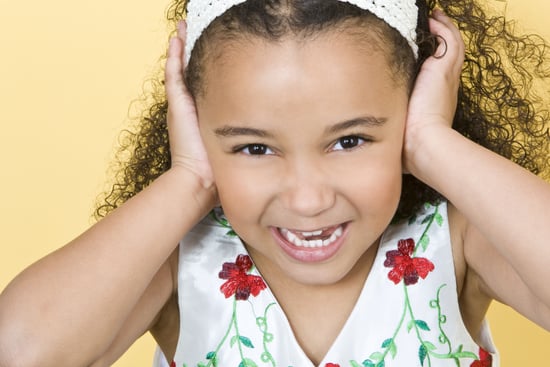 "I'd have to take off my socks to count the number of times in a day I have to repeat myself," writes Nicole E., responding to the article How Yelling Cancels Listening. "How does this work for kids who don't listen unless you yell? At the very least, I have to scream their names and then talk . . . but even then, they usually don't listen."

Here's my question to Nicole and others: is it possible that your children perceive your repetitions as warnings that will lead to an ultimatum, rather than as instructions to stop right away?

Each parent, child, and family is different. That means that no one scenario I describe will address exactly what's going on in your house, but see if this one comes close:

The parents continue saying, "Stop it!" two or three more times, adding in dashes of "I mean it!" and "I'm not kidding!" And still, the child doesn't stop.

Then one parent uses the child's full name: "Anthony James!"

Anthony seems to perk up, but still continues. He only stops when he hears: "Stop. It. Right. This. Minute. Anthony. James. Or. Else!"

Each parent has a unique way of expressing, "I'm at the end of my rope." Your child has lived with you long enough to observe your behavior in a way that you may not be aware of. In the scenario above, the child has experienced that there will be several requests to "stop it." His cue that Mom is almost at the end of her rope only comes when she calls out his full name. And he knows that she means business when she uses his full name and adds, "Stop it right this minute." Essentially, he's waiting to listen until she does what she's always done: pull out the "big change."

The "change" is different in every household. It could be when you use his full name or raise your voice. It could be when you begin to yell. The "change" could be that Mom has entered the room with an angry look on her face. Or it could be the threat of losing TV, the computer, or getting a time-out. No matter what your change is, your child has been trained by you to wait for it. He won't listen to you until he has to.

Children look at your repeated requests to "stop it" far differently than you do. They think of them as single, random comments in a series. Parents, on the other hand, consider the repeated "stop it" as an extension of one single thought.

What can be done?

What if you moved your action point to the beginning of the situation instead of keeping it at the end?

Most parents tend not to take action until they're at the end of their rope. You want your children to listen to you the first time, but you've taught them that they don't have to listen until the end.

The way to teach a child to listen the first time you say something is to show them, consistently, that you'll take action the minute they don't listen. So if your "change" is to put your child in time-out, do so as your first action, not as your last resort. If it's to speak firmly, do that right away. You. Do. Not. Wait.

It's true you'll have to stop what you're doing, get up, and take action. But it won't be forever.

Changing the timing of your action will have a profound effect on your child and will most likely change things almost immediately. Your firmness stands out because it is not clouded by yelling. This is a far better way to increase listening, allows you to remain calm, and is how you go from reacting to responding.

As with all parenting advice, you're the one who knows your child best. There is no such thing as a "one method" that fits all children and all situations. Give this a try and see if it works.

Feel free to comment and let me know how this works for you. And if you have a topic you'd like to see addressed, put that in the comments, too.

Parenting
Julia Fox on Postpartum Depression: "Moms Will Get This. Everyone Else Will Not."
by Yerin Kim 11 hours ago