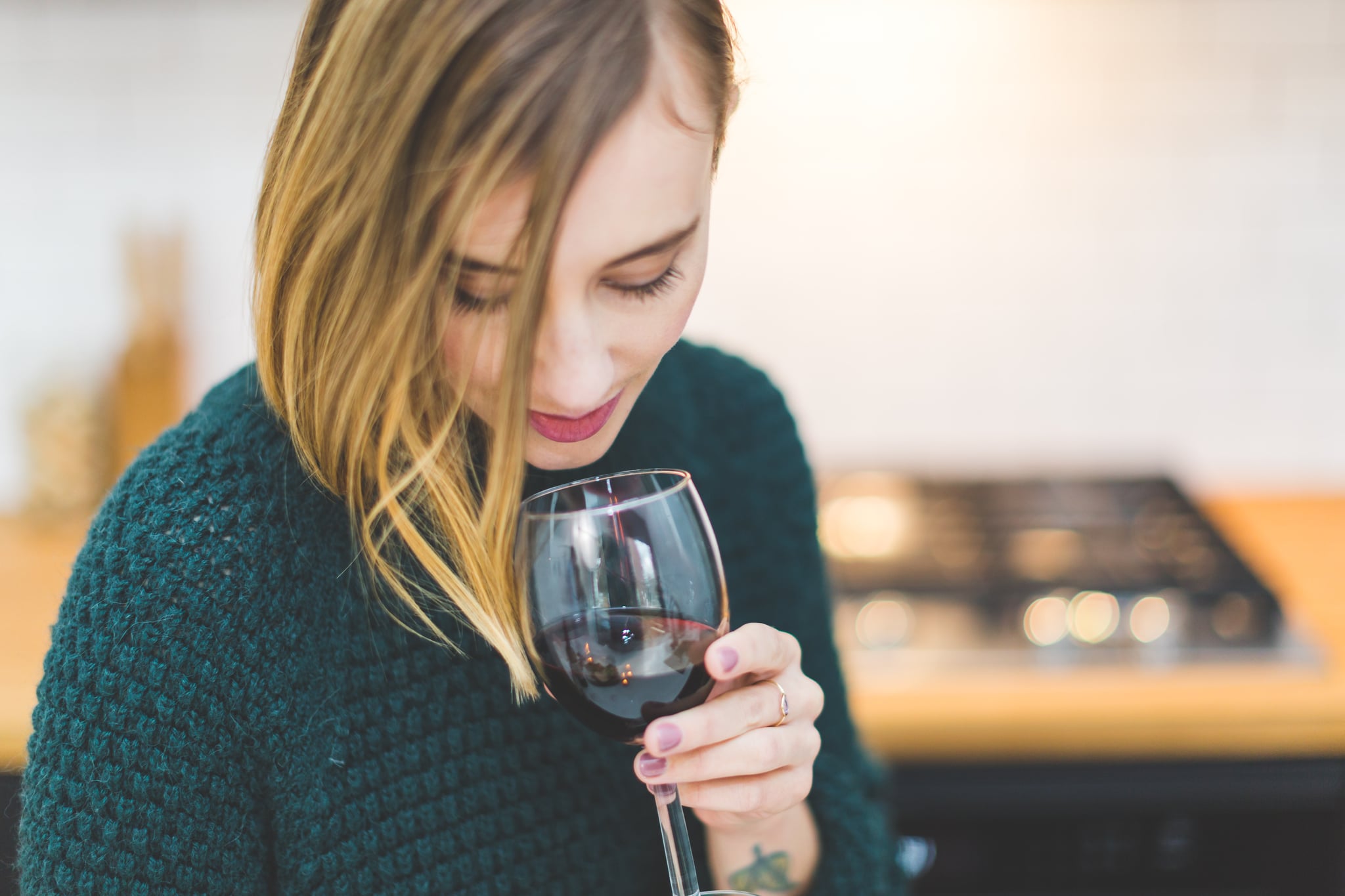 At six months pregnant, I found myself drinking yet another glass of lemonade and counting the days until my first glass of postpartum wine. And then it hit me. I wasn't actually three months away from drinking again. Since I wanted to breastfeed, it could be almost another year before I could enjoy my favorite alcoholic beverages. Lemonade is great and all, but I'm more of a rosé girl.

As a mild sense of dread came over me, I decided to educate myself about breastfeeding and booze. My initial Google search came up with some pretty unequivocal advice: you shouldn't drink while breastfeeding.

Alcohol abstinence is not necessary for nursing moms.

I set out to either confirm or deny my worse fears. During a labor and early childhood class, I asked my teacher, herself a mother of four: is it OK to drink while breastfeeding? She said drinking while nursing is no big deal and moved on.

That was more like it, but these two approaches seemed contradictory. Don't drink or don't worry. Both of these couldn't be true, so which one was it?

I started talking to new moms in my network, hoping to find information about the true risk of drinking and breastfeeding. One sent me a viral Slate story, titled: "Everyone Drink Up: this holiday season, there is no reason to pump and dump." The author, a nursing mom herself, explained that it's hard to drink too much while breastfeeding. Even if you fed your baby right after drinking four glasses of wine, she explained, your baby would end up with a blood alcohol level similar to the one her mom would have after drinking an eighth of a Bud Light. While I wasn't planning to pound almost a bottle of wine before breastfeeding, this still didn't reassure me. My takeaway was that alcohol can pass from mom to baby. I wanted to find out how to avoid that completely. And I also wanted to know what would happen if my baby did consume some alcohol-tainted milk.

Related:
Pump and Dump No More! If You Breastfeed, You Can Still Drink Without Wasting Milk

So I turned to experts. I talked to both Dr. Martha Caprio, a neonatologist at Hassenfeld Children's Hospital at NYU Langone, and Molly Petersen, a certified lactation consultant at Lansinoh. Both assured me that alcohol abstinence is not necessary for nursing moms. And they pointed me toward scientific research and current medical guidelines on the topic. This helped me separate the myths from the facts and come up with an informed game plan. Let's start with the myths:

Myths about Breastfeeding and Alcohol:

Related:
Weird Sh*t that Happens to Your Body During Pregnancy

The Risks to the Baby:

Knowing how my body would respond to alcohol while breastfeeding, I wanted to understand the risks associated with having alcohol pass to my child. Here is a closer look at how alcohol can negatively impact a nursing baby:

Although it's up to each parent to decide whether those risks seem significant, a literature review from 2013 that reviewed 41 different studies concluded that special alcohol recommendations for lactating women were not warranted. "Any long-term consequences for the children of alcohol‐abusing mothers are yet unknown," it read, "but occasional drinking while breastfeeding has not been convincingly shown to adversely affect nursing infants." Instead, the study said nursing women should simply follow standard recommendations on alcohol consumption, and the CDC defines moderate drinking as one drink per day for all women.

I Thought Breastfeeding Would Be Easy, but Then My Baby Was Born

How Much You Can Actually Drink as a Nursing Mom:

Waiting at least two hours after a drink before feeding or pumping to save milk is a good rule of thumb. But if you want to be more exact, one study put together a chart outlining how long you should wait between drinks — defined as a 12-ounce beer with 5 percent alcohol, a 5-ounce glass of wine with 11 percent alcohol, or 1.5 grams of 40 percent liquor — depending on your weight. For me, this means waiting about 2.5 hours after one drink, five hours after two drinks, and 7.5 hours after three drinks. I found this information helpful, and it confirmed the idea that I should stick to no more than one drink per day.

While these guidelines helped, I wanted more real-time feedback on how drinking affected my breastmilk. I came across these breastmilk alcohol test strips available on Amazon. Dr. Caprio cautioned that you should not use them to prevent, diagnose, or treat alcohol intoxication in women or nursing babies, but they are sensitive to the presence of alcohol in the milk. That's why I like them. On nights when I'm not quite sure whether I should count that heavy pour of wine or IPA beer as one drink or two, I will test my pumped milk to see if it has any traces of alcohol.

Petersen says that's a fine approach: "If testing breast milk for alcohol makes a mom feel more secure, then by all means I feel she should go ahead and use them," she told me. "But as long as mom is drinking in moderation and allowing enough time for her body to metabolize the alcohol before breastfeeding or pumping, then they aren't really necessary."

Here's the bottom line: you can drink in moderation when you're breastfeeding. While you should pay attention to how much and the timing, the upsides of breastfeeding outweigh any potential downsides of an occasional glass of wine. As one report put it: "Occasional drinking does not warrant discontinuing breastfeeding, as the benefits of breastfeeding are extensive and well recognized."

After four months, I got my daughter to sleep through the night without eating. That meant I was officially off the hook once I put her down, since I had 12 hours to go between feedings. Today, I still pump before bed, but depending on what I drink, I either save or dump the milk. Still, I find myself sticking to one or two drinks — the torture of dealing with a baby while hungover is a very real risk of drinking while breastfeeding.