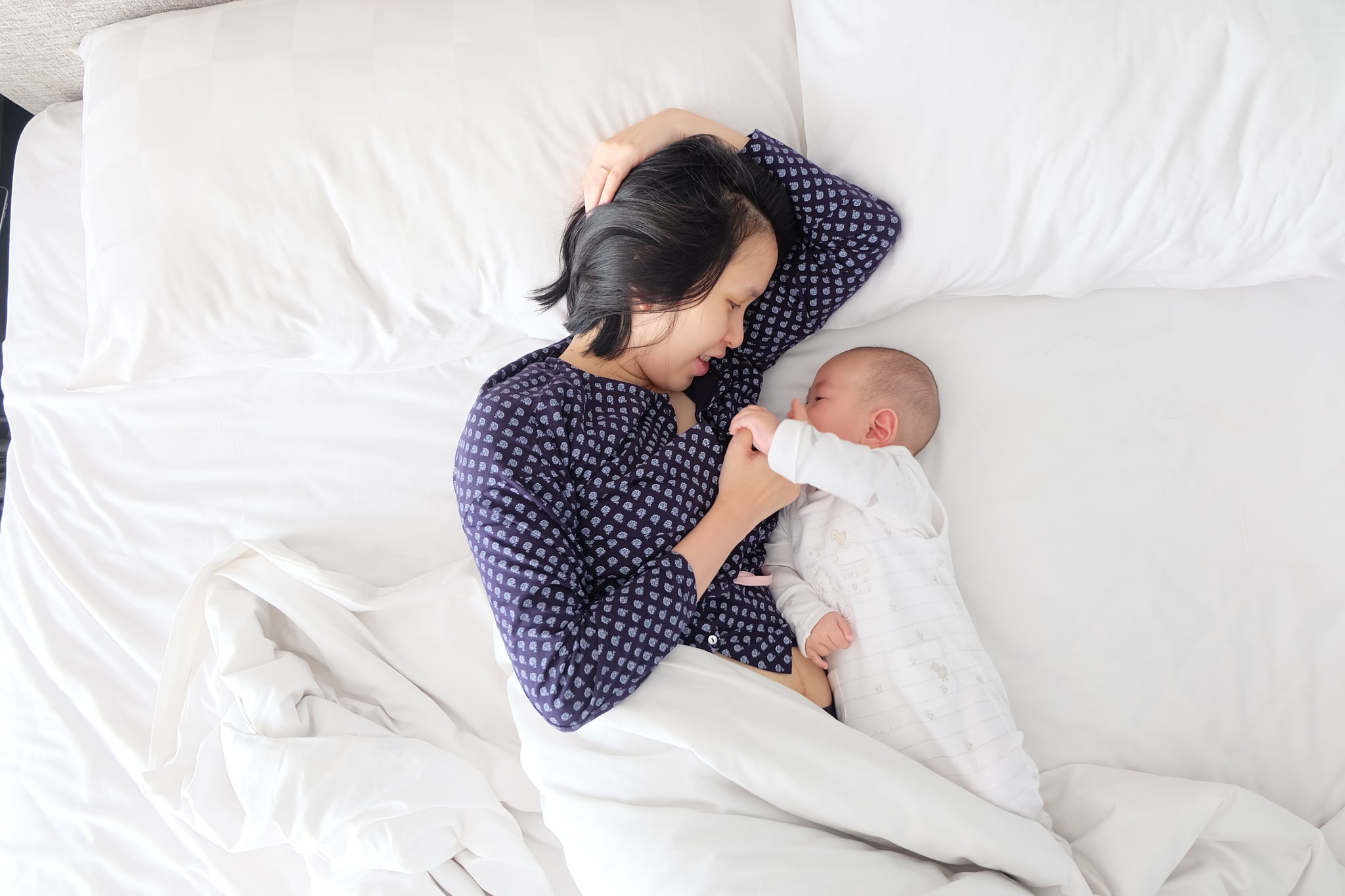 According to doctors, breastfeeding moms don't need as many additional calories as you'd expect: only an extra 300 to 400 per day, which I know is a bit of a bummer. Since when I began nursing my son, I was beyond pumped (Get it?) to learn that it's estimated that breastfeeding burns between 425 and 700 calories per day. Especially since, as breastfeeding mamas may know, feeding your baby with your own body makes you hungrier (like way hungrier) than when you're pregnant! I wanted to eat everything in sight (Sandwiches! French fries!), and felt perfectly justified in doing so, since I was burning all those calories during my nursing sessions. Still, I couldn't help but wonder how to determine how many extra calories I should be eating to support lactation. So, I reached out to a few experts, and, well, the answer wasn't exactly what I wanted to hear.

Ashanti Woods, MD, an attending pediatrician at Mercy Medical Center in Baltimore, explained to POPSUGAR that it takes energy (i.e. calories) to make milk for your baby, and multiple factors go into determining how much energy a lactating mother needs. "These factors include maternal age, weight, height, and physical activity level," Woods says, adding, "Being more active will require more calories." So, if you're moving on the regular while breastfeeding (Way to go, mama!) you'll probably need more energy and/or calories. Age factors in, too, because if you're younger, it's possible you may also be more active — and need more calories to make up the deficit from your activity. "For healthy women who are not breastfeeding, the recommended caloric intake per day ranges from 1,800 to 2,400 calories per day," Dr. Woods says. "However, for breastfeeding moms, their calorie intake should increase by roughly 300 to 400 calories per day during lactation, or roughly 2,200 to 2,800 calories per day." But like any diet, it's important to discuss with your doctor before making significant changes — especially when you have the health of your baby to consider.

Related:
The Truth About Taking Melatonin While Breastfeeding

OK, it's not quite as many calories as I thought I should be eating, so I guess I shouldn't be chowing down on a giant sub sandwich and French fries between lunch and dinner. But since it is necessary to up your caloric intake while breastfeeding, I asked Dr. Woods how I should aim to eat instead. "It's important to eat the right kinds of food to properly support your baby's growth and development," he says. Dr. Woods advises breastfeeding moms to consume a balanced mix of protein, vitamins, and minerals, as required in a healthy diet. Certified lactation consultant at Mercy Medical Center, Deedra Franke, RN, seconds the notion that breastfeeding women should eat a healthy diet. She breaks it down simply, saying, "Caloric intake for breastfeeding is the same as if you were pregnant; about 300 calories more."

The bottom line: If you're nursing, you should be eating more to support lactation. So, don't worry if you're hungrier than usual (like I am) — it's for a reason! But also don't go overboard, and pay attention to what you are putting in your body. For me, that means I'll be saying bye-bye to sub sandwiches and french fries. At least, until my next pregnancy!