First-time parenting anxiety doesn't just happen to new moms. This post, originally shared by our friends over at Fatherly, reveals how new dads deal with those same jitters too. Read on to get one dad's take on understanding fatherhood. 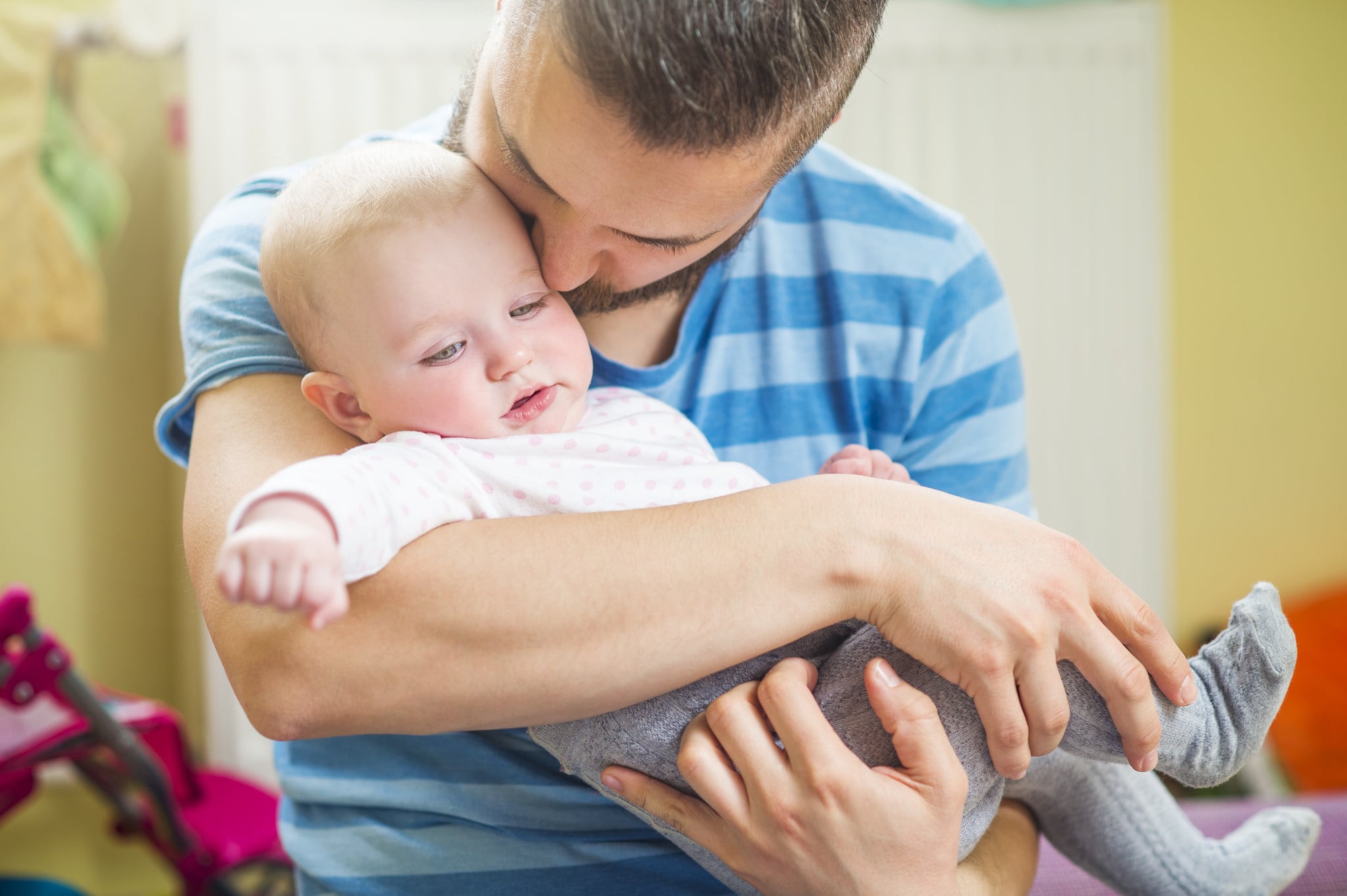 As a first-time parent, there are many things to learn. For example, until a few weeks ago, I didn't know what a bassinet was. I had heard the word before, I just thought it was some kind of woodwind instrument. No. It's something the boy sleeps in. Tonight was his first night in the bassinet. He had some gripes about that.

Previously he had been sleeping in a little swing shaped like a letter C, so that his back was slouched and his head was elevated. I call it the scoliosis hammock. But seeing as he was almost 5 weeks old, we felt it was time he slept in something flat and something that rhymes with clarinet. And so the bassinet. He didn't seem to agree. And so I learned another new term: gripe water.

I was dispatched to CVS to buy a small bottle of this 100-year-old remedy for gripeyness. It's basically fennel and ginger in water, which you inject into the baby's pie-hole by means of a small plastic syringe.

I am a skeptic about such remedies and figured it would only work if his main gripe was a lack of ginger and fennel. But I doubted it would get him to do the gripe thing. To be free from the gripes of wrath. In short, I didn't have gripe expectations.

But we injected him with the solution and laid him down and he slept 5 hours, farting all the way like a little steam engine choo-choo train. On the downside, he probably contributed significantly to global warning with all the methane gas. On the upside, we all got to sleep until 5 AM.

Don't get me wrong — I'm not griping. Just coming to terms bit by bit with what the fine print on this whole fatherhood contract really means. I think if most of us really knew what to expect when we were expecting we'd press eject. Becoming a good parent requires nothing less than adjusting your identity.

When we are young, we don't have to worry about a thing. If we have caring parents with sufficient money to provide for us, we can depend on our home to be warm, our meals to be served. The only question we have to ask ourselves as small kids is, "Will this be fun?" If yes, we do it. If not, we throw a tantrum.

Once we leave home and get jobs, most of us cease to depend on our parents financially. We become independent. For the first time in our lives, if we want to wake up and smoke weed all day, or eat a gallon of Ben & Jerry's Cherry Garcia for dinner, there's nobody to stop us. We have to deal with the consequences, but it's up to us. Still, we are only asking ourselves that same childish question: "Will this be fun — or worth the headache?"

According to Buddha, the sense that we are independent is delusional. We are all interdependent. Everything and everyone depends on someone else. But this is largely theoretical until a sweet little baby is up to his knees in mustard-colored poo and he is depending on someone to do something about it.

That someone is you. You have become the guy that he depends on.

Question: Is life better when you depend on others, or when someone depends on you? That all depends.

Are we fundamentally infantile or nurturing? Do we get more pleasure from being pampered or from putting the Pampers on someone else's tiny butt? Deep down we all still want to be mothered, and yet suddenly, as parents we are thrust into the position of being the ultimate protector: we are a combination bodyguard, singer of lullabies, solace and stuff provider, and full-time answerer of unanswerable questions.

And so we learn how it feels to be the person that someone else thinks understands how the world works. The source of calm reassurance and the precious illusion of safety and in a terrifying unstable cosmos.

Until we end up wearing Depends, and then the whole cycle begins again.

Parenting
Around The Web