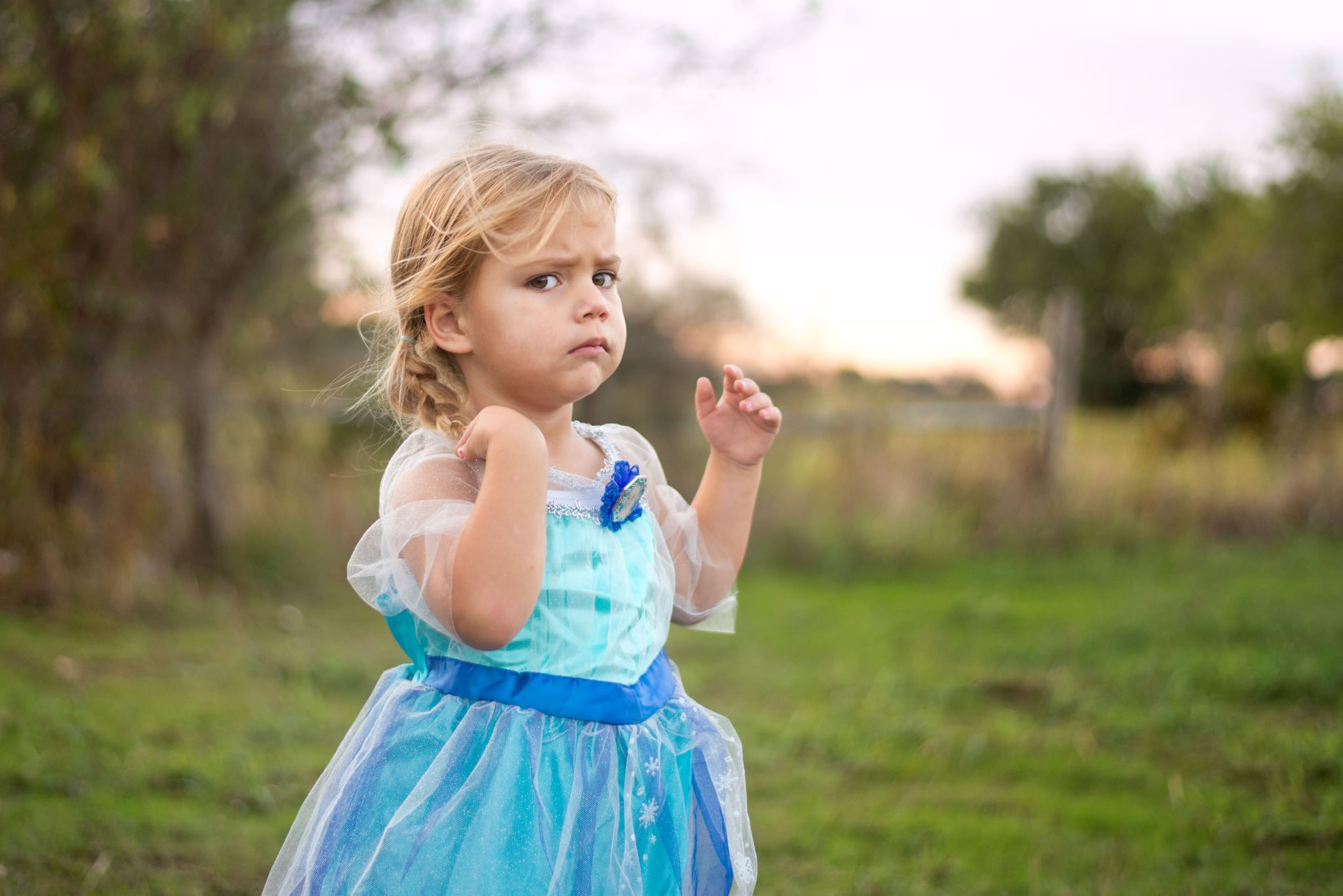 It's remarkable how much I knew about parenting before I had kids.

Placing my stack of Lean Cuisines on the grocery store conveyor belt I'd watch as moms and dads held up the line, desperately negotiating with their toddler over a candy bar or a pack of gum.

"Jeez — grow a pair," I'd think as I watched them bargain their way right into their child's sticky little palm. This 20,000-foot view offered me a pathetic picture of what little power some parents had over their children.

Then I became the parent of a 3-year-old and reality exposed itself to me like a mustached man in a pick up truck. We're tired. We're poor. We're huddled masses yearning to breathe free. We would sell our souls for five minutes of peace, however, nobody tells us that cutting corners to get this five minutes of peace comes with a price tag. A few wrong turns and quick fixes and suddenly you find yourself at the mercy of something that hits you mid-thigh.

You say no, she says pleeeeeeeeeease. You dig in, she throws herself on the floor. The post office closes in 15 minutes so you break, giving into whatever she's been pleading for. You promise to stick to your guns next time but each day the begging becomes more persistent and abrasive and you suddenly understand why some animals eat their young.

Related:
5 Steps to Stop Your 5-Year-Old From Begging

It's a vicious cycle — beg, negotiate, placate, repeat with more intensity. I was at my wits end and though my daughter had the stamina of a salmon returning home to spawn, I had access to the internet. Here's the best of what I've learned, as well as a couple of my own tricks.

1. Think before you speak.

Many times my instinct was to mindlessly say no, then upon further consideration I realized it would have been okay to walk the long way out of the mall and throw a coin in the fountain.

What I said: "Now, I'm not changing my mind because you're begging," I warned as we walked toward the fountain, "But because I changed my mind."

What she heard: "Good begging! Do it again next time and you can write your own check!"

When your child asks for something, take a breath and give it some thought before you spout off a knee jerk "no".

Once it leaves your lips, there's no going back. Say it with me now: THERE. IS. NO. GOING. BACK. Prepare yourself for the worst of the worst in the beginning (I recommend having headphones and two fingers of Scotch on hand 24/7). Eventually she'll realize you're not going to budge and decide not to waste her time. Don't be alarmed if your toddler moves onto alternative methods of negotiation, like holding her breath, or facial prison tattoos. I promise it will get better, albeit a little at a time.

3. Bring it down to their level.

It's easy to tune out annoyances, especially when you're engrossed in cooking or other household chores. And by cooking and other household chores I mean scrolling sangria recipes on Pinterest or cyber stalking your ex-boyfriend's new wife. We're busy. Sometimes all it takes to re-route your kid is spending five seconds to show him that you hear his request and offer a simple explanation for your "no." So put down your phone, kneel onto his level, look deep into his soul and say, "We can't go to the water park today because I have to renew my driver's license." It helps to do this in your lowest and most intimidating (read: demonic) voice — bonus points if you can make your eyes glow red.

Obviously, we are only human, and yet sometimes you need to nip that begging business in the bud. Lay down the law — tell her that if she begs one more time there will be a consequence. And ain't nobody gonna believe you'll actually leave the zoo, including your 3-year-old. While you might think it's the ultimate threat and want to get her attention, she knows you parked in east Jesus and aren't going to abandon that 30-minute sunscreen sesh.

A few days ago we were at the pool and at 10 a.m. I heard a mom threaten her son with leaving the pool if he didn't stop splashing people. She was still robotically threatening that same thing four hours later. It's imperative the consequence is something you will follow through on. "If you don't stop begging, we are going to sit on the bench for 10 minutes while your friends go visit the tigers," or, "One more 'please' and I'm going to sh*t in your Crocks." Get creative. Parenting is fun.

The bottom line: While it seems like your 3-year-old is being a huge turd, she is simply trying to figure out where your boundaries are. She'll bend you little by little and if you don't push back you'll eventually break. So keep your cool and stay strong. We don't negotiate with terrorists.

Family Life
Bed Rest Was Scary, Boring, and a True Test of My Patience
by Rachel Sobel 3 days ago

Family Life
My Mother Was Always Melancholy In September, and Now I Understand Why
by Kate Schweitzer 5 hours ago