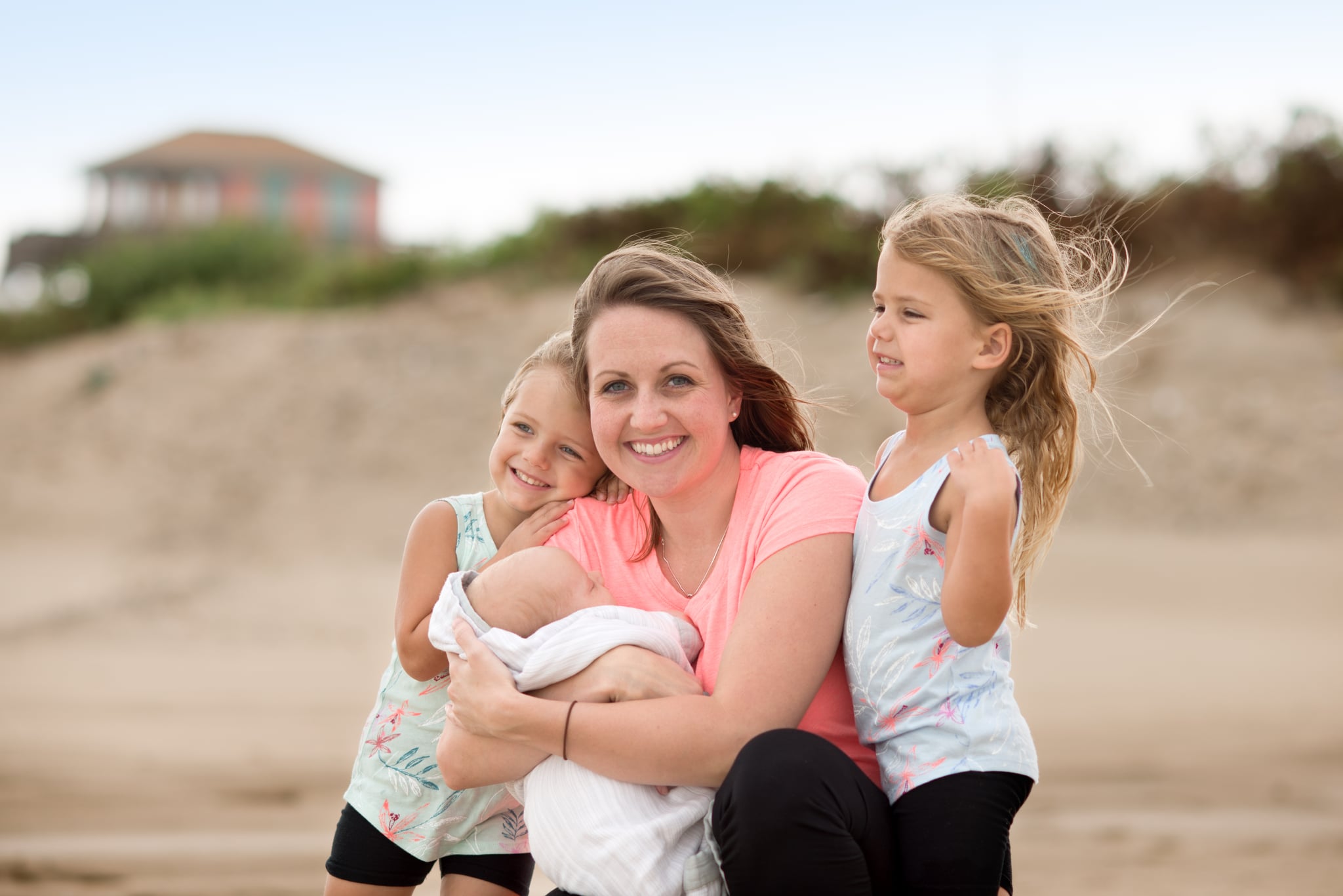 Last week my sister-in-law and her husband brought their newborn baby over for a visit. They were about an hour and a half late, because newborn. I mention this only because it will be an important part of the story later.

"Do you miss this?" my brother-in-law asked, his glassy, sleep-deprived eyes shifting to his 3-week-old baby in my arms. I couldn't tell if he was being sarcastic or looking for me to reassure him that it gets better. Either way, maybe I should have taken longer than half a second to give my answer, and maybe that answer shouldn't have been, "GOD no! You couldn't pay me enough money to deal with this sh*t again." I laughed, the baby barfed on my shirt, and then we all had dinner.

My response to this question wasn't always so emphatic. When I was pregnant with our third baby, my husband was on a mission to convince me to get my tubes tied after she was born. I was scheduled for a C-section and his argument was: "They're all up in there anyway. What's two more little snips once they're already elbow deep in your guts?"

The truth was that 99.9 percent of me was positive I was done having kids, but that 0.1 percent was a powerful sumb*tch. For me, that tiny percentage reasoned that closing the door on my childbearing years meant closing the door on my youth. Graduation, then job, then marriage, then babies, then old. After you're done having kids, all that's left is to sit around and wait to get old. I wasn't ready to do that.

However, the novelty of staying forever young wore off about a week into my daughter's life, when I realized that having multiple babies doesn't stave off old age — it accelerates it. My physical and mental boundaries were pushed to their limits trying to manage two toddlers and a newborn. I was 35 going on 116.

I remember placing her hospital photo on our wall next to her sisters' and feeling complete. I heard a small voice in my head say, "This is what my family looks like. That's it. I'm done." My mind then wandered to a new thought — a sense of finally moving forward. It was a different feeling than I'd ever had before. Almost a feeling of relief. With each baby I felt as if we were being pushed back to the starting line, and for the first time it felt as if life could at last "begin." And just like that, I knew we were done. No questions, no regrets.

"You can go ahead and make that appointment for your vasectomy now," I told my husband the next morning at breakfast. "I'm good."

He let out a noise that sounded like a cross between an annoyed sigh and a death rattle. "The doctor was right there. Already in there. Inches away," I heard him whisper through clenched teeth as he tightened his grip on the butter knife and gazed sadly at his balls.

He LOVES when I talk about his vasectomy, by the way.

Our youngest is 4 now, and I must say, not once in four years have I wistfully looked back. I shot off fireworks the day I sold my breast pump on Craigslist. Instead of spending a small fortune on diapers and formula, we go on vacations. We're not an hour and a half late to things anymore. Everyone in my family can wipe their own ass — I can't remember the last time I touched someone else's poop. And sleep . . . oh, the sleep. It is glorious.

The night my in-laws visited with their newborn, my brother-in-law asked me a question as they packed up their screaming baby and headed for the door. "Does it get any easier the second time around?"

The look on my face must have told him he wasn't going to get the answer he wanted to hear because before I could say anything he said, "And just so you know . . . you can feel free to lie to us any time."

He was right. I realized I needed to reel in the newborn horror playing out in my head or he might go out for formula one night and never come back.

But my mind flashed to the year they had ahead of them. The sleepless nights. Diaper changes galore. Relentless crying. Poop blowouts up the back. Taking two hours to get out the door. Then just when you feel like you can crawl out of your hole and take a breath, another one is born and you're dealing with all of that plus a temperamental 2-year-old she-devil. I felt like I owed him the bitter but hopeful truth.

"It does get better," I said, patting him on the shoulder. "But first it's gonna get a lot worse."