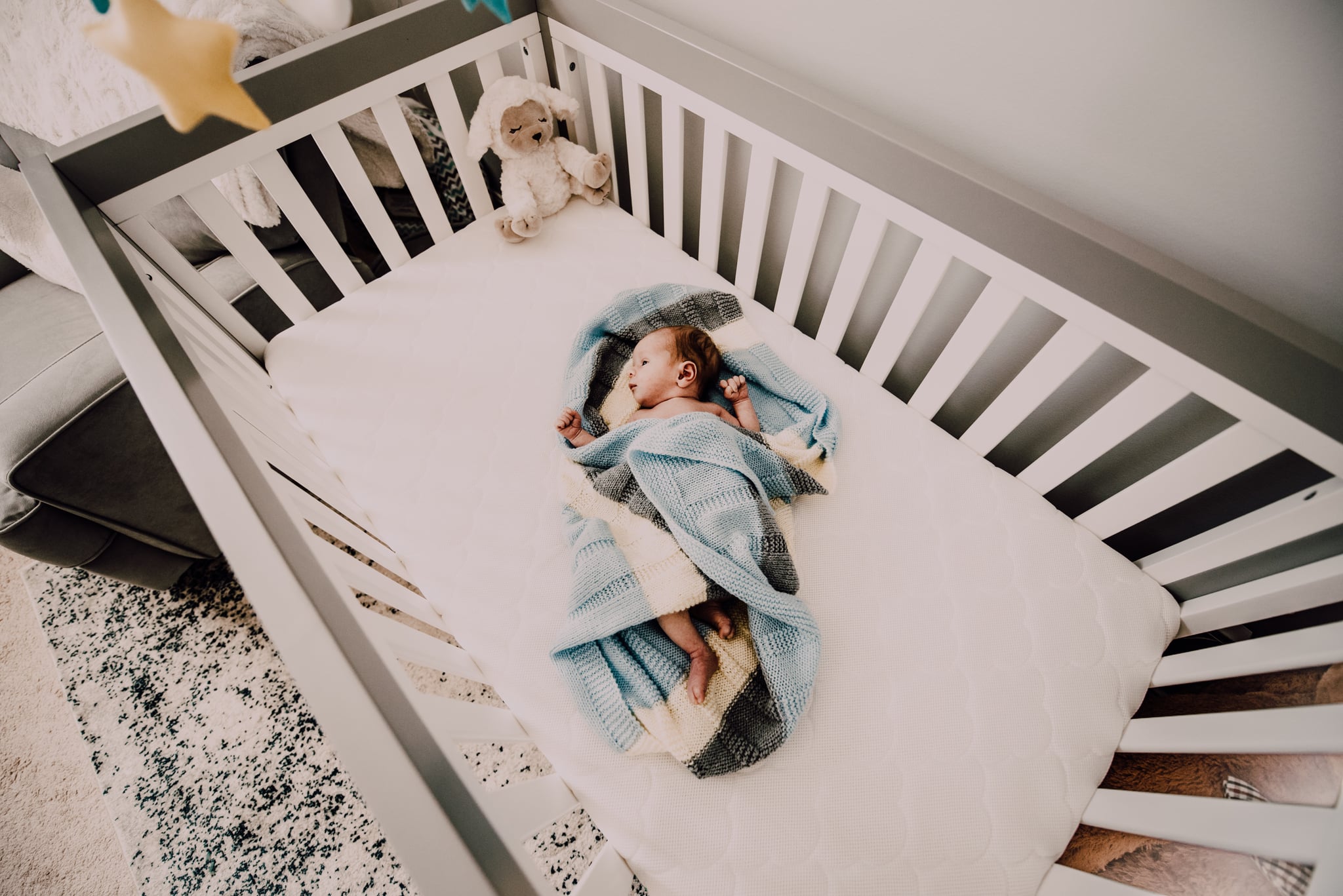 You know how you loosen up a bit as a second-time (or, in my case, a third-time) mom? Maybe you didn't stress as much about how long they used a pacifier or spent fewer hours researching the effects of screen time. You probably even got a little more lax about letting them eat sweets or wear costumes out of the house. I'm happy to spend way less time worrying with my youngest than I did with my firstborn, but there is one thing I haven't let slide now that I'm three kids in . . . and that's sleep.

And to make that happen, I also need my kids to sleep.

So beyond the newborn weeks when there's no way around not getting a full night, I made sleep a priority in our house early on, and I'm so glad I did. Because not only is it very obvious that I need sleep, but my kids do too. They're more fun to be around and less likely to melt down when they've had a full night of sleep, and they aren't as crabby or whiny when they're well-rested.

Studies show that kids need even more sleep than you might think, which means early bedtimes are a must. Getting them down shortly after dinner also allows me and my husband to spend a few hours together or alone doing whatever we want without kids, which is key for us in order to recharge and reconnect before we get up and do it all over again the next day. So, how did we make it happen?

How We Got Our Kids to Sleep

First, let me make it clear that I am not a sleep expert. I've never even read a full book on baby sleep, and I really don't like the term "sleep-training." But I do have three kids from 8 months to 5 years who have put themselves to sleep and slept well through the night since they were about 4 months each. Here's roughly what we did:

Start early: Around 8 weeks old, we started a sleep schedule that we stuck to. They went to bed at roughly the same time every night — in their crib and in their own room — and beyond the necessary middle-of-the-night feedings, they were on their own until morning.

Pick a bedtime and stick to it: We chose to put our babies down at 6 p.m., since they were always fussiest between 5 p.m. and 7 p.m. Five seemed a little early to be stuck in the house for the night, so we compromised with 6 p.m.

Create a routine: Our nightly routines varied (read: became shorter and shorter) with each baby. For our first, we'd give him a bath, dim the lights while we dressed him in pajamas and a swaddle, then read a short book, put on the sound machine, and feed him before putting him in his crib on his back. With our third, we put the sound machine on while we get her dressed and swaddled, then feed her and put her down.

Leave them be: As long as they didn't cry for more than 15 minutes, we left the room and didn't go back in. Even if they were "talking" or "playing" in the crib, we let them go until they fell asleep on their own. If they started crying at night, we'd let them work it out on their own for at least 10 minutes before intervening. Often, they would go back to sleep on their own, but if they didn't, we'd go in and offer the pacifier or rub their back, then leave the room. We'd repeat this until they stopped. Setting a timer helped with this too, because when a baby is crying, seconds can feel like torturous hours.

When they were babies, some nights all the rules went out the window because they were teething or sick. Some nights they'd cry for 20 minutes before going down. And some nights we'd wake up at 6 a.m. and realize we hadn't been up once since we went to bed. We found that while our kids aren't going to be 100 percent consistent, sticking with our own sleep "rules" has helped set a good foundation for the future.

It became more important than ever for us to stick to a routine once our oldest two turned into toddlers who transitioned to big-kid beds, figured out how to turn on lights, and stalled by asking for "one more sip of water." We got through all those disruptions so much easier by referring back to our routine and staying strong (don't fall for it, no matter how thirsty they claim to be!).

We've definitely turned down invitations because the timing didn't work with our kids' bedtimes and readjusted annual traditions to work with nap schedules. But I refuse to be a prisoner to sleep all the time. So for us, the best part about giving our kids a solid sleep foundation is that it has allowed us, and them, to be flexible.

Some nights they'll come into our room and get in bed with us (who doesn't love toddler snuggles?). On weekends we'll stay out past their bedtimes so we can spend more time with friends or family. During vacations, they might not nap every day. When they're being extra sweet, we'll give in to their request for one more book. But we don't let any of those diversions become habit.

Those unfolded clothes will cause less chaos than a mom running on five hours of sleep.

Our basic "rule" is that we try not to stray off course more than two nights in a row. One of them has a bad dream and comes into our bed? Totally fine. They do it again the next night? A-OK! Easier for me to roll over and go back to sleep anyway. But if they try it a third time, it's on us to get them back to their beds. The same goes for late bedtimes or missed naps.

Getting Yourself to Sleep

Once you get your kids to sleep well, you can't forget about yourself! It's enticing to want to stay up later to have more alone time or get things done when the house is quiet, but I've learned the hard way that those unfolded clothes will cause less chaos in my house than a mom running on five hours of shut-eye. Sure, if you can doze off during those precious naptimes, you should. But you should also have a plan in place to make real sleep happen consistently.

Related:
Why You Should Stop Telling New Moms to Sleep When the Baby Sleeps

For me, that means a superearly bedtime when my babies are little. Since mine went down at 6 p.m., I sometimes called it a night at 8:30 p.m. in order to get the longest stretch I could before a middle-of-the-night feeding. And now, with all three sleeping through the night, I still try to have my head on the pillow before 10 p.m. every night since I'm usually up at 6 a.m.

I also try to squeeze in extra hours on the weekends when I can. I'm lucky to have a husband who is naturally an early riser, so weekend mornings are my chance to snag at least another hour after the kids wake up. But if your partner isn't usually up with the sun, try trading off weekend morning duty so you each get a little extra snooze time.

Related:
We Let Our Baby Cry It Out, and 10 Years Later, This Is What Happened
Image Source: Pexels / Alicia
BabiesParenting Tips