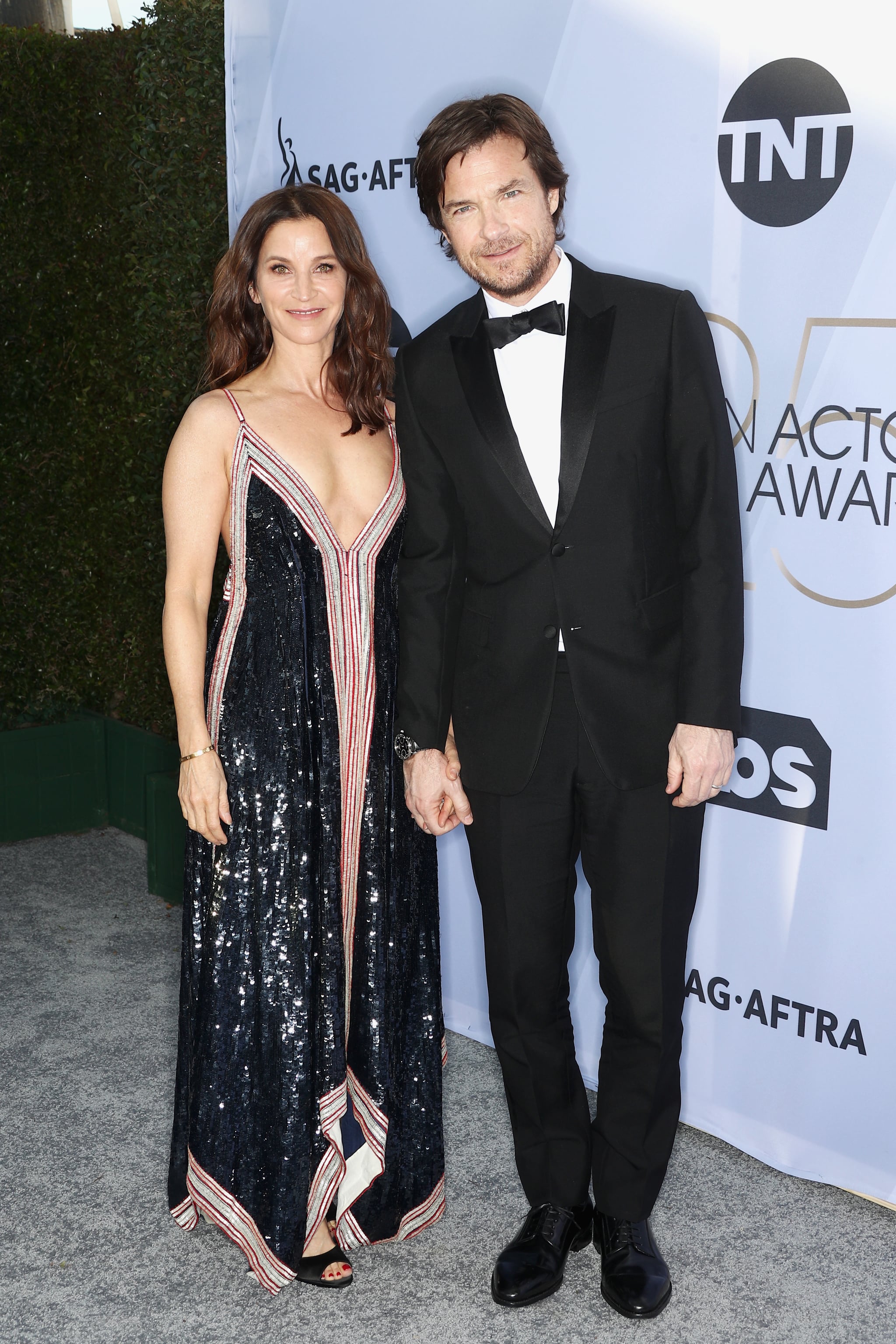 Just like his character in Netflix's Ozark, Jason Bateman is constantly working hard for the sake of his wife and two kids — though in real life, things are likely a lot less risky and out-of-control than they are for his character, Marty Byrde, who launders money for a Mexican drug cartel. However, the actor, who won the award for outstanding performance by a male actor in a drama series at the 2019 SAG Awards, says that because he's out of town working so much, his wife, Amanda Anka, is not only a great mom, but basically a "full-time dad" as well.

"[My family is] used to me working weird hours or not being in town a lot," he said to reporters in the SAG press room on Jan. 27. "My wife keeps me really grounded by doing nothing other than just being her. She's got a full-time career herself, and she's able to be an incredible mom, and she's also almost a full-time dad too because I'm out of town so much. I'm floored by that. That keeps me grounded. That reminds me that I've got a real strong example to kind of live up to what she's showing. That keeps me from taking any of this for granted or just doing it half-assed."

Jason and Amanda are parents to two daughters, 12-year-old Francesca Nora and 6-year-old Maple Sylvie, and the actor addressed all three of his girls in his acceptance speech on Sunday night. "I would like to say specifically though to my wife, my two daughters — Amanda, Franny, and Maple — without you, none of it would be enjoyable and it probably wouldn't be possible," he said, choking back tears. "I love you more than I even tell you I do, and I'll be home for kisses, so don't go to bed. And Amanda, pop a mint, I'm going to come give you yours in about five minutes."