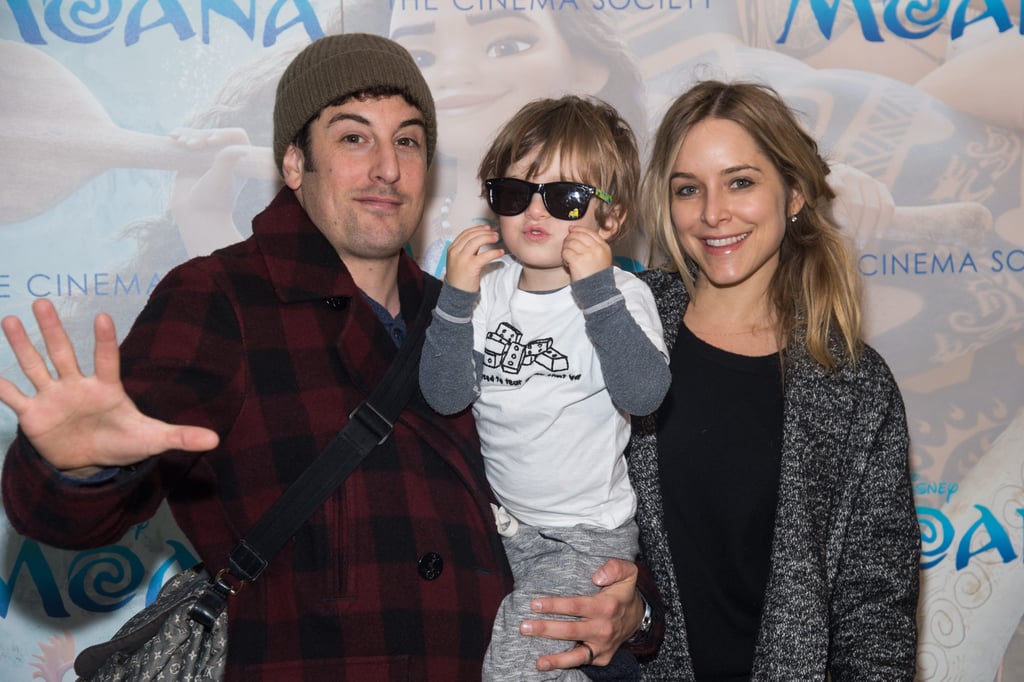 If you've ever been curious about what teachers think of Jenny Mollen's fancy school lunches for her son, we now have an answer. The actress, author, and wife to Jason Biggs recently shared a handwritten note from her 4-year-old son Sid's teacher. Though the note mainly addressed an incident in which Sid was acting up, the teacher couldn't help but ask about one of Jenny's recent lunch items.

"Also, what brand is Sid's roasted peas?" the teacher casually asked after explaining how Sid would not stop mentioning poop during class. "Do you roast them yourself? Looking for a good company that makes yum dried chickpeas." In her Instagram post, Jenny wrote, "Which came first, the poop or the chickpeas?"

If you've yet to see the elaborate school lunches in question, which she refers to as "dictator lunches," Jenny will include sophisticated foods like sushi, crab legs, and paella, with a sprinkling of kid favorites, like sour gummy candy. When she was asked by Busy Philipps if Sid actually eats all of the amazing dishes, Jenny replied, "I don't care how much of this he eats. It's more about constant exposure and pushing his limits." Ahead, read the teacher's hilarious note and check out some of Jenny's recent gourmet offerings (as well as Jason Biggs's attempts at re-creating them while Jenny was away).