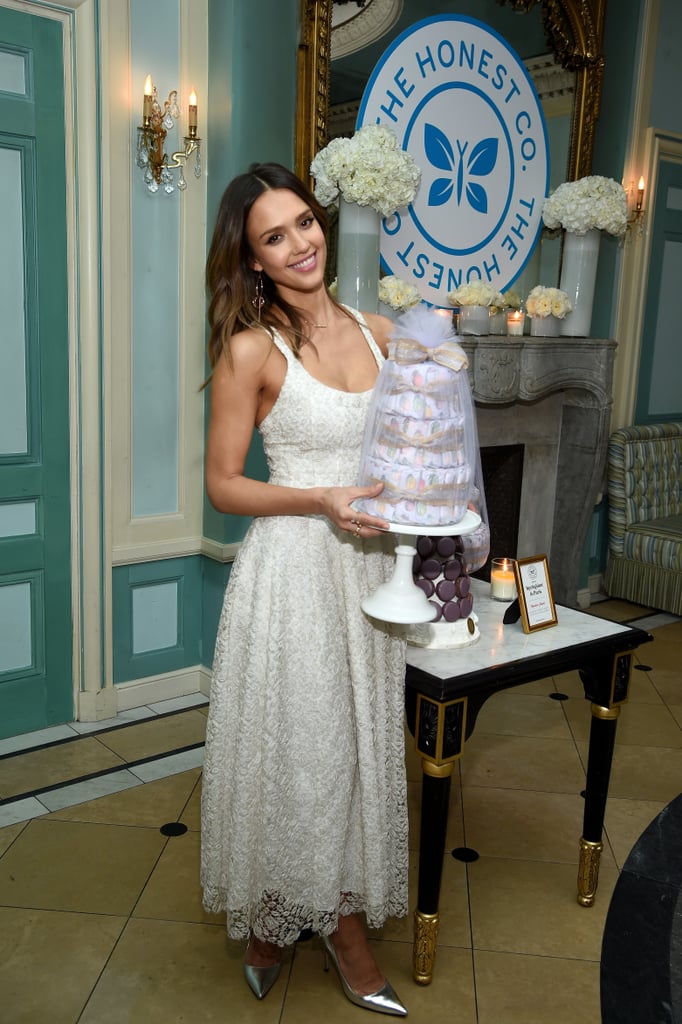 Despite Criticism, Jessica Alba Expects to See The Honest Company Grow Over the Next Year

As The Honest Company enters its fourth year of business, the company appears to be settling into its position as a leading natural and organic lifestyle brand. Despite inroads from other start-ups hoping to cash in on parents' obsessions with keeping healthy and clean homes, Jessica Alba's little company that could continues to grow. What started out as a line of eco-friendly and child-safe products sold at affordable prices has expanded to include everything from diapers and bath products to baby formula, makeup, tampons, and more.

And it's not stopping there. At an event at Ladurée in New York City this week celebrating the launch of the company's first seasonal collection of diapers — Springtime in Paris, featuring Eiffel Tower stripes, macarons, and race cars — Jessica revealed to us that she's not quite done making over the family bathroom and her almost tween daughter, 7-year-old Haven, may be the one to thank for that.

"There's definitely an area of opportunity in adult skin and hair," she told us. "I also think there's sort of an older kid, tween audience, and I'm looking forward to expanding our cleaning line as well."

Before they do that though, expect to see the company rein things in a bit. The Honest Company's lightning-fast growth — Wall Street values the privately held company at approximately $1.7 billion — has not come without some growing pains, and Jessica and her team plan to address that in the coming months.

"I think we tried to do a lot of things at once, and we spread the net wide," she shared. "Now as a company it's about going deep where we know we can win. Over the next six months you're going to see how we're going to edit through things that we know we're very successful at."

But that's not the only pain the company's facing. One day after the event, The Wall Street Journal claimed that two independent labs confirm the presence of sodium lauryl sulfate (SLS) in The Honest Company's laundry detergent, a cleaning agent that creates lather and has been known to irritate sensitive skin — an ingredient that the company has openly said it does not use.

In a statement to POPSUGAR, the company said:

"At The Honest Company, our mission is to develop safe and effective products for our families to use and for families everywhere to feel great about. Despite providing The Wall Street Journal with substantial evidence to the contrary, they falsely claimed our laundry detergent contains Sodium Lauryl Sulfate (SLS). To set the record straight, we use Sodium Coco Sulfate (SCS) in our brand's laundry detergent because it is a gentler alternative that is less irritating and safer to use. Rigorous testing and analysis both by our internal research and development teams as well as further testing by external partners have confirmed this fact. The Wall Street Journal has been reckless in the preparation of this article, refused multiple requests to share data on which they apparently relied and has substituted junk science for credible journalism. We stand behind our laundry detergent and take very seriously the responsibility we have to our consumers to create safe and effective products."

Growing always come with the territory, right? In the meantime, read on to see the adorable Springtime designs for the littlest ones at home.