Jimmy Kimmel is known for making us laugh, but in a rare 13-minute monologue at the start of his late show last night, he likely made every single person watching cry. Just a few seconds in, he got emotional as he revealed that his son, William John Kimmel, was born on April 21 with a serious, frightening heart issue.

Following a typical birth ("six pushes, he was out"), a "very attentive" nurse noticed that young Billy was a bit purple in color. Kimmel was in the room, which began filling with doctors and machines, when he learned that there was a problem with his newborn's heart.

"It's a terrifying thing," Kimmel said, his voice breaking. "You know, my wife is back in the recovery room, she has no idea what's going on and I'm standing in the middle of a lot of worried-looking people — kind of like right now — who were trying to figure out what the problem is."

A few days later, Billy underwent his first of likely three open-heart surgeries. The late-night host showed a photo of his son hooked up to IVs after the procedure. 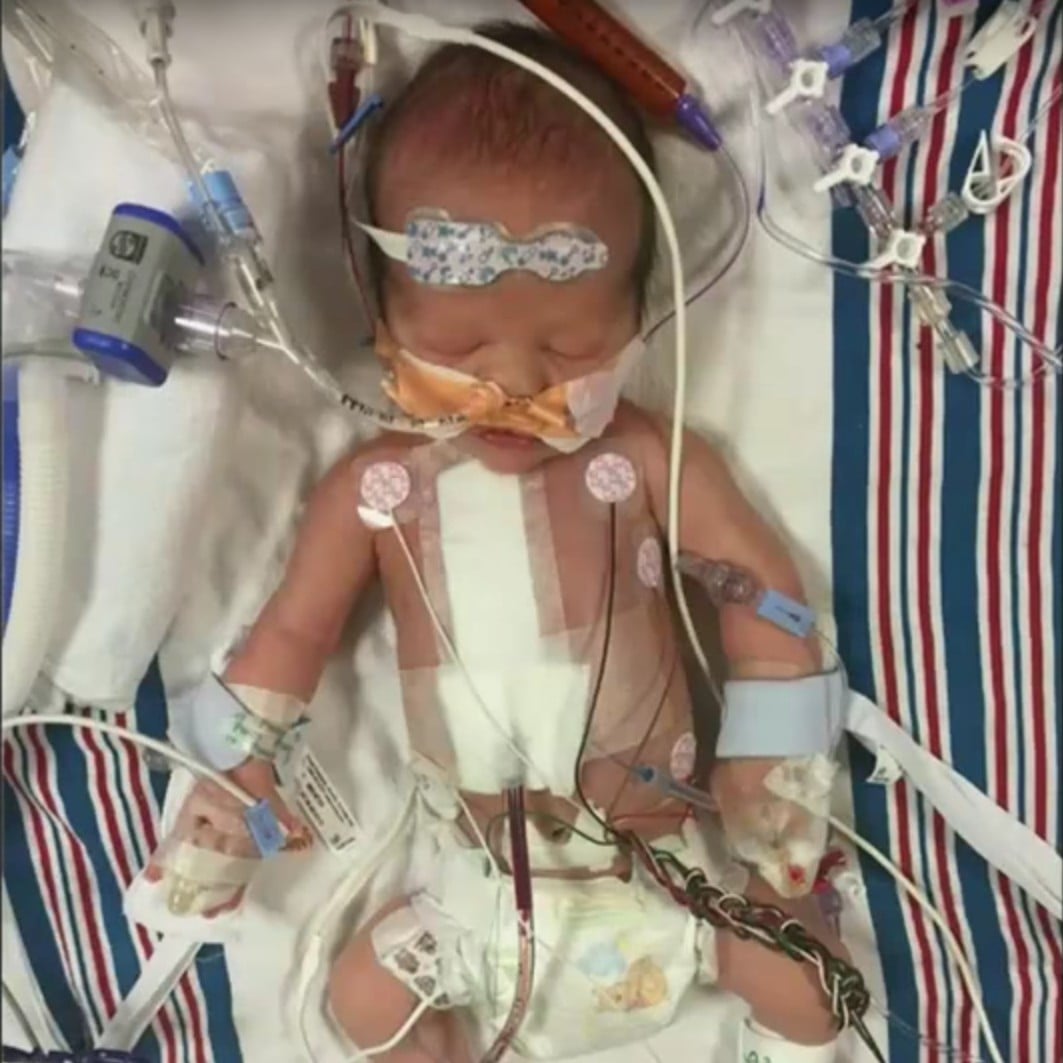 Through a mix of tears and laughter, Kimmel told the story of what happened next, thanked those who helped his family through those difficult moments, and made a bold statement about President Donald Trump's recent proposal of $6 billion in healthcare cuts that could adversely affect children across the nation.

"If your baby is going to die and it doesn't have to, it shouldn't matter how much money you make," he said. "I think that's something that whether you're a Republican or a Democrat or something else, we all agree on that, right?"

Penn Badgley
Penn Badgley Admits His Pleasant Fatherhood Experience Is, Ahem, "Not Helpful" to His Role on You
by Kate Schweitzer 6 days ago