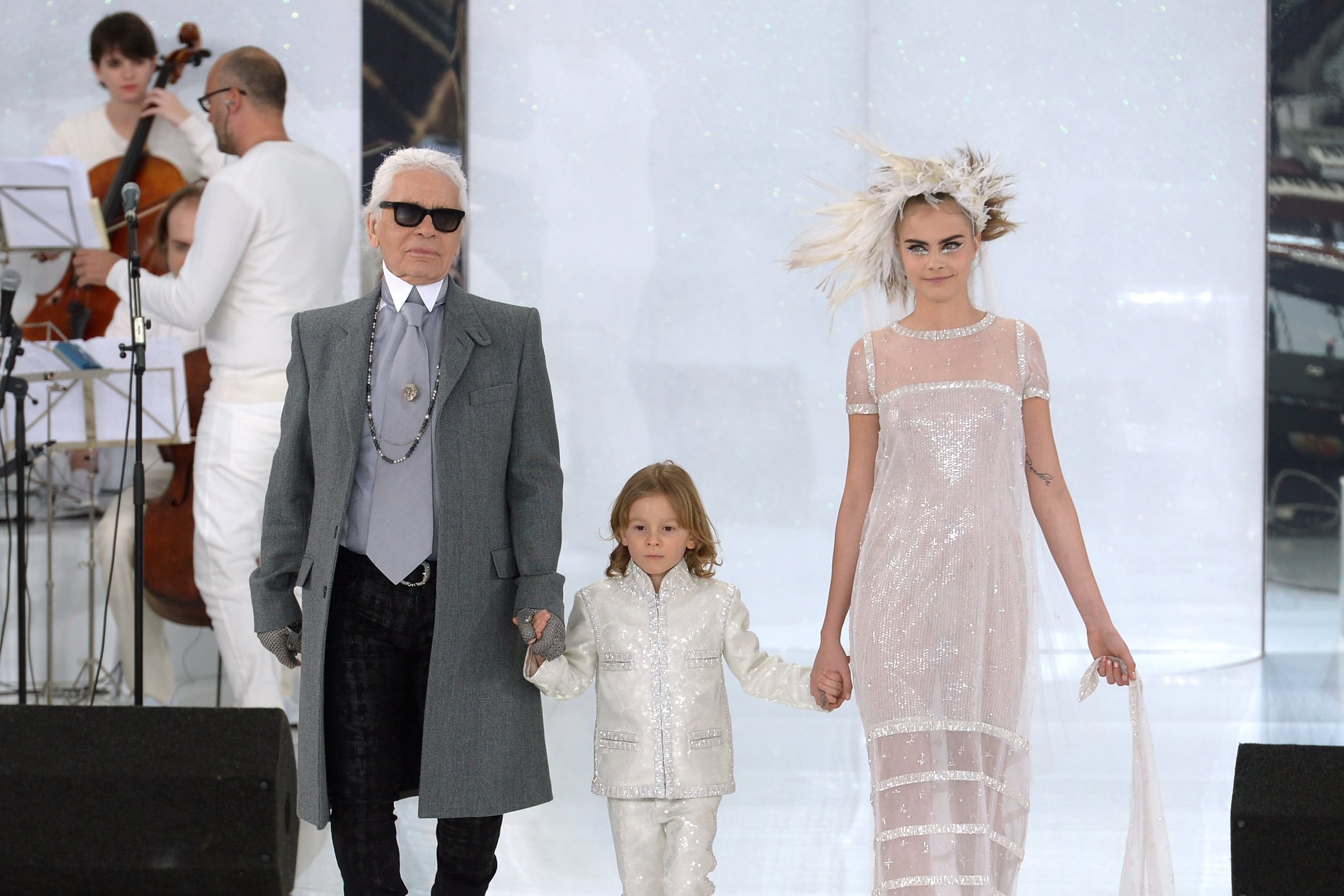 Eponymous fashion designer Karl Lagerfeld just announced that he's adding childrenswear to his repertoire beginning in Spring 2016, according to Grazia Daily. The line will include ready-to-wear apparel and accessories for newborn to 16-year-old girls and boys. (That's right, the most stylish baby in the hospital can now make a homecoming debut in Karl — just no spit-up, please).

Perhaps Lagerfeld's godson, Hudson Kroenig (shown above), appearing on the designer's Spring/Summer haute couture runway in Paris last January was a wink at things to come.

Kamala Harris
As a Mom, Having Another Mom in the White House Means So Much
by Jacqueline Hernandez Lewis 5 days ago