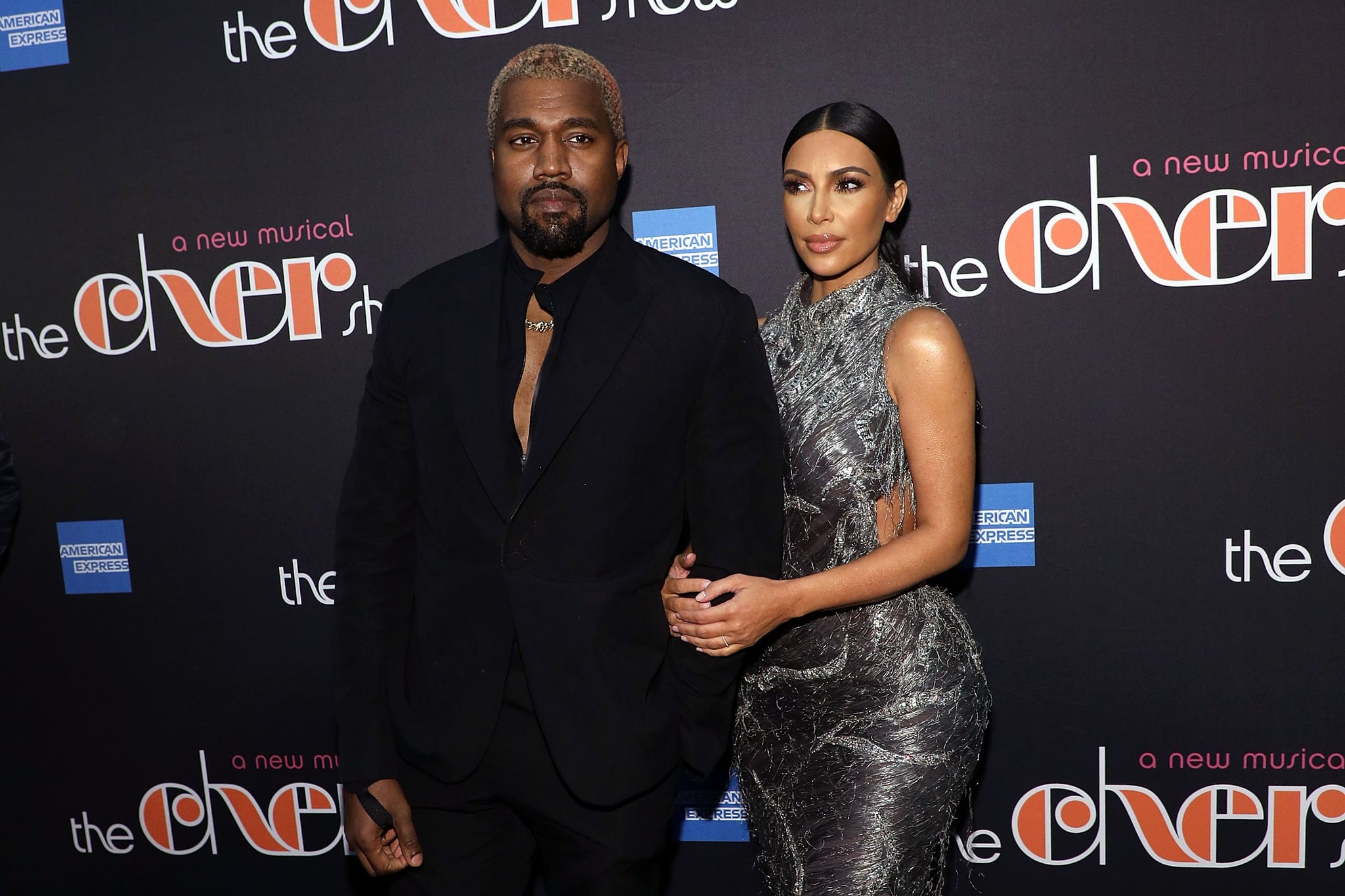 Back in January, Kim Kardashian confirmed that she and her husband, Kanye West, were expecting their fourth child — their second via gestational carrier — this May. The baby boy, whose birth was announced on May 10, is the youngest brother of 5-year-old North, 3-year-old Saint, and 1-year-old Chicago, who all have unique first names. However, for baby number four, we might see a more common name come into play.

On an episode of Jimmy Kimmel Live, Kim chatted with Jimmy and her sisters about her baby-naming process, which usually involves waiting until "after the baby is born when we're trying to figure out what the baby looks like." She added that her kids will go "about three or four days nameless until I feel that [a name] really connects with me." However, before this baby arrives, Kim has been tossing around the idea of using either an Armenian name or potentially the name Rob, after her brother and father.

Related:
30 Uncommon Boys' Names That You Might Start Hearing More

"I was truthfully thinking about just naming him Rob [after] my brother Rob, but then it's like, North, Saint, Chicago, Rob. Doesn't really go. But I really was feeling that . . . and my brother approved it," she said. "So that's our one kind of name. I like Rob West, but I don't like Robert West."

However, since the baby made his entrance, there have been a few other possible hints from Kim — could his name be Teddy? Or Bear? In two consecutive tweets on May 11, Kim shared photos of her CBD baby shower from April 27 and used the teddy bear emoji in both posts. "We celebrated our baby boy about a week ago and now he's here! He's so perfect!" she wrote in one of the tweets. "I was freaking out for nothing because he is the most calm and chill of all of my babies so far and everyone loves him so much."

Maybe Kim's referring to him being as cute as a little bear cub, or maybe those seemingly meaningless emoji have a deeper meaning. Either way, we can't wait to find out what baby number four gets named.