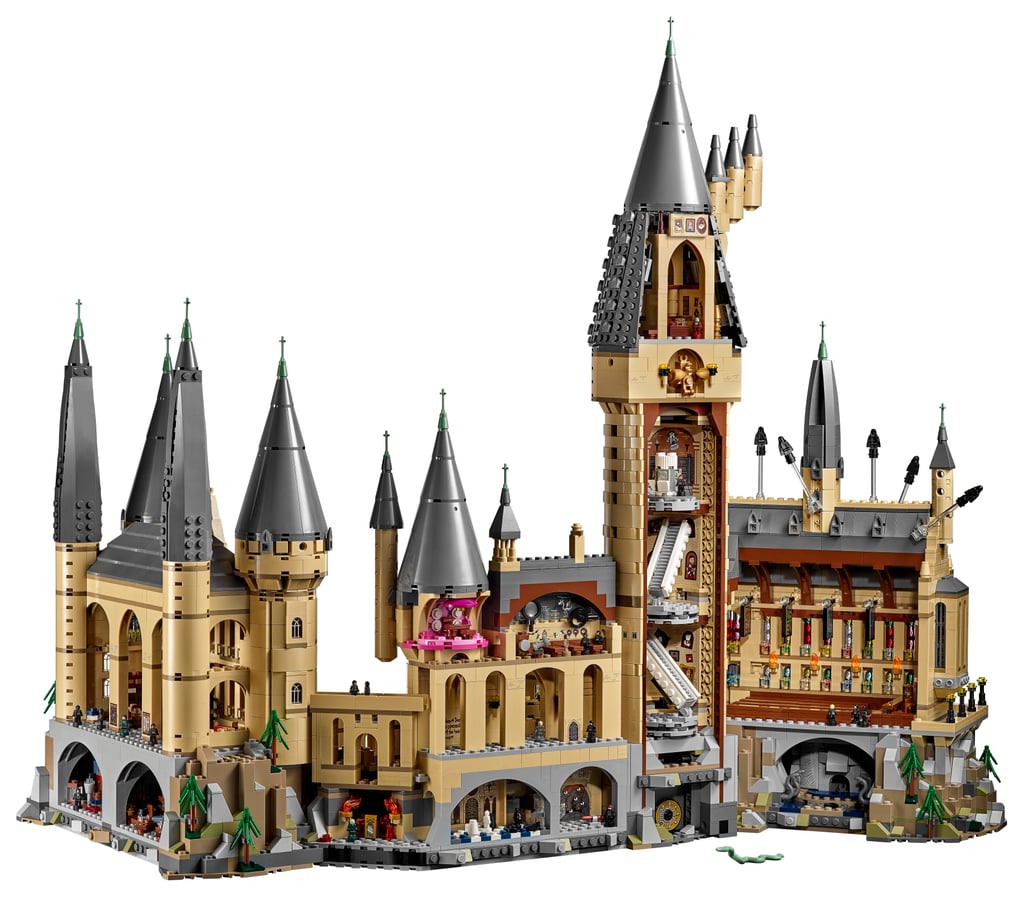 PSA: Lego Now Sells a 6,020-Piece Hogwarts Castle, So I Know What I Want For the Holidays

Attention all Harry Potter- and Lego-lovers alike: Lego just announced it'll be releasing a brand new themed set — its largest HP set to date — that you and your kids are going to put directly onto your holiday wishlists. Hogwarts Castle is back and better than ever (in comparison to the first castle set, at least) with 6,020 pieces, four minifigures, 27 microfigures, Hagrid's hut, the Whomping Willow, five boats, and, of course, the castle itself full of rooms and corridors from throughout the series, including Dolores Umbridge's pink office and Snape's Potions classroom.

Unlike the past 1,290-piece Hogwarts Lego model, this version will actually include Ron Weasley (likely inspired by the millions of complaints from owners of the discontinued set) and will feature a much larger-scale version of the castle. On the flip side, this set also costs significantly more, thanks to all its various features and it having more than four times the amount of pieces. If you're looking to add Hogwarts Castle to your collection, it'll set you back a casual $400 (I've already made a mental note to start saving).

Check out all the photos we have so far of the set, which is available Sept. 1 on the Lego website and in Lego stores (Aug. 15 for VIP Lego members).