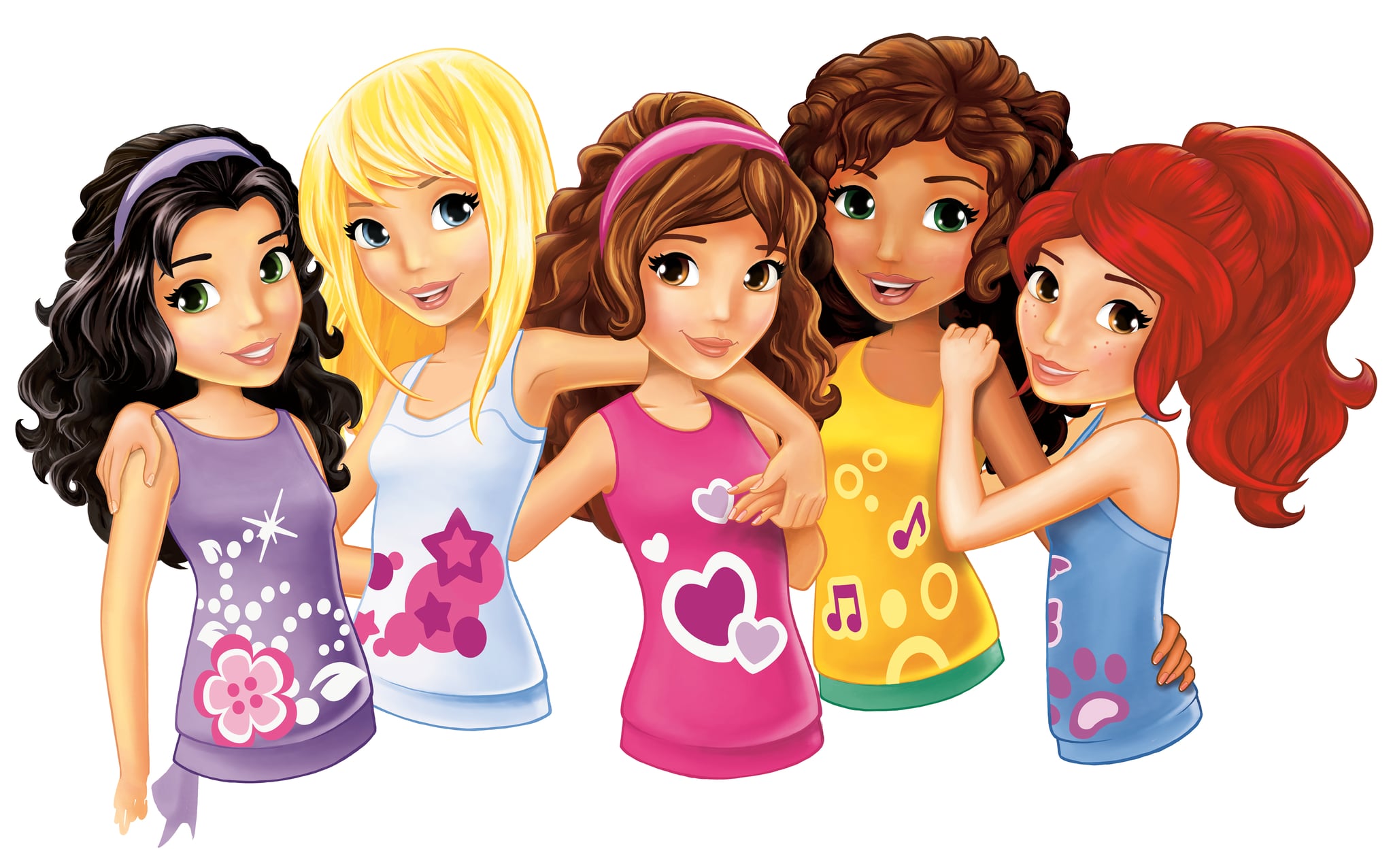 Say what you will about the idea behind Lego's Lego Friends line of pink-and-purple building sets and curvy minifigures, but the company had a bona fide hit on its hands when it introduced the line in late 2011. Though moms were in an uproar that their little girls couldn't play with the same bricks as their brothers and male friends, Lego had done its research and knew that girls' play patterns necessitated a different type of set if the company wanted to grow its business.

But do little girls need to be taking beauty tips from the characters that hang out at the Heartlake Hair Salon and sail through Heartlake Lake on the Dolphin Cruiser? Lego thinks they do. In on page five of the March-April 2015 issue of Lego Club Magazine, there is a big and bold article called "Emma's Beauty Tips" that encourages kids to determine the shape of their face — heart, long, square, oval, round — to determine the most flattering haircut for them. It includes tips like "Oval faces can often have almost any style haircut because almost everything looks great on this face" and "If you want a long style, curls and waves help your [long] face appear slightly shorter." Way to make kids feel self-conscious about something they have no control over, Lego. And way to pander to gender stereotypes.

Lego Club Magazine is a perk of joining the company's free Lego Club. According to its website, the club is for "Lego fans ages 4-12 years" and "lets a young Lego fan become part of a world-wide community of talented, creative and incredibly imaginative fellow builders, all in a completely safe and secure way." But should 4-, 5-, 6-, or even 9-year-olds even be thinking about finding complementary hairstyles? Writing in The New York Times, Sharon Holbrook opines, "My little girl, the shape of her face, and whether her haircut is flattering are none of Lego's concern. It wasn't even her concern until a toy magazine told her to start worrying about it."

But here's the kicker. While the Lego Friends version of the magazine includes beauty tips, the "boy" version includes nothing of the sort. There are no stories about personal hygiene or haircuts that flatter male head shapes. There are no stories about matching your outfit to your minifigs. There are cartoons, there are photos of creations kids have built with their bricks, and there is a craft designed to help kids sneak around their house to avoid doing chores.

Maybe it's time for Lego to go back to what it does best: building toy sets that kids love and obsess over. It had a winner on its hands when it did that. This just stinks of bad marketing.

Food News
This Itty Bitty Cinnamon Roll Cereal With Icing Is Almost Too Cute to Eat . . . Almost
by Chanel Vargas 4 days ago

Food Shopping
Green Giant's New Cauliflower Breadsticks Are Here, and I Call the Garlic Flavor
by Yerin Kim 5 days ago