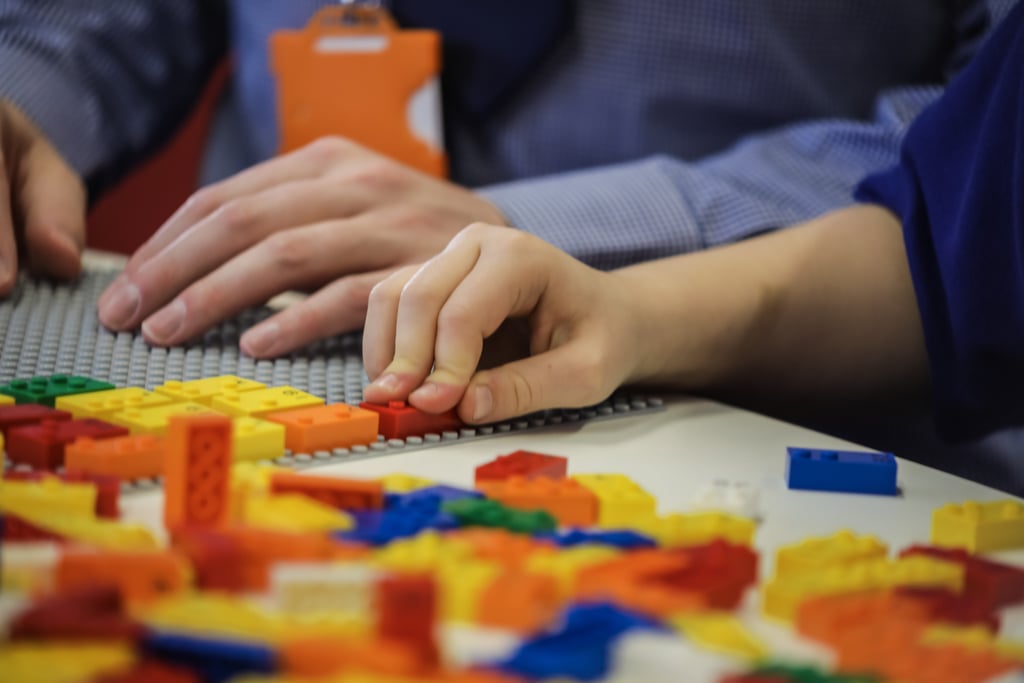 Since their inception, Legos have played a pretty large role in many people's childhoods for obvious reasons, but now the toys have gotten an update that could make them even more life-changing for children. The company released new Lego bricks customized with bumps that could help blind and visually impaired children learn Braille.

According to a release, Lego Braille Bricks are molded with bumps that correspond with letters and numbers in the Braille alphabet, but they're still compatible with regular Lego pieces. The new bricks were first proposed to the Lego Foundation in 2011 by the Danish Association of the Blind, and they were finally unveiled on April 24, 2019 during the Sustainable Brands Conference in Paris.

"Blind and visually impaired children have dreams and aspirations for their future just as sighted children."

"Blind and visually impaired children have dreams and aspirations for their future just as sighted children," John Goodwin, CEO of the Lego Foundation, said in a statement made in 2019. "They have the same desire and need to explore the world and socialize through play, but often face involuntary isolation as a consequence of exclusion from activities."

Goodwin continued, "With this project, we are bringing a playful and inclusive approach to learning Braille to children. I hope children, parents, caregivers, teachers, and practitioners worldwide will be as excited as we are, and we can't wait to see the positive impact."

Each kit contains more than 300 Braille bricks covering numbers, select punctuation symbols, and the full alphabet. Kits will be distributed for free to "select institutions, schools and services catering to the education of children with visual impairment." Currently, Lego Braille Bricks are available in Brazil, Denmark, France, Germany, Norway, the United Kingdom, and the US. By 2021, Lego plans to roll out the product to account for "eleven languages across twenty countries." Additionally, Lego has provided several hands-on activities kids can do with Braille bricks on its website.

Related:
68 Brand-New Lego Sets For 2020 That You Will 100% Want to Build Alongside Your Kids
Previous Next Start Slideshow
ToysKid TechLEGO