We partnered with The Estée Lauder Companies' Breast Cancer Awareness (BCA) Campaign on this post that proves there are plenty of lessons to be learned from loss.

Losing someone you love is hard enough, but also having to watch them struggle through an illness like cancer compounds all those emotions. You feel helpless, wanting to ease their pain but you can do nothing but sit by and watch the light that normally exudes from their every being diminish until there's nothing left for them to give.

I was lucky. My grandmother held on to her light. She shone right up until her very last breath because she adored life. She loved to sing, to dance, to laugh, and to cry tears of joy. I'll never forget the look in her eyes when I told her I was moving two states away to find my independence. They were filled with both sadness and pride — I had become a strong woman but had done so far too fast. 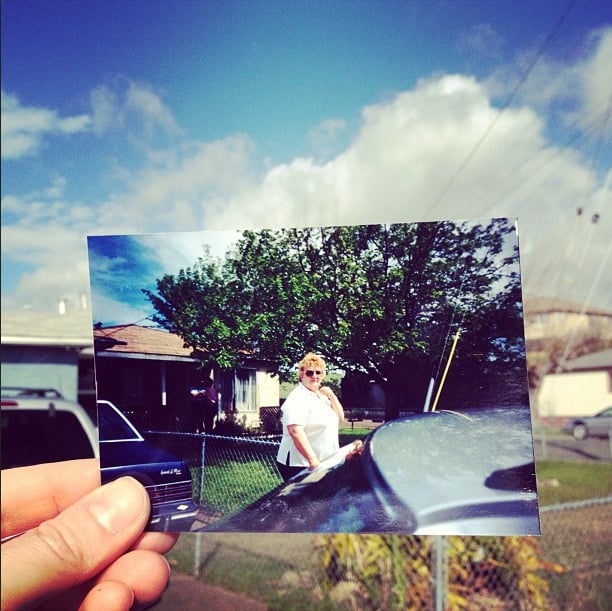 My grandmother was a very important part of my life from the beginning. Both she and my beloved grandfather helped care for me while my mom, a single mother and a superhero in her own right, worked two and sometimes three jobs to ensure I was well taken care of. I spent a lot of time with her, and they remain some of the best moments of my life. She taught me a lot of important lessons throughout our lives together, but it was in her death that I truly understood what they meant.

Take Care of Yourself, but Indulge Often

If there was one thing that cancer taught my grandmother, me, and the rest of my family, it was to embrace life. Enjoy it. And as cheesy and cliché as it sounds, live like every day is your last. Like eating the dessert you really want instead of the strawberries you "should" have.

There will be plenty of opportunities to do the things you feel you "should" do. But how many times will you do the things that you truly want to do? On her deathbed, she told me my scales should be tipped to the latter, because following your heart is where the joy of life is found.

If my grandmother was one thing, it was stubborn. There is no question whatsoever that she is where I get this lovely trait from. But stubbornness is not always about digging in your heels to stay put, it can also be about pushing forward. Stubbornly looking ahead, constantly pushing, pushing, pushing. This is the kind of stubbornness she had. No matter how many times we told her to slow down and take it easy, she would persist and push on. She'd keep going, always wanting more. For me, this now means never giving up, always moving the boundaries of what I think is possible, and never settling. My "stubbornness" has become one of my greatest strengths, and I have her to thank for that.

It's an understatement to say that life isn't always easy. We each go through our own personal struggles every single day. But it's those moments of bitter cold, dark, and rainy Winter that truly make you appreciate the sun. My grandmother struggled with her health for nearly 30 years, fighting off cancer in many forms, but she knew that after every mountain was a valley. After every desert was an oasis (preferably Las Vegas), and after every Winter comes the Spring. In those times of struggle, she had the most amazing ability to crack a joke, shrug her shoulders, and say, "It could be worse." And we all knew she was right. This is the light in my dark tunnels. This is my silver lining.

Laugh at Everything, Even When It's Inappropriate

My grandmother had a knack for humor. Usually the kind that people find inappropriate for general conversation. But she was unapologetic about who she was, and she would crack the best jokes at some of the most unsuitable times. It's one of the traits that drew people to her and made them love her so deeply. We didn't have a funeral for my grandma. Instead we had a "celebration." A party. An event where we all got together and told silly stories, told tasteless jokes, and reveled in the life that she lived. We laughed. And even if it seems inappropriate to laugh at a funeral, it was the only way she would have wanted it.

Take Nothing For Granted

There were many things I took for granted, and having my grandmother in my life was one of them. This devastating lesson I had to learn on my own after she passed. I had assumed because she survived so much — going in and out of the hospital for transfusions, surgeries, and sometimes just because she caught a cold — that she would live forever. I called often, I visited even more frequently, but to this day I feel like I could have done more.

Who cares if someone cuts you off on the freeway; you're still within your capacity to drive. So what if someone cuts in front of you in line at the store; you're still standing on your own two legs. Laugh off the annoyances of your partner not putting the dishes away, because nothing this trivial in life is worth getting that upset over. Never take a single breath for granted.

Looking back, there are so many moments where I wished I had just said "I love you" one more time. Maybe saying it multiple times would bring her back. It's been seven years since her death and I still whisper "I love you, Granny" when she enters my thoughts. If you love someone, you should say it, and say it often, because you never know when you'll get a chance to tell them again. Possibly never.

I have a son now, and while I wish so badly that he could have known her, I see so much of her in him: his hands, his feet, his laugh, and the way he sticks out his tongue when he's concentrating. I don't know anything about the afterlife, but I can tell you that she now lives in all of us — from the traits that were passed down to the lessons that she taught us. The same lessons I'm teaching you. So please, take care of them.

Share a photo or message for those touched by breast cancer on Instagram or Twitter with #BCAstrength, and The Estée Lauder Companies will donate $1 toward lifesaving research, up to a maximum donation of $22,000, to the Breast Cancer Research Foundation (BCRF) in honor of the BCA Campaign's 22nd anniversary.