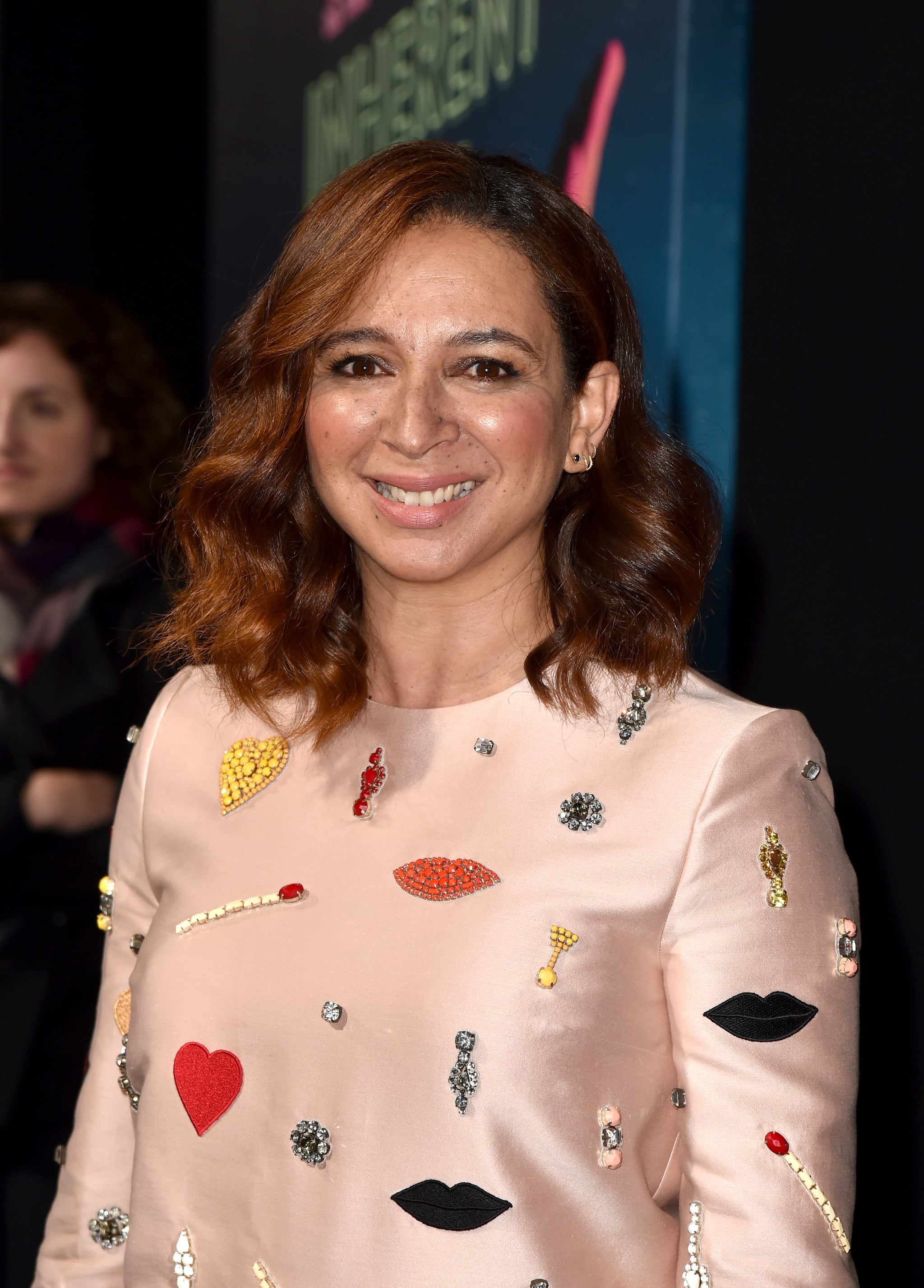 Underneath the layers of impressions and characters comedian Maya Rudolph plays, she's a very simple woman — she's Mom. At a roundtable discussion to promote her then upcoming movie, Angry Birds, the mother of four slipped in a few golden nuggets about what it's been like being a mom within her career and in the comedy world.

How has motherhood changed you?
Maya Rudolph: I mean, I don't go out as much — at all. But more importantly, in life, it allowed me to create something that I call the "bullsh*t meter," which is basically the things that are literally not important — I just got rid of them. I used to take on a lot more than necessary, and when it's you, you're sort of your own worst enemy in life, you take on a lot more than is necessary.

When you're thinking about another human being who you can see it's far more precious than you and you have the instinct to take care of them, you naturally do what's right and what's important and they always come first. It just allowed me to stop saying "yes" to things that were not good for me or not important. Also, the priorities are much more clear now.

But I'm still totally scatterbrained. It's so hard to be someone else's manager — I didn't sign up for this! 'She can come to your house on Saturday but she has a birthday party at three so . . . ' That is just exhausting.

We have never seen any pregnant actress work the way you did — how did you do that?
MR: I just never stopped! Because I didn't want to. I just didn't want to sit around and be idle, and also, let's be honest, when someone was like, "Hey, do you want to work?" I'd be like, "Um, yeah, I do." I didn't know how to say, "I want to stop." And it wasn't a vanity thing at all, because when you're pregnant you just think, "I'll just be pregnant in this!"

So, you have four kids.
MR: I can't stop. I did stop, but I'm clearly a baby addict. I just worked with a baby recently and was like, "Ugh, you smell so good, I want one!" I'm a baby person.

How do you feel about breastfeeding?
MR: I liked nursing — that was a life experience that, by the way, I know not everyone likes, but I did. It was this weird thing that I never knew I'd be able to have. I assumed I would, but I didn't know what it would be like. And it's so sad when it's over! You're the only one that can offer that to your child, and it's just wild. It's a wild human experience.

My mother breastfed me — there's like, folklore about it, people say, 'I remember your mother breastfeeding you!' — probably until I was about four. So I just thought my kids would be hanging off me for years, but they all said, 'I'm done!'