PHONE OFF, FUN ON! Take a break from your phone with a family playdate at McDonald's. Lock away your mobile and unlock hours of fantastic fun for your entire family. #FamilyPlaydate

No matter how strictly parents regulate so-called screen time, smartphones have had an inevitable effect on quality family time. In an effort to promote technology-free moments, McDonald's is testing out the idea of smartphone lockers, starting with one flagship location in Singapore.

So, how does it work? Each locker is left unlocked with a key on the outside. When patrons decide to lock up their smartphones, all they have to do is simply take the key and then use it later to retrieve their devices before leaving the restaurant. Additionally, staff members are instructed to remind patrons to grab their phones before leaving, just in case.

Related:
Dad Admits He "Felt Like Sh*t" After Blatantly Ignoring His Son to Be on His Phone

Linda Ming, a director of brand communications and customer care, said McDonald's conducted a survey that found a high percentage of families use smartphones during meals. In an interview with Channel News Asia, she said, "As a popular restaurant destination for families, we have observed that the use of mobile devices during meal times may sometimes get in the way of family bonding."

Though some might view the experiment as an extreme measure, it might very well help families disconnect from their devices and instead connect with each other. At press time, McDonald's has yet to formally announce any plans to bring the smartphone lockers to other locations. However, they could take it into consideration depending on how popular they are.

Beauty News
Estée Lauder Is Sending a Product Into Space, Because Even Astronauts Love Their Serums
by Danielle Jackson 2 days ago

Nostalgia
American Girl Just Released a "Historical" Doll From 1986, So Feel Free to Put in Your Dentures
by Alessia Santoro 6 hours ago 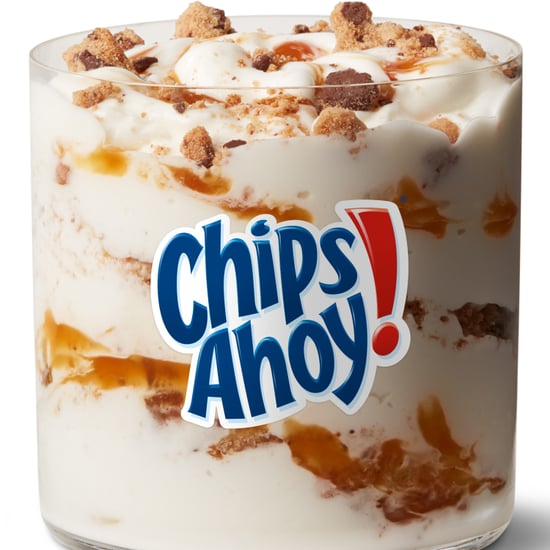 Food News
Excuse Me While I Dunk My Face Straight Into McDonald's New Chips Ahoy! McFlurry
by Chanel Vargas 3 weeks ago