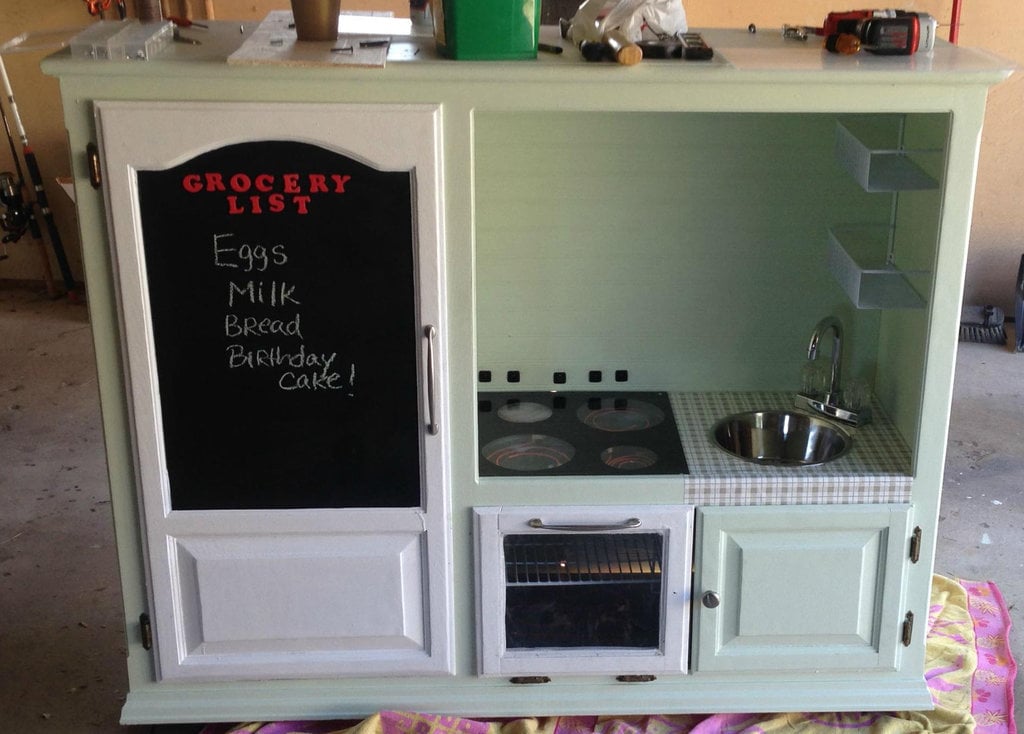 For his second birthday, one little boy got an amazing kitchen playset that his parents made from an old piece of furniture. It turned out SO well, and the birthday boy's parents were excited to share their creation with the Internet by posting the photo gallery to Reddit.

While thousands of people loved it and commended the parents on their awesome DIY skills, others had some really mean things to say. People commented saying things like "faggot" and that this would "turn him gay". And you know what the boy's father had to say?

Best response ever. Here's to letting your kids be whoever they want to be.