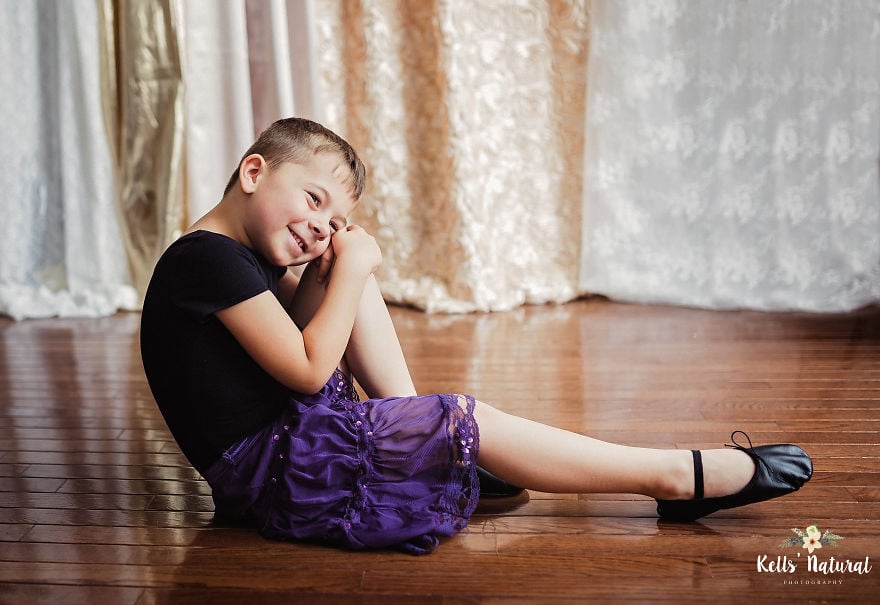 Crystal Kells isn't sure what the future holds for her 5-year-old Cian, but she does know that she irrevocably loves him. See, Cian exhibited a curiosity in clothes and gender performances at a young age. In a beautiful essay about her son on Bored Panda, Crystal stated quite simply that some days Cian pretends he's a superhero and wears capes, while other days he wears dresses.

Crystal is also unsure, however, about how Cian will want to live his life as an adult. She said, "Some days he says he wants to be a girl with a vagina and we simply tell him, 'When you're an adult, you can certainly make the decision to change to that if you wish.'" Adding, "We support our child in whoever they are and look forward to seeing how their gender expression manifests as they age. The most important thing to us is the health and happiness of our son."

Related:
You Need to Read This Mom's Letter to Justice Clothing Store After Her Son Shopped For Clothes "Just For Girls"

Though parents of transgender children may disagree, Crystal does feel as though he's too young to make that decision right now. Adding, "He's 5. He also wants to be a mermaid and Iron Man. We're keeping it simple right now."