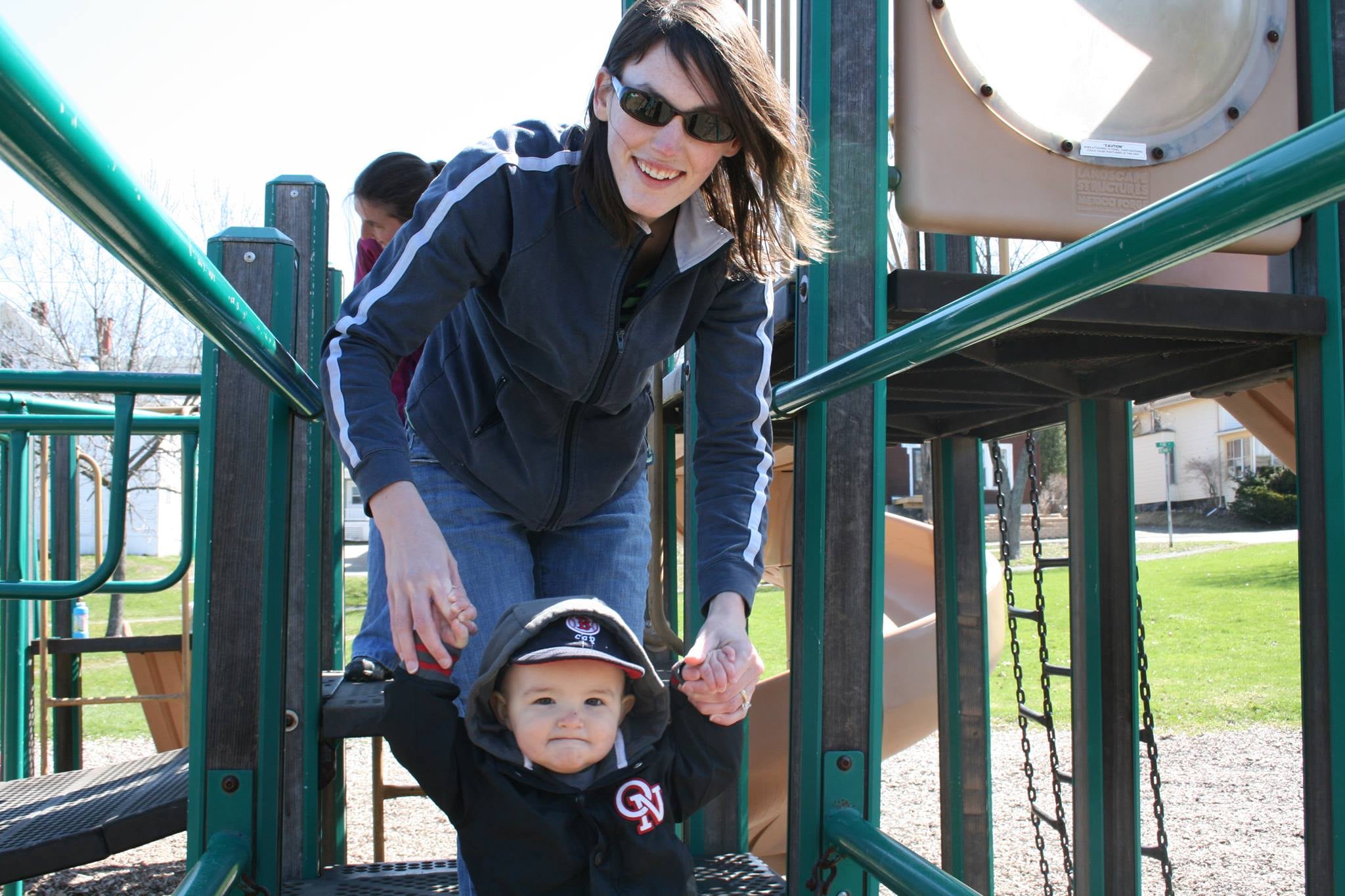 The time between giving birth and sending your little ones off to their first day of school can pass in the blink of an eye. Lauren Cormier is no stranger to this phenomenon; in fact, she remembers the moment she "grew up" just like it was yesterday. In a post to her blog, Oh Honestly!, she explained that despite going through the same transition as a child, it doesn't soften the blow once you become a mom in a blog post:

We had this thing we did. It started when I was tiny and we did it every night when she tucked me in.

"Hug me like I hug you." Sometimes the hug was normal, sometimes it followed some strange order of arm movements that the other hugger had to get just right. "Kiss me like I kiss you." And again, sometimes a simple peck on the cheek, sometimes a series of kisses done in a particular order that had to be carefully replicated.

We'd done this for years. And then at some point I decided I didn't want to do it anymore. I was growing up. I was growing away. But how do you tell your mom that? It weighed on me for days until finally one night as she tucked me in, I bared my heart. It hurt, that confession. Partly because it was the closing of a chapter, partly because I knew it would hurt her. She took it well. She understood. I don't know if she cried later. I think she probably did.

Now that Cormier is a mother herself, she finally understands how bittersweet watching your child come into their own can be. "Last week my son told me that his friends teased him because of the notes I put in his lunch box. I said I would stop writing them if he wanted me to."

She explained that though she's felt the same things her son is feeling in her own life, she can't help but realize he's starting to slip away from her. "He told me I could continue, but I could see the struggle in his eyes; the struggle between not wanting to hurt my feelings and growing up. Up and away. Maybe it'll be the lunch box notes, maybe it'll be our bedtime cuddles, maybe it'll be something else entirely," she wrote. "He'll struggle for days between hurting my feelings and being true to what he is meant to do: grow up and away."

Although the journey of raising kids can be an emotional roller coaster, she says that, like her mother, she'll take it in stride: "And I will take it well. I'll understand."