Hey Folks! If you are even the least bit curious about the background of this letter, here is a link to what lead up to...

No matter the age, sometimes kids need a dose of tough love to get their attitudes in check. After bragging about making his own money and lying about doing his homework, Aaron Havisham, a 13-year-old from Australia, learned his lesson the hard way.

In an epic letter that his mom posted to Facebook, Estella (she goes by a pen name to protect her identity) presented Aaron with a monthly bill for $717 — not including a potential $30 maid fee — and an explanation that itemized his new expenses and daily responsibilities. In the stern note, she made her expectations clear that if he wanted to continue acting like a roommate rather than a respectful child, he'd have to pay up.

"Since you seem to have forgotten that you are only 13 and I'm the parent, and that you won't be controlled, I guess you will need to learn a lesson in independence," the letter starts out. "Also, as you threw in my face that you are making money now, it will be easier to buy back all the items I bought for you in the past. If you would like your lamp/lightbulbs or access to the internet, you will need to pay your share of costs."

The viral message — which was left outside her son's door to find when he woke up the next morning — has made a clear statement: don't mess with mom!

Pregnancy
From Geriatric Pregnancy to Incompetent Cervix, Outdated Women's Medical Terms Are Getting an Update
by Kate Schweitzer 13 hours ago

Family Life
Jessica Woo Makes Such Fun Lunches For Her Kids — and the TikToks Are So Soothing!
by Ashley Broadwater 5 days ago 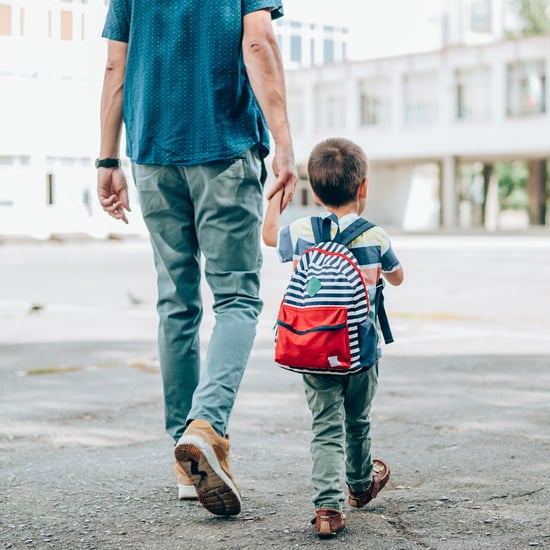 Family Life
Early Intervention: It Isn't the End of the Road For Kids With Autism — It's the Beginning
by Victoria Rosenberg 1 week ago