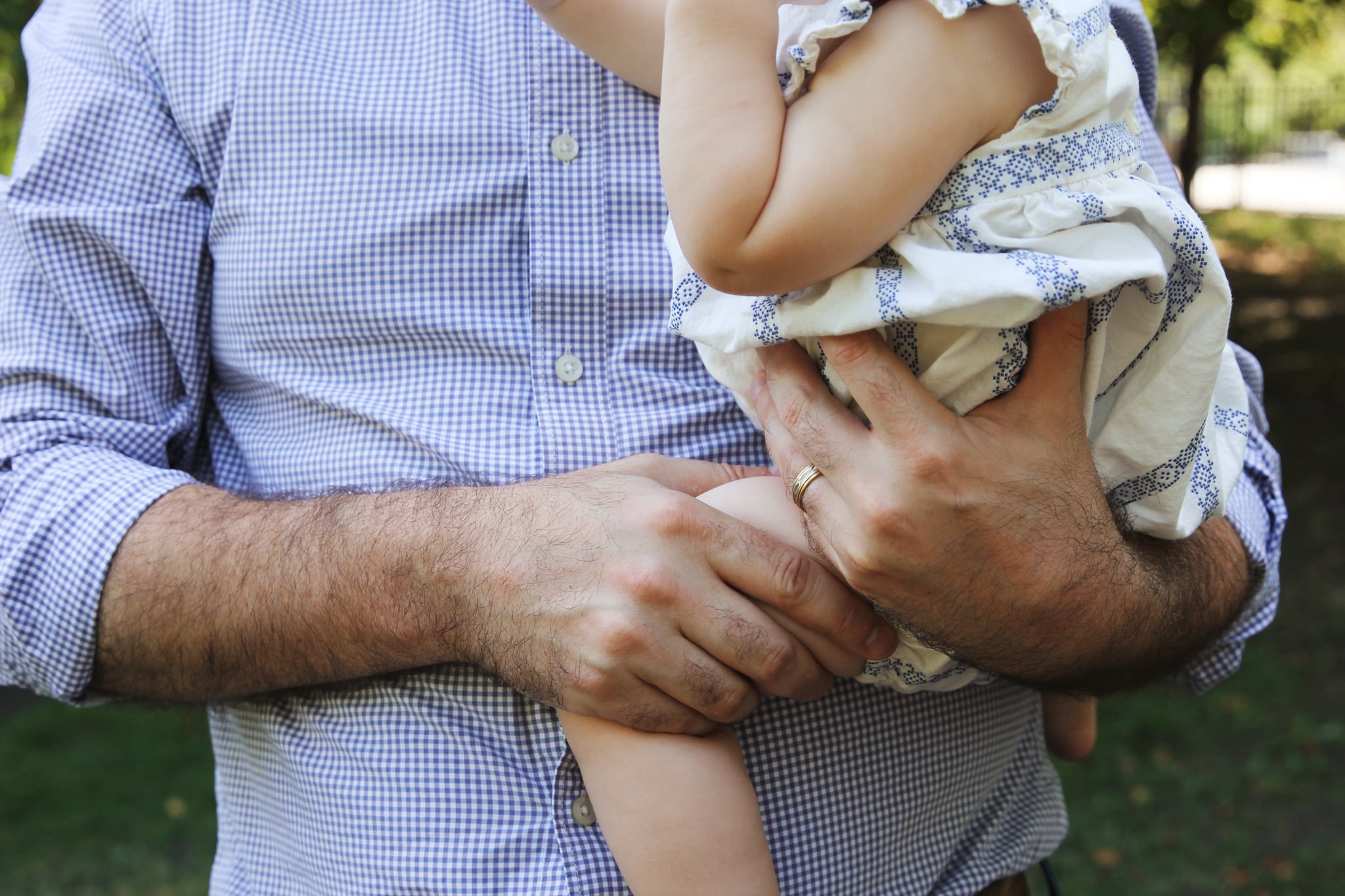 We were clearing the dinner table one night when my dad started to tell me the story that would permanently shift the way I thought of him. Everyone had spent the meal reminiscing, tossing out old family stories and laughing about some of our long-forgotten childhood memories. After my siblings left, Dad and I were cleaning up when he brought up the pinewood derby race we'd entered when I was in third grade. I hadn't thought of that day in years, but as soon as he mentioned the little car I'd made out of wood, I remembered.

"You were determined to make that car by yourself, so after I helped you sand it into shape, I left you to it," he said. "By the time you were done, you were so proud."

I'd turned the block of wood into a tiny bed, a miniature version of the one I slept in each night. The car was white and smooth, with a one-inch headboard at one end and a half-inch footboard at the other. Every detail had to be accurate, so I'd picked out a swatch of fabric that matched my comforter, cutting it into a small blanket and tucking a little picture of my 9-year-old face onto a cotton-ball-turned-pillow. It probably looked silly, but Dad was right. I was so proud.

On race day, we packed into a gymnasium with a crowd of fathers and daughters for an event that was much bigger than either of us had anticipated. Navigating through the group, we eventually found some familiar faces, including a neighbor who was busy securing small weights on to the bottom of his daughter's sleek, streamlined car.

In retelling the story, my dad called this out as the moment when everything turned. "My heart sank," he said. "I looked around the room at all these perfectly smooth, aerodynamic cars. It was obvious that the dads had made them, and that morning, all the men were adding weights and comparing notes while the girls played together. I realized you were the only kid who'd actually done it herself."

His eyes welled up as he painted the picture of me standing there, my long curls in braids as I cradled my little car proudly in my hands. He reminded me of the first race, of how I gave him a thumbs up when I carried my car to the start of the track and how he knew what would happen when I let it go.

I lost, of course. By a lot. As all the other cars zoomed down the track, dads and daughters screaming and cheering, mine stopped right at the bottom of the first slope. People laughed. My face grew hot, and I became suddenly, uncharacteristically shy. That sweet little miniature bed I'd been so proud of, so careful with, suddenly seemed humiliating. I was a tomboy with three older brothers, determined not to cry, so I fought back tears before running to my dad and begging him to take me home. He didn't, though, because according to the rules, each car had to race in each lane, so that day I relived the same mortification over and over again.

To be honest, I barely remembered any of this when my dad brought it up. Sure, I remembered my car, and of course I remembered losing, but the memory hadn't sat with me. I was over it the next day, back to running around the park with my best friends.

It was a different story for my dad. "The whole thing wrecked me," he said. "I was so proud of you, and my heart broke watching those races. Over and over I watched you feel humiliated, but I knew the right thing was to stay and have you see it through. I came home and I couldn't sleep, and I swore to myself that for the next year, you'd have the best f*cking car in the room."

And that I did. The following year, my dad read everything he could about pine derby cars. He worked long hours as a lawyer in those days, but when he came home late at night, he pored over the race rules, tinkered with special weights, and helped me design a cool, aerodynamic car with a shot at winning. He made sure that the car was still mine, though, letting me pick out weights and paint it myself. Come race day, we were ready, and in the end, I took first place.

Standing in my parents' kitchen, Dad's voice started to crack as he talked about that day, saying how proud he'd felt and what a thrill it had been to see my face light up after each race. "It wasn't about the winning, though. That was a bonus," he said. "I just couldn't watch your heart break again, and I didn't want you to give up just because it had been hard."

I saw it then — my dad not just as the confident, capable, brilliant guy I'd always admired, but as a parent who sometimes struggled. A parent with insecurities and vulnerabilities who sometimes just had to figure it out along the way and do the best he could. I saw him as wonderfully, imperfectly human. And it was such a relief.

I'm months away from becoming a parent myself, and as I've dreamed about the type of mother I hope to be, I've been terrified that I won't be good enough. That I won't be as good as my parents and that I won't live up to the examples they set for me. But then I think of my dad and this story, one about a day I'd hardly remembered but that he says he'll never forget. And I realize that nobody ever feels good enough, and that parenting is hard work, and that kids' hearts will break, and that your job as a parent is to help them heal and maybe teach them a little something along the way.

Those cars, by the way, still sit in my closet. I'm still really proud of both of them.

by Angela Law 25 minutes ago