Lest anyone think Olivia Wilde's beautiful breastfeeding photo shoot with baby Otis was a publicity stunt, the new mom is at it again — and this time it's for charity.

Following her nomination for the insanely viral ALS Ice Bucket Challenge, on Saturday, Wilde shared her video, stating that "I hope it's ok, I couldn't find any water so I'm going to use breast milk . . . It took me all night to make this," before dumping a vat of icy milk over her head. The breastfeeding advocate then went on to challenge women's rights advocate Gloria Steinem, Prince, and New Jersey Senator Cory Booker.

After several of Wilde's Twitter followers were confused about what she actually poured over her head, she set the record straight, informing her fans that it would be nearly impossible to part with that much breastmilk!

Oh wait some of you thought that was really breast milk? Oh dear. Uh thank you? But my boobs aren't that generous. Haha.

Anyone have a cookie to go with this Ice Bucket Challenge? 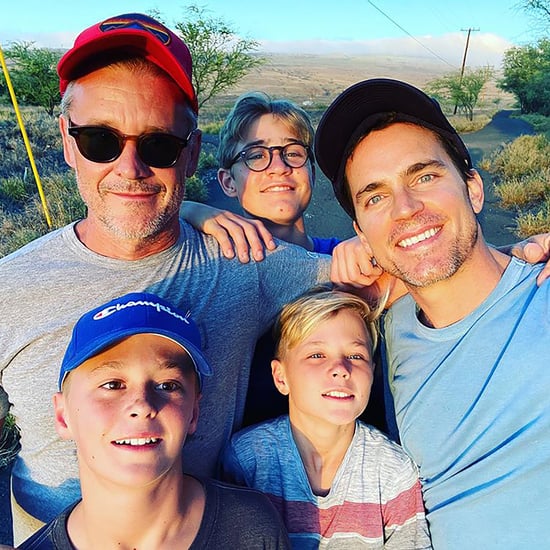 Matt Bomer
Matt Bomer Has a House Full of 3 Sons — Including Twins!
by Hedy Phillips 1 day ago