Walk into any mommy and me class and you're likely to find a handful of baby girls with their ears' pierced — even more if you're in certain geographic areas. What's considered a cultural tradition in some parts of the world is being called "child cruelty" by others.

Susan Ingram has created an online petition calling on British ministers to ban the piercing of babies' ears. She states that:

"It is a form of child cruelty. Severe pain and fear is inflicted upon infants unnecessarily. It serves no purpose other than to satisfy the parent's vanity. Other forms of physically harming children are illegal- this should be no different."

And while it's tempting to chalk this up to one mom's crazy quest to get some attention, a quick browse through the 51 comments that follow the 38,000 signatures prove that she is not alone in her beliefs. Supporters have said everything from:

"Because no parent has the right to inflict pain on an innocent child for something that is not needed."

"I wouldn't go as far to call it child abuse. It is, however, an unnecessary puncturing of the skin, which always carries the potential for infection, not to mention inflicting pain (whether a few seconds or not is irrelevant) on a child who has not given their consent. The ears belong to that child, not the parent, and the only person who should have the right to decide whether to pierce them or not is the child themselves, when they are old enough to make an informed decision about their own body."

"It IS child abuse, pure and simple. If anyone put a piercing implement in any other part of a baby's body, arrest and prosecution should follow."

In many Southeast Asian and South American countries, babies' ears are pierced in the hospital the day after birth — gold studs in the ears are considered a good luck charm. Other families do it out of tradition or just because they like the way it looks. But critics say a child should have a say in the matter.

What do you think? Should it be illegal to pierce your baby's ears? 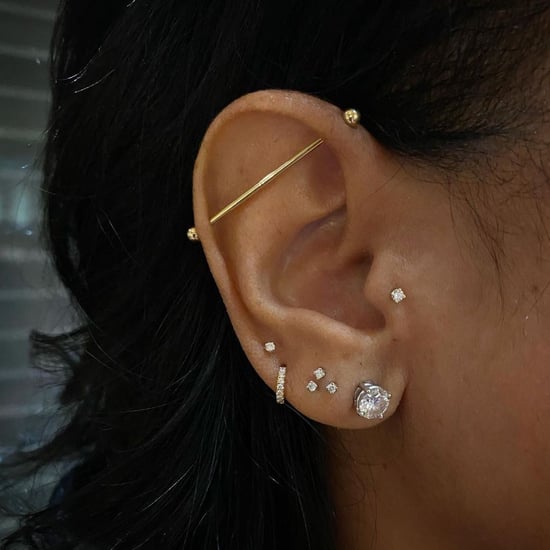 Beauty Interview
Last Year's Biggest Piercing Trends Are Getting a Redo in 2021, According to a Pro
by Danielle Jackson 6 days ago