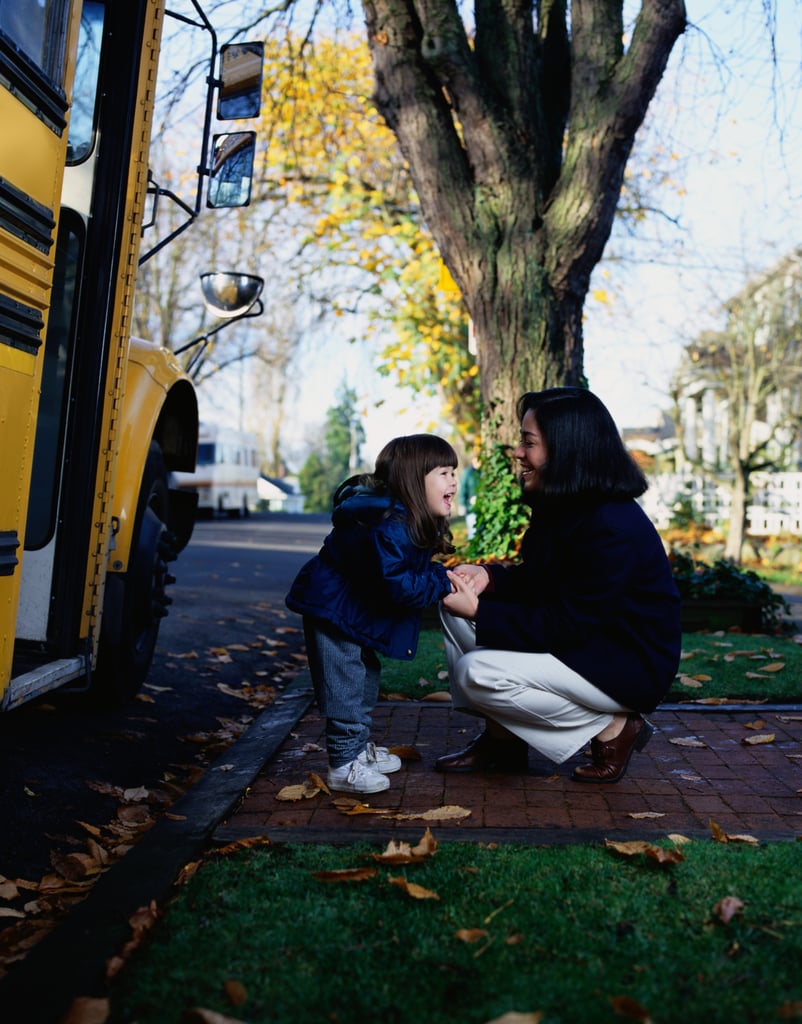 As a mother of a son who "was born with an above-average disregard for authority," Christine Bronstein had a lot on her hands when it was time for her son to start kindergarten. "Needless to say, he had more than a little trouble adjusting to school. He actually walked right out of his preschool during nap time, after he asked the teacher to 'get me outta here.'" The founder of A Band of Women, a social network and information website for women, Christine took the experience and turned it into a children's book, Stewie Boomstein Starts School, the first in a series of books for kids and parents that deals with the transition to kindergarten, a critical moment in a child's life where parents are often in the dark about how best to manage it. Here, she shares her tips for preparing your child for school.

Did you know that your child's transition into school is not only an exciting step in growing up, but is also a determinant in your child's future academic performance? A National Institute of Health study showed transition practices a school has in place to smooth a child's initial path into kindergarten were directly correlated to academic achievement by the end of kindergarten. These same transition practices were proven to increase parent involvement and, according to another study, "research has suggested that parent involvement in school activities starting at kindergarten strongly impacts a child's adjustment to school, which can maintain through at least sixth grade."

Not to add to any growing anxiety you may have in reading these statistics, but still another study sponsored by the National Center for Educational Statistics suggests that kids who have unsuccessful transitions into kindergarten are "less likely to catch up . . . and more likely to drop out of school."

But this crucial step doesn't have to be overwhelming. In 1998, the National Education Goals Panel made a national push for kindergarten school readiness, and most schools have initiated school readiness practices since then.

But these practices require a combined effort, and parents must understand the importance of these events, get informed, and take advantage of transition practices a school has to offer.

For example, many transition events such as kindergarten sneak peeks, open houses, and kinder camps happen in the Spring and Summer before kindergarten, well before parents (at least this parent) think they need to start transitioning their child.

When my son was starting school, I had no idea that a visit to school the Spring before he started would make such a big difference in his overall academic achievement. Since he seemed to be having such an easy time with learning, I failed to see the importance of the other parts of starting school. But my little guy needed to know more than just his alphabet. He needed to know what his classroom looked like, what his schedule would be, and what the rules were. He needed to know who his teacher would be and what she expected of him.

Because I failed to see these things, he entered a new universe where he had no idea what was going to happen next, and he grew really frustrated. Needless to say, he did not have the smoothest transition.

I impart these tips to all the overwhelmed parents out there. They are simple, concrete tips you can do without breaking a sweat, I promise. And, luckily for busy parents, it turns out some of the most successful transition practices in determining a child's outcome are not very time-consuming.