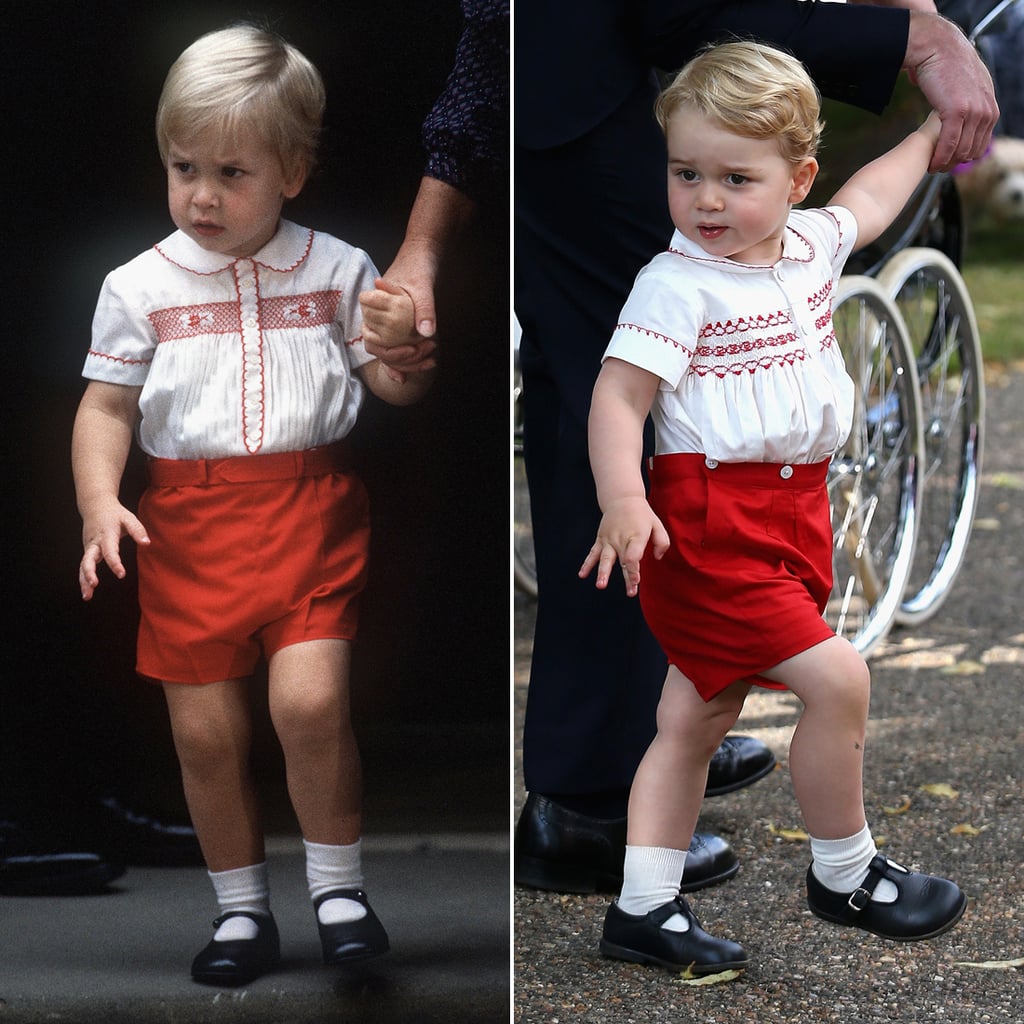 Let the sibling rivalry begin! It's no surprise that the adorable Prince George stole the spotlight at Princess Charlotte's christening with his range of silly facial expressions. But there was something else about the tot that really had our attention. He was sporting a darling outfit that was a near-perfect replica of the one Prince William wore when he was little.

His retro pair of red shorts and hand-embroidered white top were almost identical to the ones his dad donned 30 years ago while visiting the hospital to meet his newborn brother, Harry, in 1984.

Despite the outfit's family significance, it wasn't custom-made. In fact, it's a romper set by childrenswear designer Rachel Riley — a favorite of Kate Middleton — that is for sale now (that is, until it's inevitably sold out). For royal standards, it's an affordable $189, but if that's still a little pricey for parents of growing boys, we've shopped out some alternatives — in case you want your little one to look just as cute.

Bindi Irwin
Bindi Irwin and Chandler Powell Are Expecting Their First Child: "We Couldn't Wait to Share the News"
by Tori Crowther 3 days ago