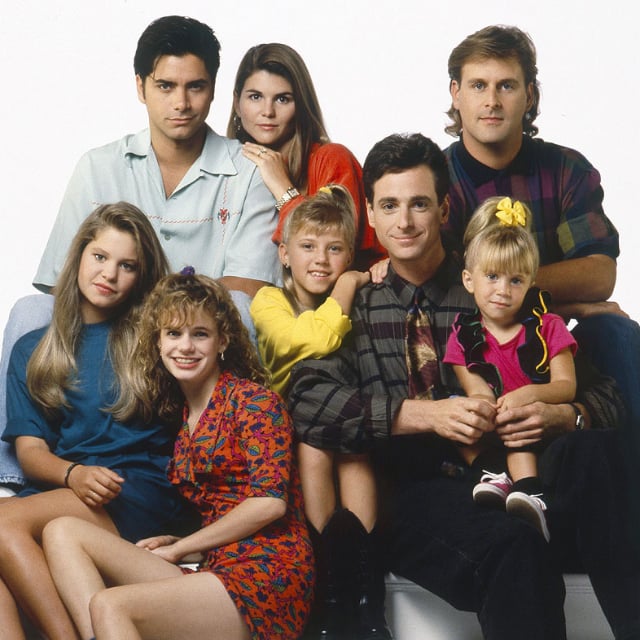 10 Things About Family That Full House Gets Right

Bedtime has become a struggle in our home. No, my kids aren't scared of the boogeyman, and they don't want to stay up to hang out with mom and dad. Rather, they've discovered Full House reruns on Nick at Nite. Having grown up watching the show religiously on Friday nights and now eagerly anticipating the debut of the new version of the show, I'm delighted — and surprised — to find my 9- and 6-year-old boys immersed in the world of the Tanner family.

My first thought was that the show was unbelievably dated — acid-washed jeans, the Beach Boys, Uncle Jesse's hair! — but after giving the show (and my kids' reactions to it) my undivided attention, I see why they're loving it. It's wholesome, the characters — for the most part — are nice to each other, each episode wraps up with a moral lesson, and of course, there are the hugs. While we've sat and watched other shows as a family — Good Luck Charlie, Austin & Ally, and The Haunted Hathaways to name a few — I often find them pushing more mature themes toward my young kids, making everyone in the room a bit uncomfortable.

It's become part of our evening routine now, enjoying an episode (and having to explain some of the '90s cultural references), and it's something that has us bonding in a new way. Read on to see why the show appears to be touching a new generation.