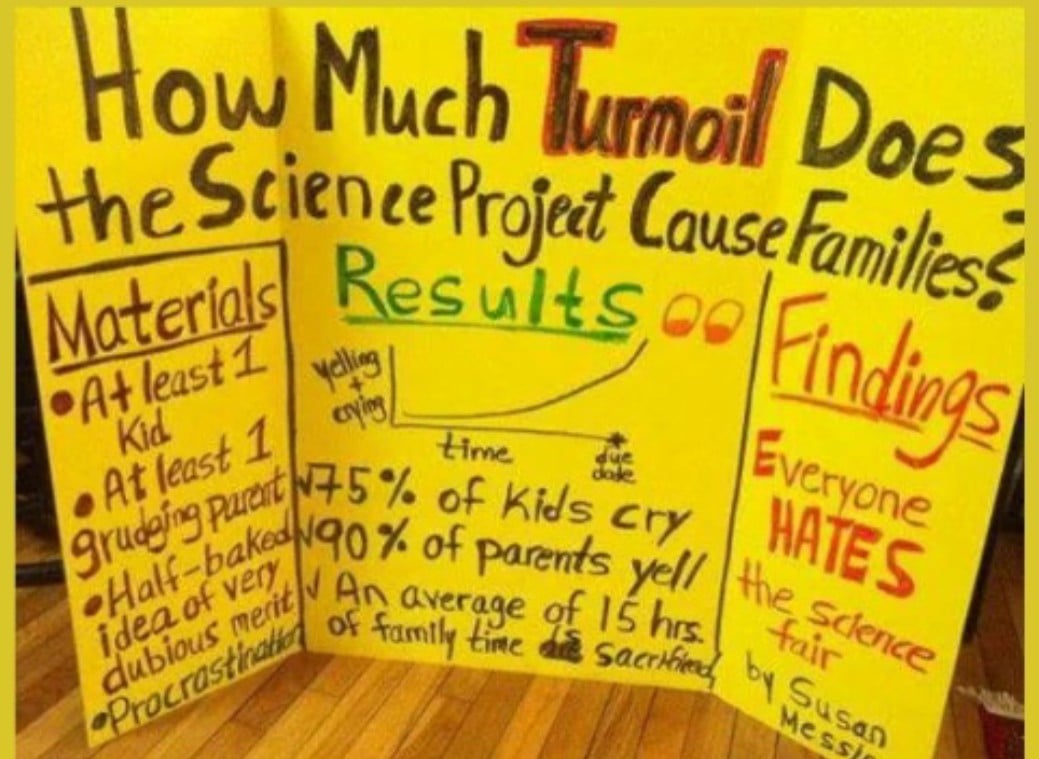 Any parent whose kid comes home asking that they make a trip to Office Depot to pick up a "trifold display board" knows it's going to be a sh*tty week. That's because the only reason, historically, that anyone has ever needed a trifold display board is for their school's annual Science Fair, which should otherwise be known as the week you are required to spend all your free time hassling your kids to do something or other with vinegar and maybe baking soda only to stay up until 4 a.m. the night before the deadline doing it for them.

Don't believe that to be true? To test that theory, an unknown scientist by the name of Susan spent what looks to be a good 45 minutes overseeing a controlled experiment to answer the question, "How Much Turmoil Does the Science Project Cause Families?" (Her results were published in the journal Facebook at some point in the last few years, but because this experiment is repeated every year at every school in America, we are confident they are still valid.)

Using only the essential materials, which included at least one half-baked idea of "very dubious merit," she discovered that yelling (and crying!) is directly correlated with time spent and increases as the due date approaches.

Her trifolded findings? Oh, they're conclusive: "Everyone hates the Science Fair."