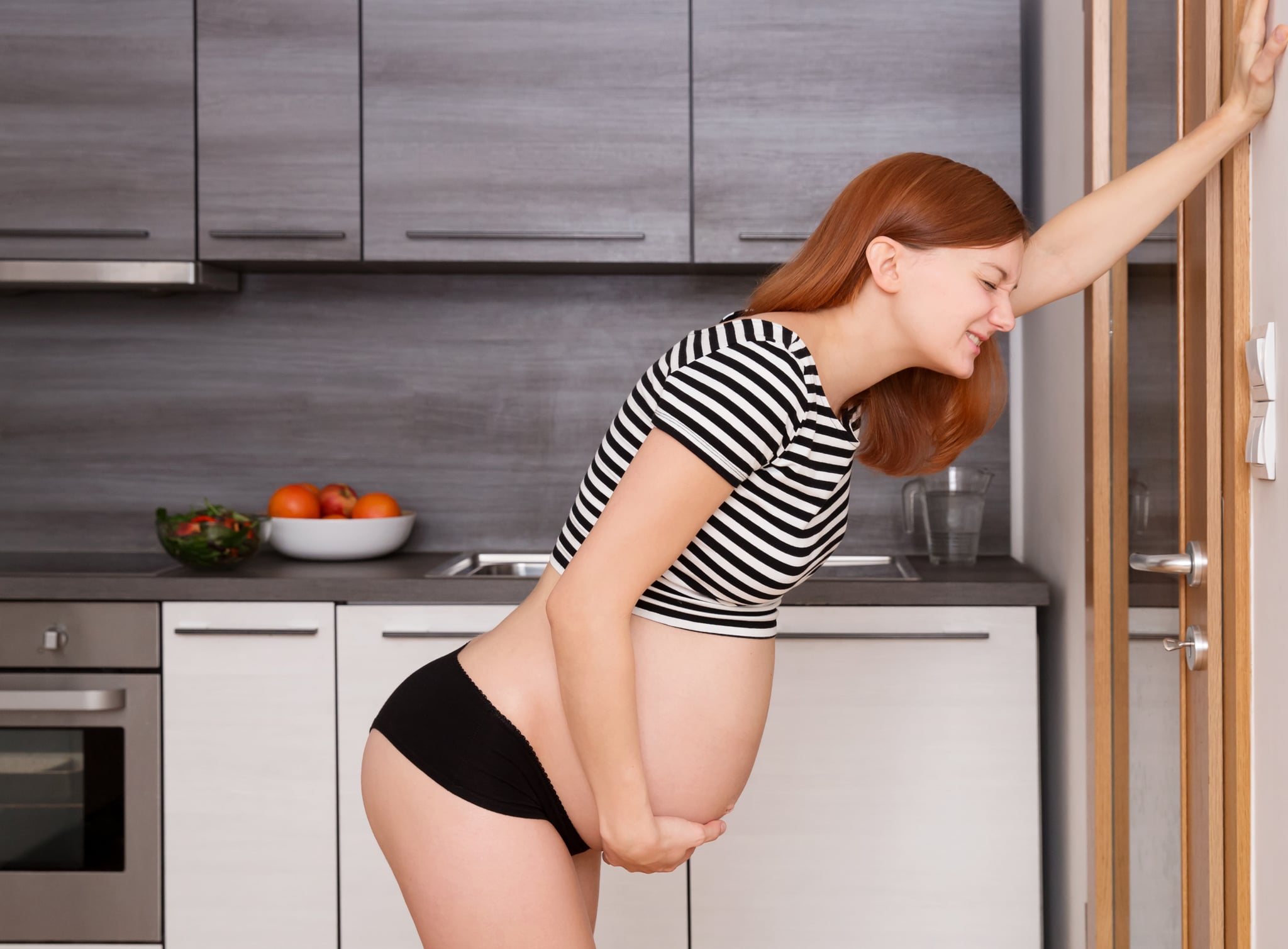 For the most part, I had an ideal pregnancy. It took me a while to even realize I was pregnant because I wasn't showing any of the classic symptoms you see in the movies — no racing to the nearest trash bin to throw up my breakfast, no weird cravings of ice cream and pickles. However, as the weeks zoomed by, I was feeling a little too lucky. Sure, I had a few bumps in the road, like swollen feet and a few periods of rapid weight gain, but entering my third trimester, I was still doing well and getting positive feedback at my weekly checkups.

Then, one morning, which happened to be the start of my 35th week of pregnancy, I woke up feeling as normal as one could feel under the circumstances. I awkwardly fumbled out of bed and stood up. But as I took a step, I fell back onto the mattress, doubling over in pain. It wasn't an alarming internal pain, thankfully. It didn't feel like anything truly bad had happened to me or my unborn baby. But it also wasn't something I'd been expecting. I was never warned about this pain . . . a dull yet stifling trigger that came on suddenly and didn't go away. Better put, it was the type of soreness that could only be acquired from some sick workout routine that involved me sitting, legs out, at the end of a bowling alley while someone kept rolling strikes.

I could barely walk. Each step caused the constant dull pain in my pelvis to shoot out in all directions. I tried to stretch. I tried sitting on an exercise ball. I tried heating pads. I tried cold compresses. I tried pushing up on my pelvis with my bare hands, as if to force my baby to quit trying to poke its head out. Nothing helped.

Then I turned to Google. I searched "severe pelvic pain at 35 weeks" and lo and behold, I was not alone. I found message boards of pregnant women, one after another, asking what the hell was going on with their body all of a sudden. Hundreds of them, united in unplanned pain, cried out for answers.

The good news: it's normal. But, annoyingly, as I came to find out from my doctor, that's really where the good news ends.

Although not all women go through it, and most women who do experience pain do so in very low levels, for some, it's excruciating . . . and debilitating (and, for me, worse than my eventual labor contractions).

Caused by a pesky hormone called relaxin, its purpose is to stretch your intrauterine ligaments, thus allowing the uterus and pelvis to expand in preparation for the baby's descent through the birth canal. In some cases, the relaxin does its job too well, and the ligaments around the pelvic bone get especially loose and even unstable.

As for how to lessen the pain, that's more bad news. For some, it will go away on its own, but don't count on it. When I asked my doctor what I could do to feel better, her response was: "Have the baby." Great.

And although some women begin to feel the awful effects of relaxin as soon as their 32nd week of pregnancy or as far along as 38 weeks, it does not mean labor is imminent. So, you might be saddled with teeth-clenching pain for the long haul.

My best advice is to, before you are in the thick of your third trimester, brace for impact. If you are among the unlucky few who get this pain, it will be severe, and you'll have to find other ways to pass the time besides taking leisurely walks in the park. And just know that my doctor was right: the pain typically does go away right after childbirth. There are just a few other things that take its place . . .