When Austen Everett was diagnosed with cancer in 2008, her mom never suspected that her passion for soccer could be the culprit.

The University of Miami athlete started perfecting her skills as a goalie in kindergarten and was grateful when her field was upgraded to artificial turf by the time she was in the seventh grade. But after she died of non-Hodgkin lymphoma in 2012, her mother, June Leahy, became increasingly suspicious of the turf where her daughter spent so much time.

"We certainly didn't think that it was harmful because we never questioned what was in it, what the make of it was," Leahy told NBC news. "It was just a new surface that had a bit of cushioning."

After Everett became ill, her childhood coach, Amy Griffin, now an assistant coach with the University of Washington, started keeping a list of goalies who played on crumb rubber turf and were later diagnosed with cancer. According to NBC News, her personal tally has grown to 63 names.

"I realized, 'Oh my God, the thing that she loved most probably killed her,'" Leahy said. "And that was hard." 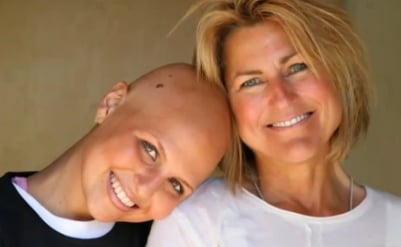 Crumb rubber is made from recycled tires and is used in soccer fields all over the country. The turf is especially popular in rainy climates because the shredded tires are a durable surface during soggy weather. While the pulverized tires can contain carcinogens, no research has linked shredded rubber to cancer.

According the Safe Fields Alliance, a coalition dedicated to educating stakeholders around the safety of synthetic turf fields using crumb rubber, nothing is more important than the safety and health of children. "That is why when making decisions related to children's safety and health we have to look at the facts and the science, which in this case are extremely clear: synthetic turf fields using crumb rubber are safe. Dozens of scientific studies, including peer-reviewed academic analyses and federal and state government reports, have all found no connection between these fields and cancer or other health issues."

While the turf industry insists that studies have shown no health risks from artificial turf, it isn't enough for Leahy. Many parents and activists want to see action from lawmakers — including federal regulators taking a position on its safety.