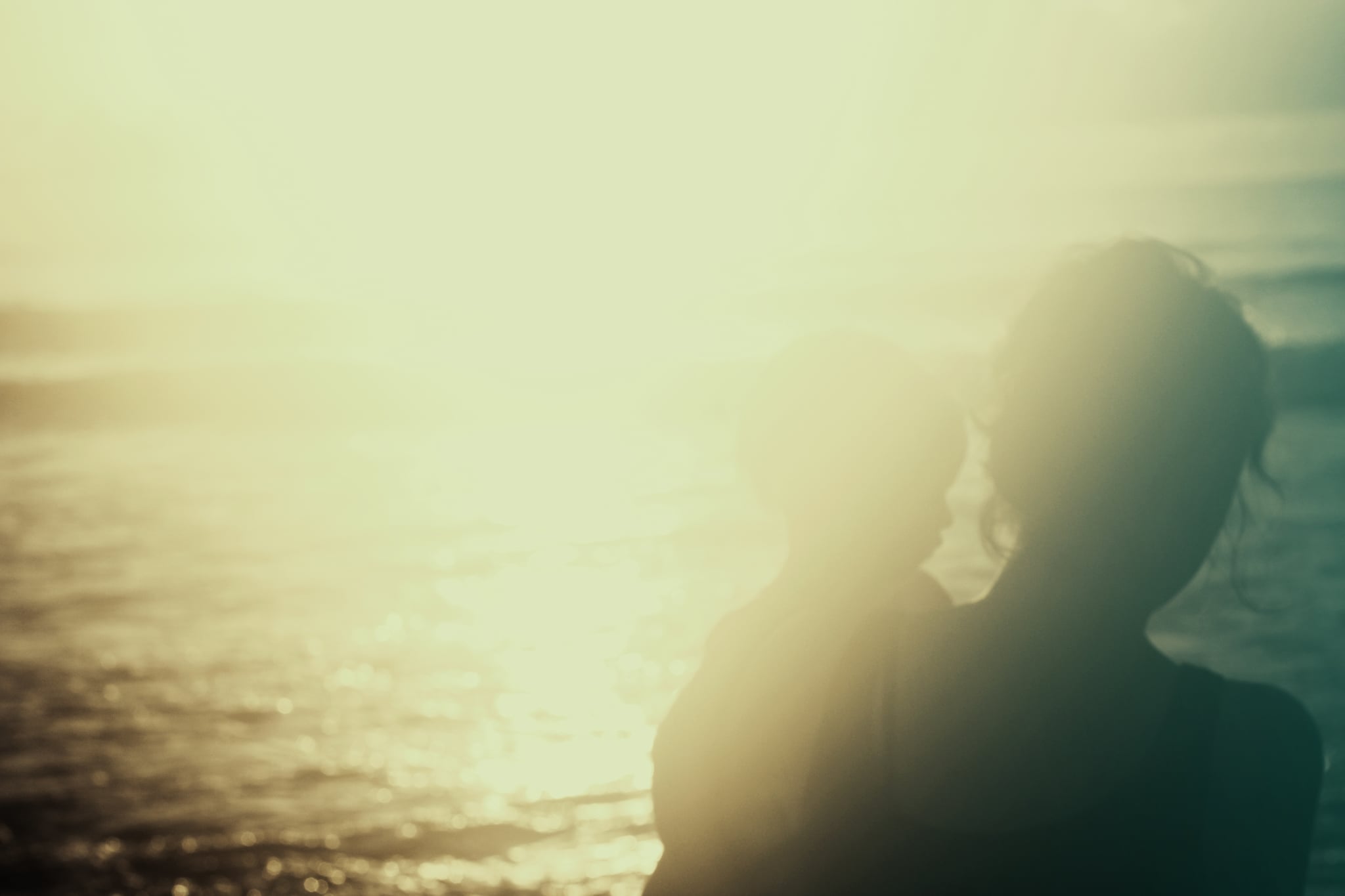 My husband and I were enjoying some chicken wings and a couple Blue Moons at a rural bar where a local's dog had the habit of sitting on a bar stool. We had just tied the knot on a beach two months earlier. He looked at me with a huge grin on his face and said, "Let's start a family." We clinked our beers and toasted to getting knocked up. Because it's that easy right? You decide you want a family and in a few months there is the pregnancy announcement and then a few months later the healthy, happy baby. Two becomes three is so easy for most.

Naively, I assumed that getting pregnant would be just like that. I would stop taking birth control and in a few months those two little lines would appear on the pregnancy test. But by month three of trying I felt like something wasn't right. I called my OBGYN and she suggested ovulation strips even though I had always been fairly certain when I was ovulating.

A few more months went by and still nothing. I called back again and asked if my husband could be tested and that test changed our entire outlook on starting our family. The results came back that he had extremely low sperm count and morphology and motility issues. We were told we had one in a million odds of getting pregnant naturally and that our only option was in vitro fertilization (IVF).

IVF was a tough thing for me to jump into. I'm the type of person that doesn't even like to take something for a headache. The thought of all of the medication and procedures honestly made me want to run. It took everything in me to put someone else before me. I had to put my husband first. This was his only chance at having a biological child. I had to do it for him.

Related:
Maybe It's Him and Not Your Biological Clock

Before we jumped into IVF I had read about another procedure called an intrauterine insemination (IUI). I asked my OBGYN if we could do that first and they did the procedure twice, but it failed. Later, I learned that I could have done a medicated IUI and our odds of getting pregnant would have been much higher. But I'm not a doctor. I didn't know that even existed. I just trusted my doctor to guide us to what was best for us.

After the failed IUIs we continued to try naturally for over a year before finally going to an IVF specialist. We filled out the paperwork, had blood work done, and a physical exam all in one appointment. We were told that we could start on their next cycle if we were ready. Eighty other couples would be part of it. We signed page after page of disclosures and waivers and wrote a check for $20,000. I would grin and bear it. I would do what I was told I needed to do, because in the end it would all be worth it. Right?

The nurse called me while I was driving a couple days after our egg retrieval. I recognized the number and pulled over to answer the call. This was a call I had been waiting for. She told me that out of my 23 eggs only six were successfully fertilized. She told me that they weren't developing properly. She said that we would have to freeze them and do a transfer later. I was dumbfounded that so few eggs fertilized even with the extra money that we had paid for an intra-cytoplasmic sperm injection (ICSI).

Related:
In 1 Powerful Post, Mom Sums Up Why She's "Thankful" For Infertility

But then I became even more confused. "But why would we freeze them? Shouldn't they be transferred?" No, she said. The transfer will have to be done on another cycle. I remember thinking out loud and saying, "That doesn't make any sense." There had to be some reason why they didn't want to transfer the embryos at that time. Only later would I learn that it was due to scheduling. Turns out having 80 couples on a cycle and trying to schedule transfers is a challenge for a small clinic. I also learned that the freezing of our embryos decreased our chances of pregnancy from 80 percent to 30 percent.

That day was so difficult. But the next cycle was even more heartbreaking because the transfer didn't work. And the third cycle was a positive chemical pregnancy that failed after a week, but not until after we shared the short-lived happy news with our parents and close friends. Then the next cycle with our last remaining embryos didn't work at all.

What doctors and nurses and even patients won't tell you about IVF is the emotional toll it takes. It's not just hard on your body — the bloat, weight gain, and physical changes are nothing compared to what happens spiritually. One of the medications actually made me suicidal during a cycle. My husband and I had a very minor argument while on a weekend ski trip and I went into the bathroom to take a moment to decompress. I remember looking up at the bathroom light bulbs and thought to myself, "I could break that and slit my wrists." My next thought was. "Wow, where did that come from?" Luckily, I recognized it as being completely out of character for me so I searched the side effects of the medication I was taking and sure enough there it was: suicidal thoughts.

How to Talk to a Friend Going Through IVF

Infertility changed me. The years of struggling to conceive almost destroyed my marriage, but I learned a lot. One of the greatest lessons of our infertility journey was that you have to be your own advocate. I learned to educate myself and research everything as much as I possibly could. Know all of your options. If I had known then what I know now I would have skipped IVF altogether and just moved forward with adoption. That option felt right from the moment we decided to take that step.

We put IVF behind us. We let go of the hopes for a biological child and embraced a happy, healthy baby boy. The moment I carried him out of the delivery room to meet his father for the first time was one of the most amazing moments of my life.

When our son was 17 months old — five years almost to the exact date we toasted to starting a family — I found out I was pregnant, naturally. No matter the hopes and wishes we have, I truly believe the journey shapes us for the better. Western medicine failed us — and I'm pretty sure that's exactly what was meant to happen.