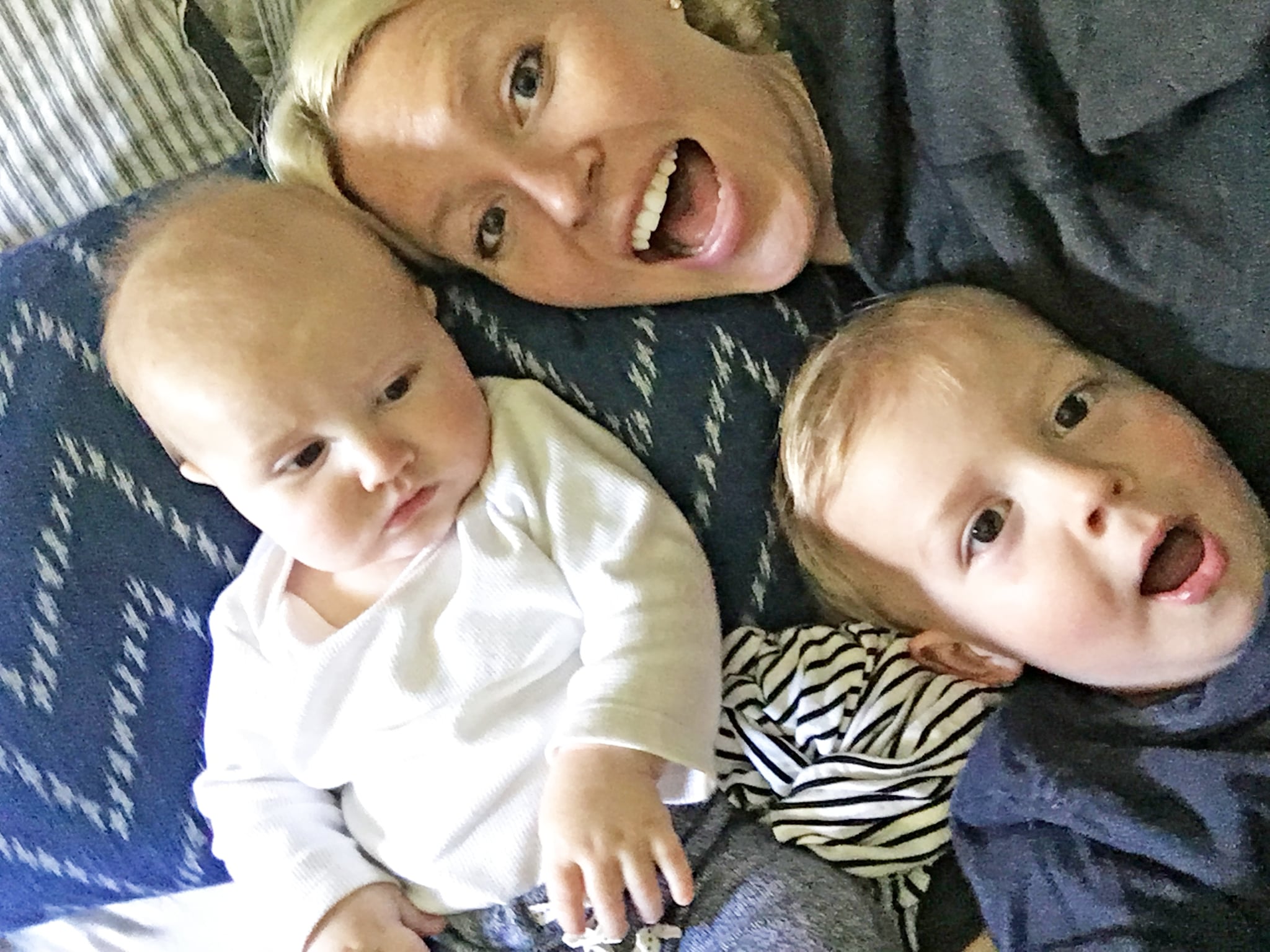 I spent approximately one-quarter of my Mother's Day celebration last year attempting to get the perfect photo with my kids. (OK, maybe not that long, but entirely too much time.) It was my first Mother's Day as a mom of two and I was determined to have a beautiful picture of the three of us to remember it by (or you know, to post on Instagram). After numerous attempts and multiple staged setups, I had nothing to show for it (see above).

Not one photo where all of our faces exuded the joy and happiness that I felt or where we were even all looking in the same direction. And I was so frustrated! You know what it's like when you just want one good picture of your kids, just one photo that is suitable for a frame or a social media update?! I totally failed.

Related:
The Mother's Day Present I Look Forward to Every Year Is Simple but Meaningful

I didn't post a picture that Mother's Day, but recently I was lying in bed scrolling through iPhone photos (next to my husband, who was also on his phone, naturally), and I came upon the Failed Photo Shoot of Mother's Day 2016. And instead of seeing all the flaws that I thought made them unpost-worthy at the time, I was completely nostalgic.

They were so cute! Not to mention, I was in them, which is a rarity in itself. Sure, the lighting is a little dark and my youngest is looking in the wrong direction, but how could I have not loved them? They were the ultimate snapshot of us as we were, in that moment, during that season of motherhood and toddlerhood and babyhood . . . it just took me a while to realize it.

Think about it. Aren't the pictures you cherish most from your childhood the ones that aren't perfect? The ones where your tongue is sticking out and your sister's arm is wrapped around that ragged Cabbage Patch doll she slept with every night? The ones where your mom is cracking up and your brother is holding bunny ears behind your head?

Related:
What I Learned When My Holiday Family Photos Went Horribly, Hysterically Wrong

I'd take those over the ones where everyone was forced to stand in a straight line, plaster on fake smiles, and pose in their Easter best any day. Because the ones that show the personality and the imperfection are the ones that offer the most accurate (and endearing) glimpse of life as it really was.

Those are the pictures I want my kids to see when they scroll through their digital photo albums in 20 years.

So enough with not settling until I get the "perfect" family photo (except when it's for the annual Christmas card; I haven't completely lost my mind). I'm done wasting precious time on the quest for a "better" snap.

Forget trying to get my kids to look in the same direction and smile at the same time while also not picking their noses. If they've got a death grip on a snack trap filled with Cheerios and won't let go of the action figure from their last birthday, so be it. If they insist on making a ridiculous face and wearing swim goggles, whatever.

I'm taking the picture and capturing the moment as it is, and I'm going to love it . . . even if it takes a few years.