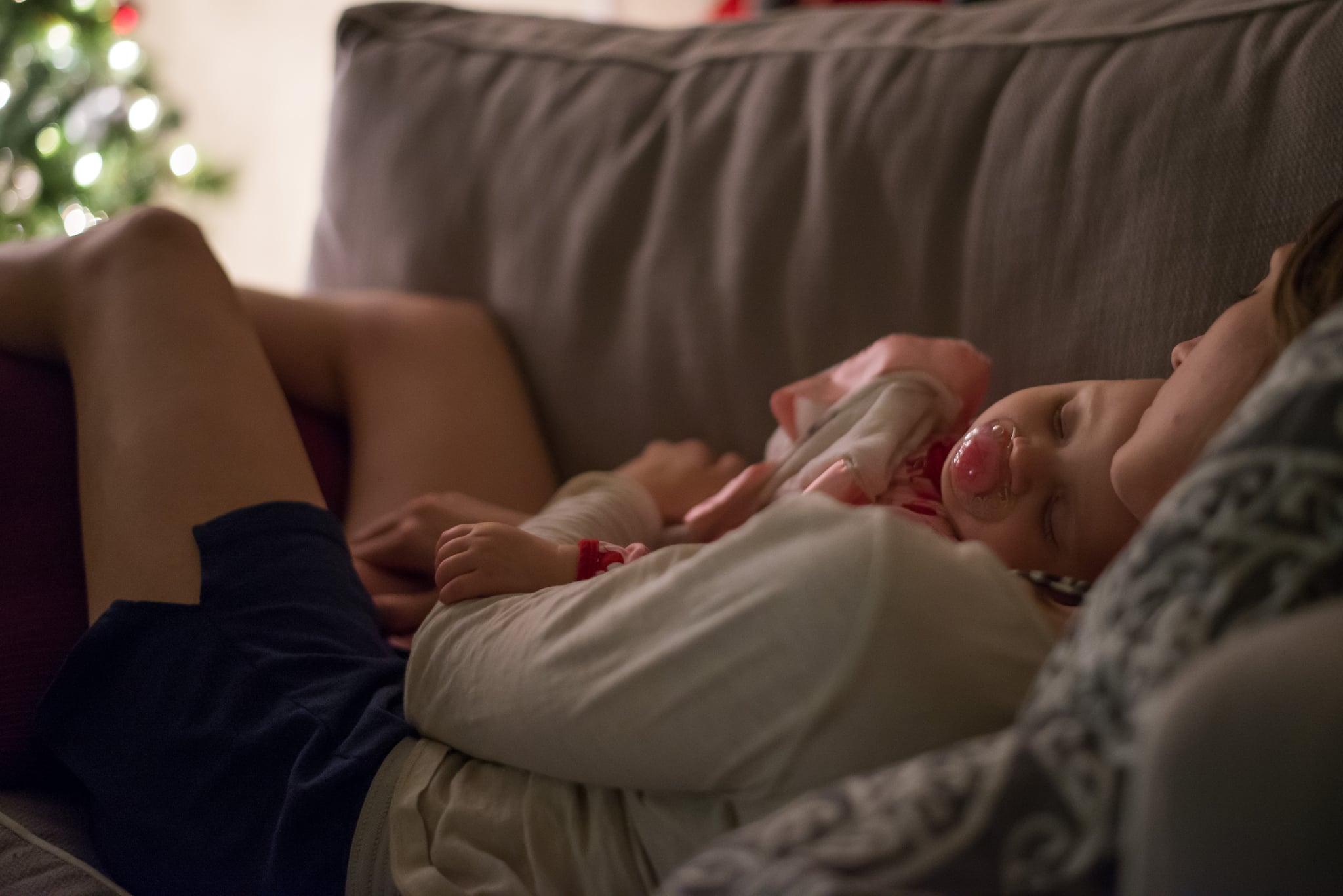 This just in: my baby slept through the night for the first time. But unlike most moms who share such news with a level of glee otherwise only reserved for the clinically insane, I'm not jumping up and down in celebration.

That's because last night I did the stupidest thing you can do when your baby is sleeping. I waited for her to wake up.

Up until yesterday, my 4-month-old daughter had still not accomplished the elusive sleeping-through-the-night milestone. Quite the contrary. She'd stir any number of times, which often led to a five-alarm wail that demanded I fumble into the dark nursery, still drunk on a partial REM cycle, and blindly feel around her crib for her fallen pacifier . . . at which point I'd then feel around her face for her pouting mouth. Five times out of seven (literally), this would coax her back to dreamland. The other times, she'd continue to cry, voracious, until I was able to lull her back to sleep with a hefty top-off of breast milk.

Some nights were better than others, but I assumed we'd ease into it eventually, with each night one quarter-hour closer to that elusive goal line.

So, last night wasn't supposed to be the victory lap.

It began when I'd finally gotten her down around 10 p.m. — this happened after she mocked my attempts at an 8:30 p.m. bedtime routine with her typical medley of giggles, spurts, and grunts.

At this point, I could have followed the adage to "sleep when the baby sleeps," but I'd long since called bullsh*t on that philosophy and often used that time to do laundry, cook meals, pay electric bills — all the things necessary to keep a family household functioning and Child Protective Services from knocking on my door asking why I haven't gotten around to spot-treating that "Daddy's Girl" onesie that's still suffering from the aftereffects of a massive poopsplosion.

Instead, not yet tired, I hopped on the computer. I had a few deadlines for work I wanted to finish. After wrapping them up, I looked at the clock — 11:15 p.m. She was bound to wake up at midnight, so instead of joining my husband in bed, I took the dog for her last walk.

I got back a few minutes later, the door slamming closed louder than I'd expected. That certainly woke her up, I thought. It didn't. Well, it most certainly took her out of that sweet coma-like sleep, and she'll be up any minute. I sat on the couch, scrolling through my Facebook feed, waiting. And waiting. It was now 12:30 a.m. Still nothing. You've won this round, baby. I was impressed but not optimistic.

I went in the bathroom and fiddled around. I found a nice face mask I'd been meaning to try but thought better of it. The minute I coat my face in that clay, she'll start crying. Another 30 minutes went by. Definitely spent by now, I toyed with the idea of closing my tired eyes but resisted. Although I'm no expert in sleep training (clearly), I had become well-versed in my own struggle, and after enough nights like this, I'd learned that sleeping for an intermittent hour or two was almost as painful as not sleeping at all. Sometimes, worse. Turns out, this personal discovery has some scientific backing — researchers published a study last year that revealed a night of interrupted sleep could be as physically detrimental as a total lack of zzzs.

So instead I watched an episode of Unbreakable Kimmy Schmidt on Netflix. By this point, even my boobs began to get impatient. They'd normally have been put to work by now, so for fear they'd go on some sort of mastitis-induced strike, I pumped. The whir of the machine caused me to hear phantom cries, and I found myself turning it off every few minutes, waiting for the sting of my daughter's inevitable call.

That's when I started to get nervous. This is not normal. She's not breathing. Dear God, maybe she hasn't been breathing this whole time. What if she's not been breathing this whole time and I'm just sitting here twiddling my thumbs, binge-watching a show everyone's already stopped talking about weeks ago? I dashed to the nursery room, opened the door with ninja-like silence and precision, and crept in ever-so-slowly . . . because even I knew I was very likely going to find a fully living infant. And, unlike that "sleep when the baby sleeps" nonsense, I've proselytized the sage wisdom in "never wake a sleeping baby."

After staring intently at her barely moving stomach for a solid 90 seconds, I deduced she was, in fact, inhaling and exhaling. I backed carefully out of the room and looked at the clock. It was now 3:07 a.m.

I finally got in bed, but the following two hours spurred an internal mind game in which I debated the merits of A) cutting my losses and going to sleep before I have to get up for work the next morning, or B) holding out just a little longer because she's definitely going to be up any minute. Aaaany minute now. . . .

Finally, at some point after 5 a.m., I stopped sending sleep-deprived email replies from my phone and drifted off. And then, not 20 minutes later and like a ton of hysterical bricks, my daughter's awakening from her marathon slumber served as my morning alarm clock.

My baby girl had done it. She slept through the night. Only I didn't. The most accomplished night of her existence also marked the stupidest thing I'd done as a new parent, and I once considered pulling a particularly large booger out of her fidgety nose with a pair of tweezers.