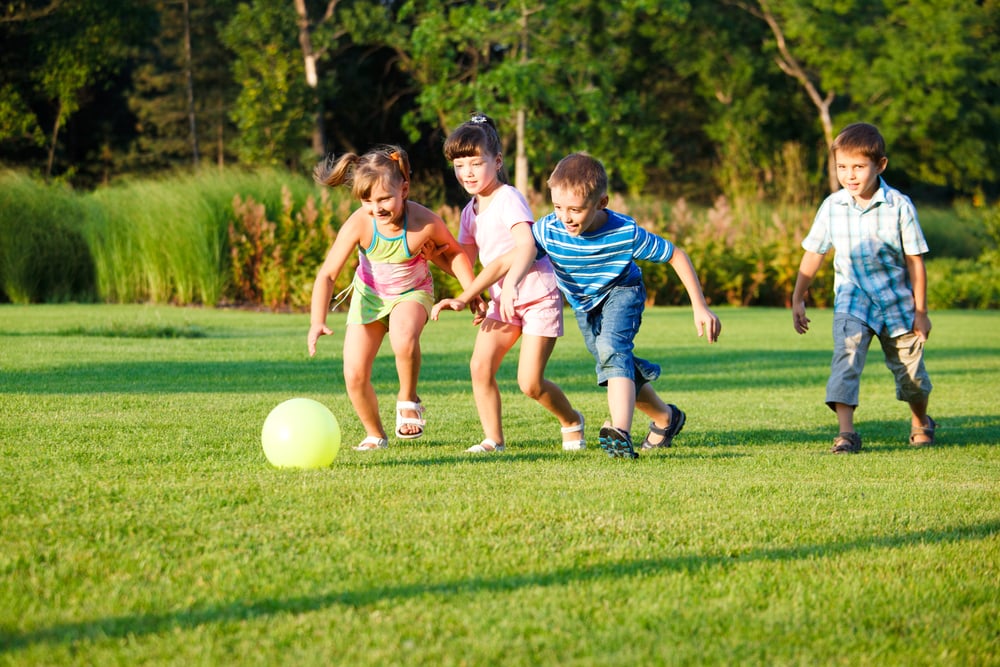 Henry did not want to go back to camp this year, and that worked out with our plans this year, giving the kids the chance to sit out the summer schedule free, outside, playing, untethered to backpacks and lunchboxes and logo-heavy tee shirts. Until August came around and I realized I still had deadlines to meet, and my kids are happier watching television than they are anywhere near a tree or sprinkler. I decided a couple of weeks of local camp might do us all some good.

My husband and I argued with particular intensity, however, when we discussed Henry going back to camp. He is easily overwhelmed, oversensitive, and disproportionately upset in everyday situations. In addition to being a 6-year-old boy, Henry is also high-functioning special needs. His needs are attended to in his school; his teachers know what to expect from him, and more important, he knows what to expect from them. Camp has never been as smooth a transition for him. My husband felt it would be too much. I felt, despite our original decision, it would be worth a try this year.

I convinced Henry to come look at some camps with the girls and me (he really had no choice as I have no babysitter for him anyway). By the third camp that day, Henry was giving himself his own tour — off down hallways; up stairwells; entering a room, without a care, where the floor was being waxed; sitting down in administrative offices with the staff. "Can we just go home already," he finally asked, making himself comfortable in the main office with the nurse. I got the feeling the camp director wanted to ask me, "Is there something I should know about him?"

After long discussions with the kids — asking them over and over and over "So what do you think, do you want to go to that camp for a few days?" — we picked a day camp that all three of them seemed to like on site. I signed Henry up for just one day.

I dropped them off that first morning nervously, although they all seemed as though they would adjust quickly. I knew they would enjoy themselves. We had gone over all the fun things they could do. I packed Henry's lunch for him because he will not eat most foods — and will certainly not get his own food — and assured him, repeatedly, it was in his backpack. I walked them over to their counselor and their group of similarly aged campers, and I turned away, confident we would all have a decent day.

By decent, I mean that in my head, I imagined Henry's issues, the ones that when they rear their head and distinguish him from any other typical little boy, wouldn't show up during camp. I was aware that my phone could ring, the way it did during camp last Summer and the way it has during playdates occasionally, and could I come get him.

The phone was silent. I watched, when I went to pick the kids up, a camp-wide game that they played. I didn't try to figure out what the rules were, what was happening; I didn't really care. They seemed to be having fun. Henry saw me and ran back to his sisters. I could see him enthusiastically raising his hand and waiving papers. See husband? This is going to be fine!

And then I heard the screaming. Someone had won the prize. And it was a good one. Something Henry had wanted very much. And that someone was not Henry.

He is not good with games. Well, it's the rules he's not good with really. It's part of who he is for now. Rules confuse him. Losing really confuses him. He meets in a little group during the school year to work on this. Speaking of confusion, I felt terrible for the poor counselor trying to appreciate what happened.

"He doesn't always understand," I said, trying to console an inconsolable Henry, listening to how unfair it is. It's always unfair. I thought it would be endless. The girls were starting to panic. I didn't know how I would get him home. And then someone brought over an ice pop.

What did that mean? He didn't like that some boys he didn't know were throwing balls at him and splashing him at the pool.

"Do you want to try another day? Maybe it will be better." Here is where my husband and I just can't agree: I can't give up. I don't know if I should. Maybe it's too hard. But maybe tomorrow will be better.

"I don't know." More grilled cheese. A long sip of lemonade. "Yeah, I'll try another day. One more. But I'm not playing that game."

And I try another day as well.