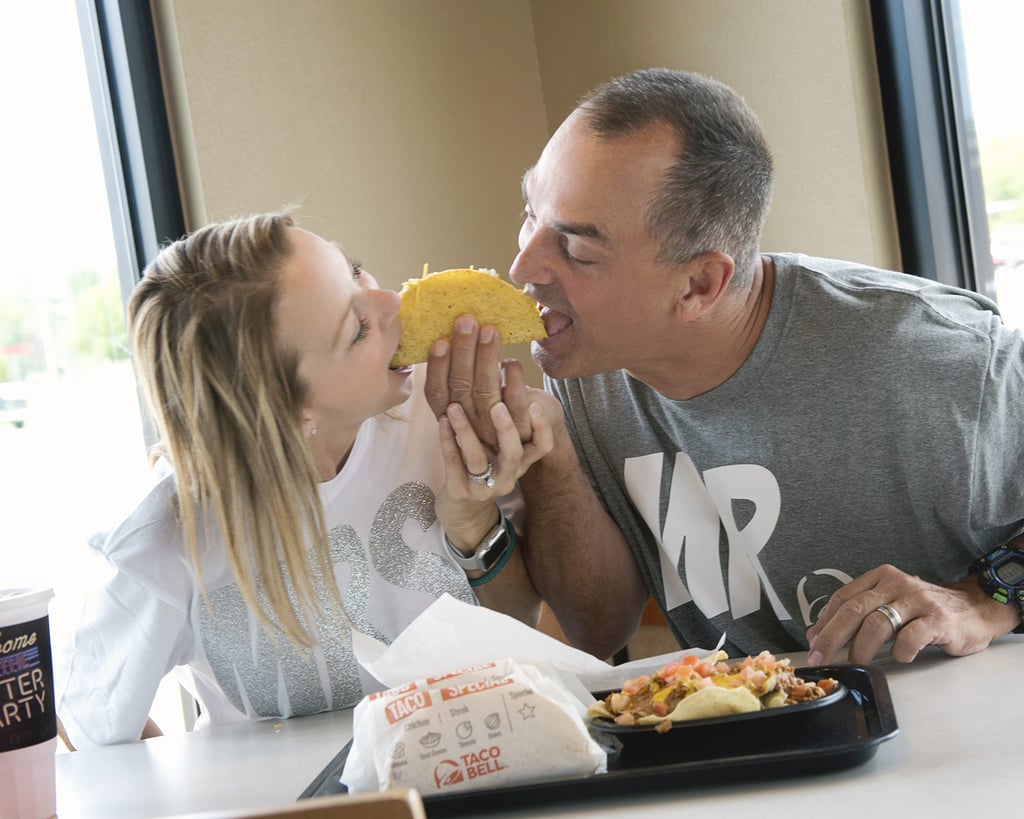 In her youth, Karen Bell would cruise over to her local Taco Bell to meet and flirt with "cute guys." Little did she know that she would end up marrying one of those cute guys, Donnie Bell. Just recently, Karen and Donnie celebrated 30 years of marriage with a hysterical and sweet photo shoot in the same exact spot where it all began.

"Every time we would pass that Taco Bell we would always say, 'Aww, that's our Taco Bell.' Our two sons always laughed at us," Karen wrote in an essay on Love What Matters. After the original restaurant was torn down and then rebuilt, Karen and Donnie came up with the idea for the anniversary photo shoot.

The couple has a lot to be thankful for, too. Several years ago, Karen was diagnosed with ovarian cancer. "When you hear the word cancer, all you think about is your family and everything you never did," Karen said. "Once the initial shock wears off, then you put on your big-girl pants and decide to fight like hell." Fight like hell she did, and after a year of surgery and chemotherapy, Karen became "one of the lucky ones" and is now cancer-free.

When the big anniversary arrived, Karen and Donnie went to Taco Bell wearing matching t-shirts and had their friend and photographer Stacey Brandon capture the outing. Karen said, "We told the girl who took our order why we were there, and she said, 'Oh, how cute!'" She added, "Donnie was embarrassed because other customers were watching. I just laughed at him." As Karen pointed out, the shoot location was especially fitting considering their last name is Bell!

Ahead, see pictures from Karen's battle with cancer and the couple's recent adorable anniversary shoot.

Healthy Living
What Is Cardiac Angiosarcoma, the Cancer That Killed Fashion Designer Virgil Abloh?
by Jenny Sugar 5 days ago