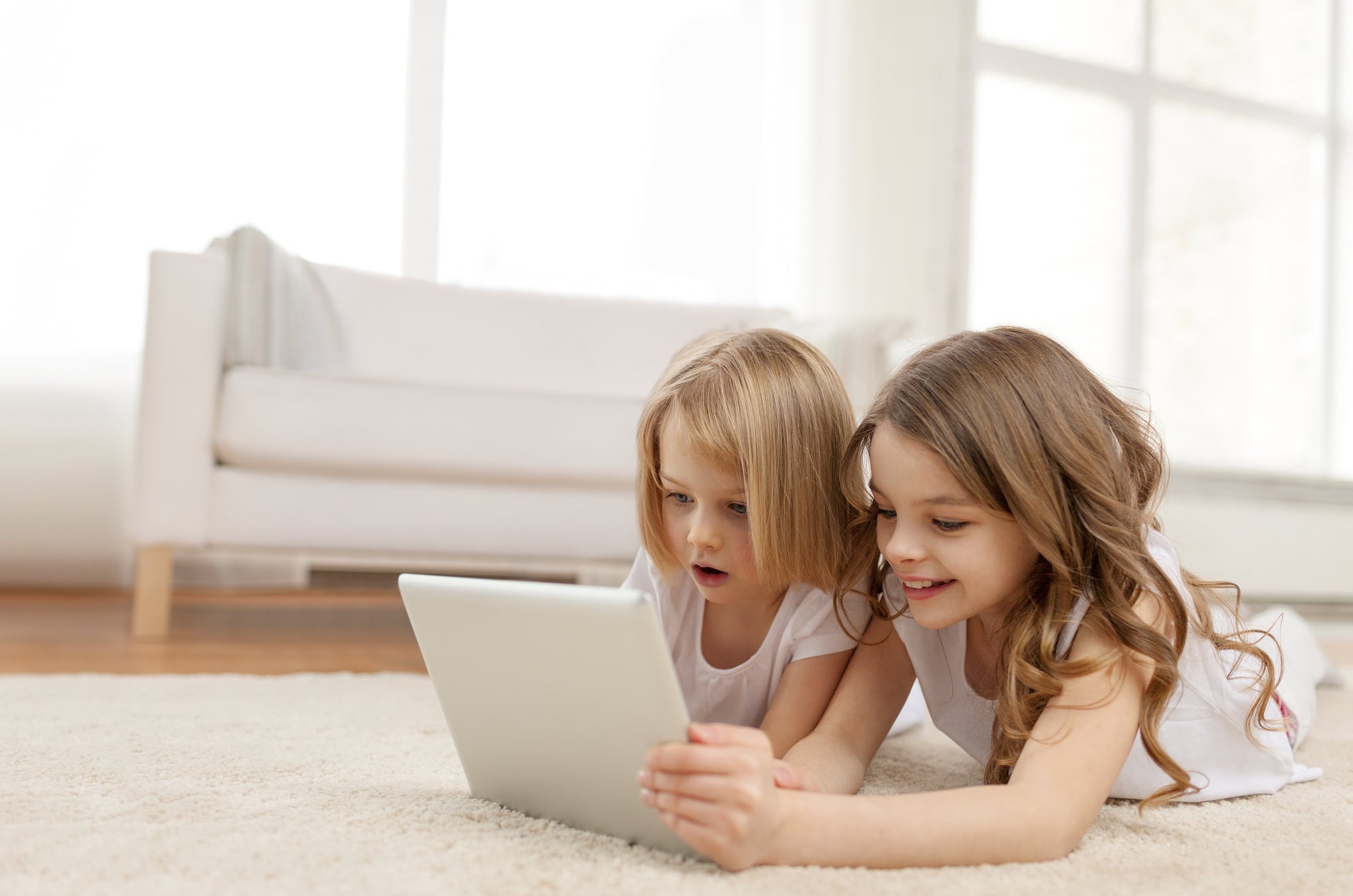 I'm not writing this to start a parenting war. I'm not writing this because I think I know better or I think parents who use tablets and technology with their children are bad parents. I don't think that at all. I'm writing this because it's important to me to hash out why I think holding off on constant technology use is so important. Every child is different, and each parent has his or her own unique challenges and methods of dealing with his or her kids. Sometimes, a tablet is a necessary evil and useful learning and play tool. To me, technology is not an all-or-nothing conversation but rather something that needs to be monitored and tweaked, especially at such a young age.

The sooner kids are exposed to something, the sooner they will want more of it and at more expensive costs. So if you start young with a small tablet, expect the technology "needs" to become greater and more costly. For me, that's just asking for trouble and kids don't need to have the fanciest tech items. They will live without the biggest and brightest. I did. Many of you did. Guess what? We survived the "beeper" years, and, heck, some of us, "the rotary phone" years. Remember having your own teen hotline?

I Already Waste My Life Behind a Screen

For some parents this isn't an issue, but for me as a person who writes and does digital marketing all day, I would love to step away from the screen. Even at home, I am found behind one although not as much ever since I decided I needed to balance my life better.

Kids have their entire lives to "friend, like, click, share, and copy/paste." It was nice to not be attached to a gadget growing up. As much as tablet time is an awesome break for us as parents and a cool way to play games whether educational or not, kids have their entire lives to be slaves to technology like we as adults often are. Why not delay it a little longer? At 4 1/2 years old, I would like my daughter to spend time learning how to socialize and experience her environment. As much as people will poo-poo me for saying this or call me a "judger," playing educational games on a tablet as a young child is not even close to being equal to just painting, running, building with Legos, or baking with a parent.

Let kids be unencumbered now. We all know as our kids get further through their elementary years this will be impossible to do. Kids will want phones and gadgets and at some point, we all say yes — to varying degrees and at varying times of life — so enjoy while they are little and you're able to hold off on such battles.

It's Annoying When Kids Can't Talk to Adults

Nothing creeps me out more than grown tweens and teens who don't know how to have a simple and brief conversation with adults. I know this makes me sound old. I know this makes me sound crotchety. But for the love of chocolate, kids need to learn how to converse with other human beings because they will be doing it during their whole grown life. Even other peers my age are bad at this: they hop onto the phone whether it's to text or Facebook the whole time you're in their company. They say strong and intensely personal things over text but can't say a word aloud in person. Not everyone will be charming, witty, and social, but delaying or monitoring technology use should give you the time as a parent to help model social conversations and proper behaviors. This means, parents: you have to get off your phone and computer too!

As kids get used to technology and tablets earlier and earlier, they get used to fast input and an instant gratification of some sorts. It's not the same as going into your playroom and figuring out a pretend battle scene or designing a castle with Legos. It's not to say that games and technology can't be interesting and mind-challenging, but let's face it: a lot of people play mindless games on their tech toys and the Internet (Candy Crush anyone? Please folks, stop requesting me to play with you.) that don't require an IQ higher than 20. It's fine to relax and have some mindless entertainment, but try to budget how often your kids are enjoying those things.

I found it hard to go to sleep after checking my phone and email. How would kids fare after playing with a tablet or smartphone? Pretty much the same. When kids do use a tablet, monitor how long and when they're using their tech toys. Too much stimulation from a tech gadget or the television can make going to sleep difficult for your child.

My daughter uses the tablet on very long car rides or if I have to bring her to my office or to a doctor's office where the wait will be long. This means she rarely uses it. I know that many parents feel otherwise and that's fine. I know that the day will come in which my child will be securely attached to a smartphone but for now, I would like to delay that time as long as I can so she has time to experience her environment and not a chargeable object. 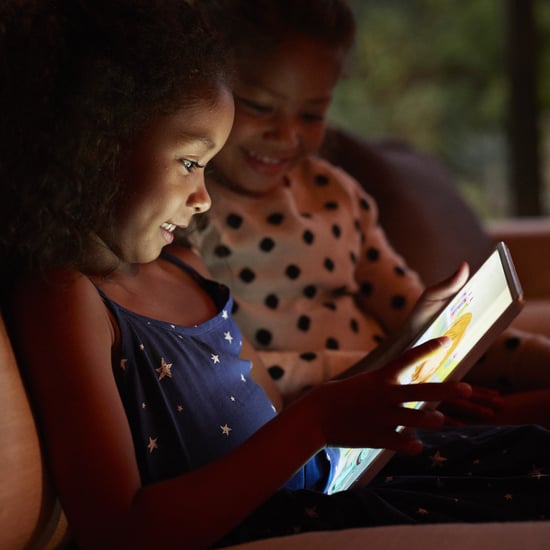 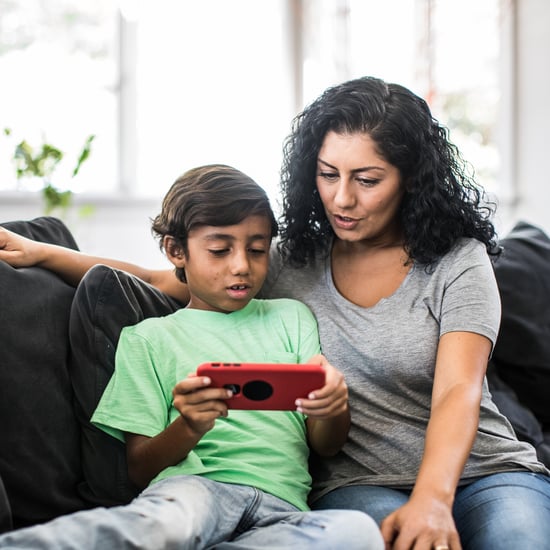 Kid Activities
These YouTube Channels Will Keep Kids So Entertained, They Won't Realize They're Learning
by Kalynn Bayron 3/24 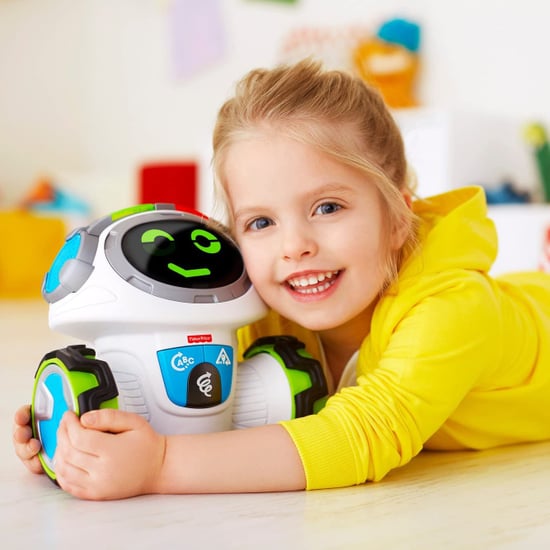 Gifts For Kids
Your Kids Will Love These 10 Cool Tech Gifts — Some Are Even Educational!
by Anvita Reddy 7/19/21