We're happy to present this article by Danielle Campoamor from one of our favorite sites, YourTango. 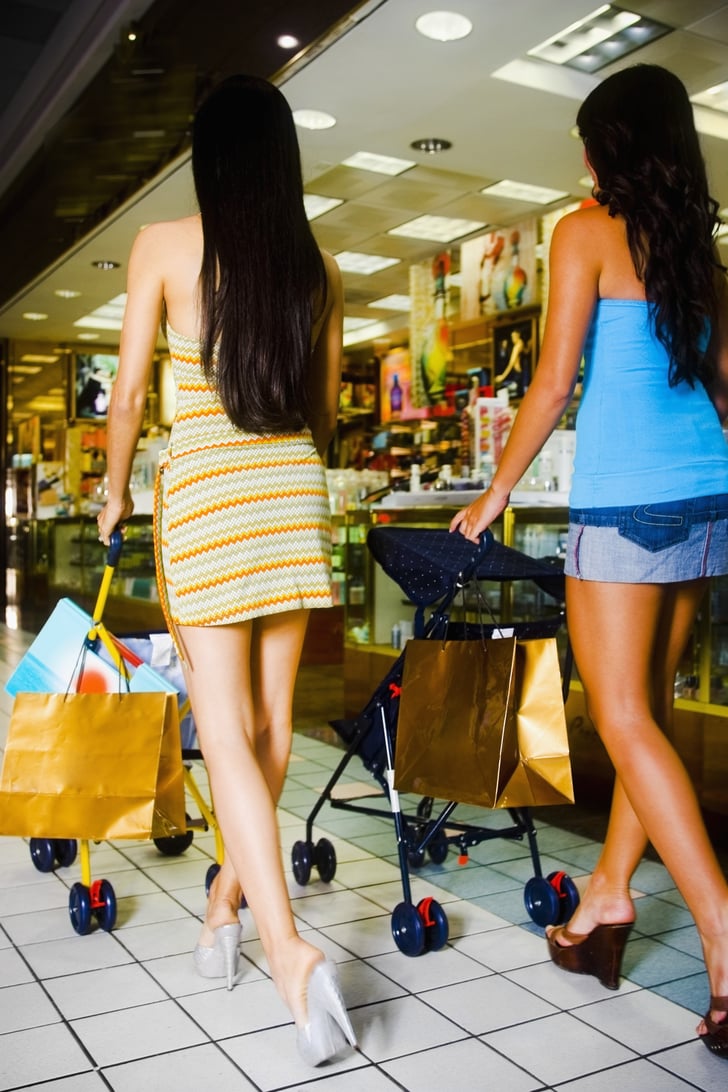 I was walking my son to the park a few blocks from our humble apartment; him, asleep in his stroller and me, attempting to stay cool on a particularly hot and humid day.

Wearing a newly purchased sundress and drinking water with a tenacity I'd imagine a camel would appreciate, I enjoyed my somewhat-solo stroll past modest homes and convenience stores and beautifully green patches of grass.

Next to the playground with play areas and swing sets and slides is a skate park. Mostly young men, attempting tricks that make my mom-marrow curdle, spend their time talking and sometimes smoking and skating with a terrifying, reckless abandon. In order to reach the vacant swings that put a particularly adorable smile on my son's face, I have to walk past the skaters and the area they've clearly, and rightfully, claimed their own.

While on said walk, I heard three young men — probably in their late teens, early 20s — comment on my appearance.

As a woman, the fact that complete strangers took it upon themselves to criticize me physically was hardly a shock or surprise. It was, however, the caveat they insisted on attaching to my presence, that garnished my attention.

The overall societal sexualization of women, to me, is fascinating.

Culture demands that women present themselves in a certain way, always displaying a saturated allure of sex and desire and wanting, while never actually having sex or a particular desire or a consuming want. A woman must put forth a conscious effort to appear attractive but loses her allure if she admits that she has put forth said effort to actually appear attractive. She must enjoy sex, but only with you and only when you decide it is appropriate for her to do so.

And while the aforementioned had occurred to me much, much earlier than that hot and humid afternoon; the depth at which our culture abhors women, their bodies, and the choices they make with said bodies, suddenly became overwhelmingly apparent. A group of young men, arguably future husbands and possible fathers, had a preconceived notion of a woman's worth that relied solely on the choices she made with her physical being.

Because I decided to have a child, I somehow lost a certain sexual allure.

I was no longer mysterious or available. My body had undergone some well-known, well-documented and probably still-visible change, perpetuating the misogynistic concept that sex — or the consequences associate with sex — had ruined me. I am tainted, used, less than; a shadow of what I could have been if I had decided to live without the constricting responsibility of motherhood.

On the opposite side of that very same coin, is the belief that a woman is broken or ruined if she cannot and/or does not want to have children. Her body doesn't do what it is made to do, so she has lost her purpose. If she doesn't want to use her body to house another life, she's quickly labeled as selfish. Sweeping notions and generalizations are painted over her personality, all because she isn't using her body to follow a predetermined societal standard.

What is she, if not an incubator for the coming generation?

We treat women as if the decisions they make are either in direct conflict or thoughtless adherence to a mindless, physical entity society is constantly shaping and judging and exploiting. A vast majority of men can't seem to handle or appreciate said entity, so it's automatically assumed that the very people who inhabit it — women — are incapable as well.

Whether I am attractive or not is relative. To some, I am beautiful. To others, utterly forgettable. I have no problem with a wide range of reactions expressed by a wide range of individuals, all unique in their preferences. One's standard of beauty may differ from my own, or any else's, and that is what diversity and preference and beauty is all about. I have no problem with any person looking at me and deciding I am less than appealing.

But to look at the choices a woman makes with her body — or the conscious actions she makes with her body as a result of her ambitions or goals or beautifully unique personality — and assign a tangible value to her worth and sexuality, is as appalling as it is concerning.

To automatically determine a woman's worth based on the decisions she makes with her body, is to deny her basic humanity.

It's telling an entire population that they are nothing but skin and bones and veins. They are organs and bodily functions; a glorified flesh-robot that is empty and programmed with certain necessities that assist in her achieving mass, simplistic identification.

It's assigning value to a vessel, while consciously ignoring the being that steers said vessel. Admiring a ship as it passes you by while simultaneously pretending it steers itself, is both ignorant and ludicrous.

Preference and worth are not the same, which is to say a woman's worth is not dictated by someone else's preference.

Perhaps you find parenthood appalling and unattractive. That doesn't, however, mean a woman who happens to be a parent — and has used her body to do so — is automatically desexualized. Or maybe you find perpetual singledom dreary. OK, but that doesn't make the single, childless woman less passionate, meaningful or fulfilled.

Of course, I didn't stop and say any of this to those three young men. Perhaps I should have. Half of me believes it isn't my job to educate the ignorant male masses, while the other half believes a single moment of possible clarity is worth exploring.

In the end, I ignored them and made my way to the swings. I wanted to see that particularly adorable smile my son wears when the wind hits his face.

And in that moment, I smiled too, for I knew that I was raising a man who would know better.