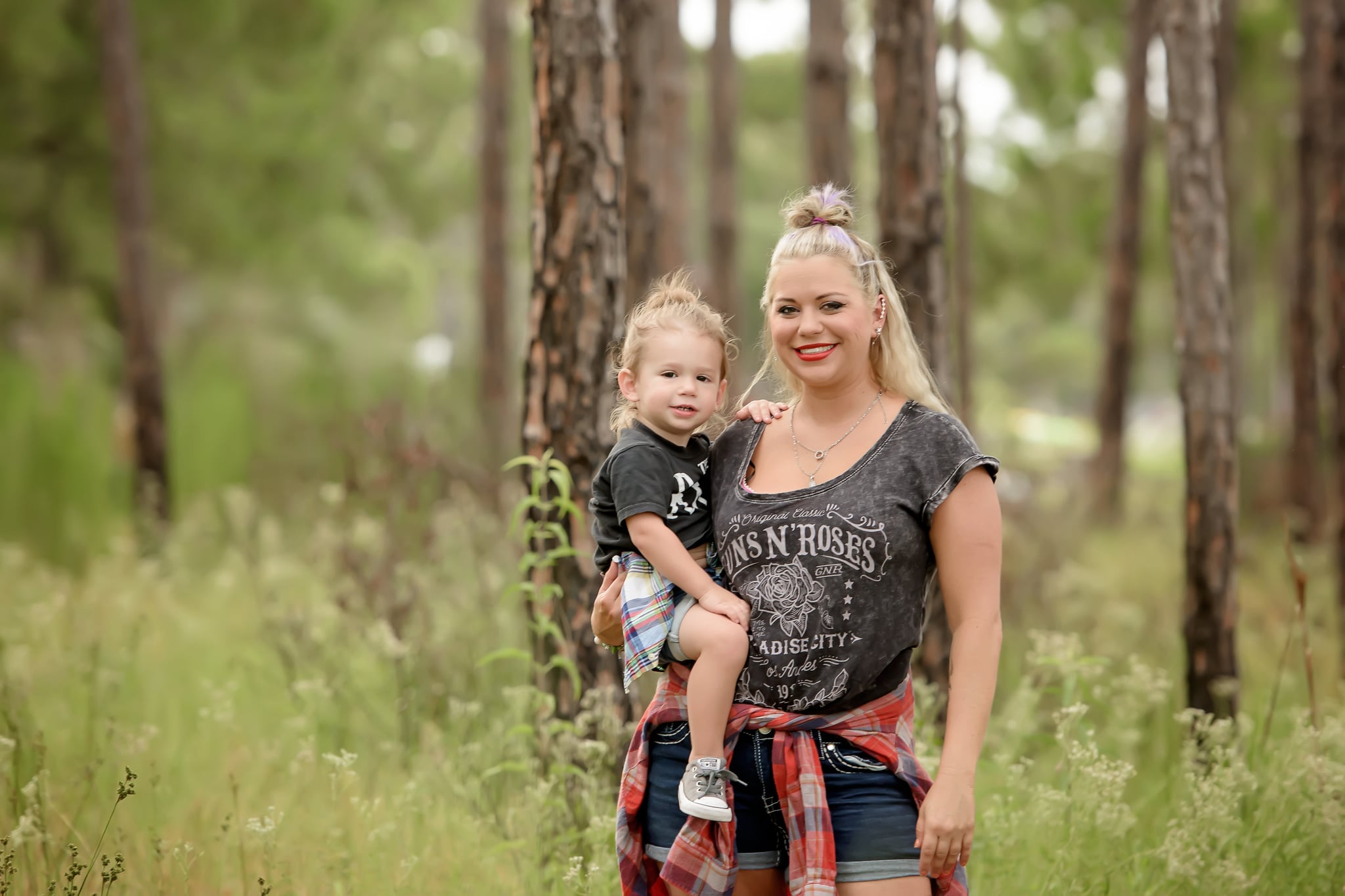 When I became pregnant with my son, my husband and I prepared for a change in our marriage. We knew it would take commitment to keep our relationship a priority, but we vowed to love one another and remain a team.

What I did not anticipate were the unthinkable circumstances that would ultimately change everything. A mere three days after giving birth to my son, I lost my husband, Justin, suddenly and tragically, to a stray bullet that improbably found its way into our living room.

Instantly, I became a widow, a single mom. Being thrust into this role has completely transformed my perspective on life and motherhood. I used to have my own strong beliefs about how a child should be raised by a stay-at-home mom. But now that I'm unable to follow my own rules, I realize just how unfair my old way of thinking was. As a widow, I've experienced firsthand the judgment and scrutiny single mothers face, and I'm still shocked by how harsh it can be.

When my son, Jax, was 4 months old, I visited my local DMV to update my address on my driver's license — and to list my mother as my new emergency contact. Nothing could have prepared me for the comment that followed: "I see you decided to trade in Justin and your house."

I cannot describe the hurt and disgust I felt as the words so thoughtlessly rolled off this stranger's tongue. How dare he assume I was "trading in" my husband? My anger only intensified when I realized he was hitting on me.

"My husband is dead, you assh*le," I thought to myself. I was about to let it go — until I thought about all of the other women who might get the same insensitive treatment and decided to speak up. "Actually, I'm a widow, sir," I explained. His face went pale as he stumbled over what to say next. He offered his condolences, but the damage was done. Hearing that just four months after my husband's death was enough to send me spiraling; I could barely get out of bed the rest of that day.

Although that man had no way of knowing I was a widow, I was bothered by the fact that a complete stranger felt the need to pass judgment on whatever situation had landed me in the DMV that day. So what if I had gotten a divorce or had a baby on my own? What business was it of his?

To help others avoid making a similar mistake, here are six comments you should avoid making to a single mom — all of which I've heard, by the way.

"Is it hard being a single mom?"

Ask any mom with a child under the age of 5 if life is hard and she'll fight the urge to throw a few animal crackers your way. Being the primary caretaker of a small child is challenging for any mom, single or not. So imagine my surprise when a fellow mother (who is not single) asks me this ridiculous question.

"Who has your child?"

I got asked this question a lot when Jax was a baby. I'd be out by myself or with a family member or friend and run into someone I knew. Since they knew I was Jax's only parent, they felt the need to ask about his whereabouts. I couldn't help but take it as judgmental. The old saying "It's not what you say, but how you say it" definitely applies here.

"My husband is out of town this week, and it's rough."

I've never had the luxury of experiencing how bad it must suck when your husband has to jet out of town for a week on business or work long hours. It's completely acceptable to be stressed about it and complain to him, your mom, or even your other mommy friends who aren't single moms. But please try to remember who you're talking to, because I'd give anything to have that problem.

"Where is his father?"

This one hurts. Since becoming a single mother, I've been asked this question many times, and my response always causes discomfort. No one expects me to say "I'm a widow." Then again, what response are they hoping for? That I'm divorced? That I had a baby using a sperm donor? That my husband is serving in the military? That I got knocked up by a one-night stand? Every response is likely to have some form of pain attached to it, so why would anyone think it's OK to ask this question? You might be curious, but frankly, it's none of your business.

"Don't you feel guilty when you have to leave him with a sitter?"

Why, why, why would you ask a single mom this question? Of course I feel guilty! I'm a professional musician, so I don't work a regular job, which actually allows me more quality time with my son. But it also takes me away most weekends, which sucks. Don't get me wrong: I love my job and I feel lucky to be able to say that. But I despise leaving my son for a night or two and having to see his face over a smartphone.

Being financially supported by my folks wasn't an option for me. I have to work. I don't have a choice in the matter. I'm sure many married working mothers feel the same way, because not all of us can afford not to work and live on one income. I commend you all!

"Are you coming alone?"

At first, this might not seem like a rude question, but to a single mom, it is. What you really want to ask is, "Are you bringing your kid?" or "Is it possible for you to get a sitter?" We can hear the panic in your voice and see the worry in your eyes that you might be subjected to spending an evening with a snotty-nosed, tantrum-throwing, conversation-stealing 2-year-old. To which I say: suck it up, buttercup. I have to work a lot, which means I won't pawn my child off on a sitter when I actually have an opportunity to spend time with him. We are a package deal, and I refuse to compromise that.

Before having a child of my own, I could never relate to the idea that being a mother is the hardest yet most rewarding job ever. But now, you can bet I identify with that sentiment. It's hard work, and I am grateful to my parents and Justin's for the continued support and love I receive on a daily basis. I hope that someday Jax will get to experience the traditional family structure I knew as a child; I hope one day to remarry and maybe even give him a sibling. But for now, raising him as a single mom is my journey — one that I'm proud to share with so many inspiring women.